Posted on December 5, 2017 by the drunken cyclist 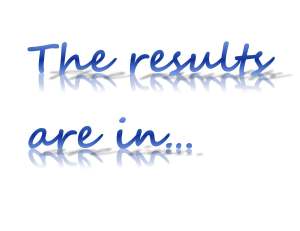 A lot has happened since I announced the winner of Monthly Wine Writing Contest #35 (#MWWC35): I spent a week in Santa Rosa for the Wine Bloggers Conference, where I saw some of the destruction from the wildfires first hand; I spent a week in Burgundy where I came down with what has to be the worst illness I have ever had to endure (OK, it is actually the second worst, as the first was particularly bad but for different reasons); and I continue to coach my son’s JV basketball team even though we regularly get pounded by 20 or more points (we lost our first game by 50).

This month, for #MWWC36, we witnessed the lowest number of submissions ever in the three-plus year history of the Challenge. Why was that? Who really knows? It could be the time of year–everyone has a ton to do (like getting beat by 30 points by a team that truly was horrible), the theme was particularly challenging (the guy who selected it is rather suspect), or, by employing Occam’s Razor, it just might be that this little Challenge has run its course.

Whatever the reason, there were still some fantastic entries and the voting was actually quite fervent. It really did come down to the last day, and in the end, the race was between two relatively newcomers to the Challenge, Chiara Giorleo and Dan Huffman.

It really was a close race all the way to the end, but by late last night, one pulled clearly ahead…

So with no further ado…

This marks the first time, I believe, that the winner of the Challenge does not have his/her own blog, which begs the question: Why not? Now, the world needs another wine blogger like it needs another cheesy Christmas song, but Dan’s writing clearly needs a regular outlet (and I am not just saying that because he spent the first few paragraphs of his winning entry praising last month’s winner, who happened to be me).

As for the Challenge itself? Dan’s “prize” is that he gets to choose the theme for the next Challenge, but I think it might be time to take a bit of a break, and try again in the new year, thus delaying the next Challenge for a month or two. Thoughts?

Have a safe Tuesday, everyone.

I have been an occasional cycling tour guide in Europe for the past 20 years, visiting most of the wine regions of France. Through this "job" I developed a love for wine and the stories that often accompany the pulling of a cork. I live in Houston with my lovely wife and two wonderful sons.
View all posts by the drunken cyclist →
This entry was posted in #MWWC35, #MWWC36, Monthly Wine Writing Challenge and tagged Monthly Wine, the Challenge. Bookmark the permalink.