Sundays Are For Sebastian Revisited (#191)

I am on the road again, this time in South Texas with the boys at a Dude Ranch. We are waiting patiently for our first horseback ride–we shall see how that goes. As is my won’t when I am away from home, I revisit a previous Sundays Are For Sebastian. This one comes from last summer….

I came home from a ride the other day, ready to watch the big game. I went to the living room to find the boys watching some pre-teen drivel, so I retreated to my bedroom. I turned on the set to find that one of the boys had activated the Closed Caption feature the last time they were in there watching T.V. (we have far too many screens already in the house, why they feel the need to also use our room is beside me).

After a good ten minutes trying to turn the damned Closed Captions off, I blew a gasket….

Sebastian came running upstairs, already with some terror in his eyes (which I found very satisfying, I have to say).

Me: “Why do you insist to turn on the Closed Captions? They drive me nuts! If you are going to watch T.V. in here, you are forbidden from using the Closed Captions! I can never remember how to turn them off! I have already spent ten minutes trying to figure it out! Turn them off, right away!!!”

Without hesitation, Sebastian, with tears welling in his eyes from my onslaught (again, I was rather glad about that), took the remote control and as he pushed a button he said:

The closed captioning disappeared, he sheepishly handed me the remote, very apologetically, and left the room. 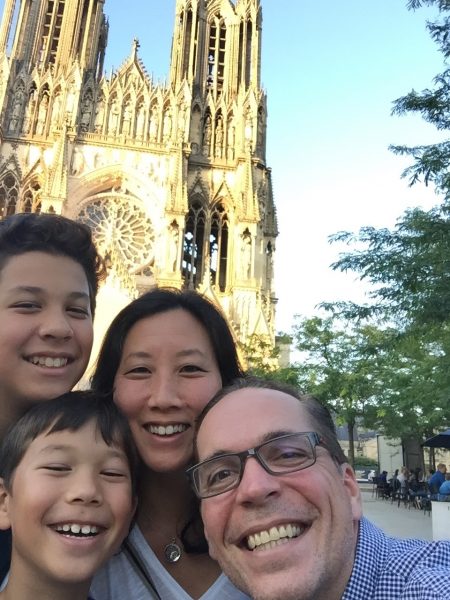 I have been an occasional cycling tour guide in Europe for the past 20 years, visiting most of the wine regions of France. Through this "job" I developed a love for wine and the stories that often accompany the pulling of a cork. I live in Houston with my lovely wife and two wonderful sons.
View all posts by the drunken cyclist →
This entry was posted in Wine and tagged Seba. Bookmark the permalink.