Ohmygod–Part 25 A Couple of Nights in Jouarre Part Two

Posted on August 1, 2014 by the drunken cyclist

It is the beginning of another month and thus time for another installment of the Ohmygod saga (to catch up on the previous installments click on the Ohmygod menu up top). As you will recall, I used to be a cycling tour guide in Europe for several years. Through that job (yes, it is a bit difficult to call it a ‘job’) I met countless interesting people and have a few compelling stories to tell, but most of them pale to the story of Ohmygod, one of the clients that I had for three weeks. Some may wonder about the moniker, but the name chose itself really; it is what I uttered repeatedly during just about every interaction with him.

In the previous installment (Part Twenty-Four), the entire group managed to make it up the hill to Jouarre, and we had just sat down to dinner when I was summoned to the bar by the owner who indicated that there was water dripping from the room above the bar–Ohmygod’s room. 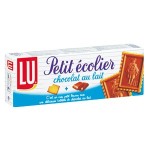 There was also two empty beer bottles, a third of a baguette and an empty jar of nutella (no indication on whether the jar was emptied by the other 2/3 of the bread, but my guess was “yes”), a French newspaper (?), an open box of Petit Ecolier cookies, with a half a cookie left, a jockstrap (ew), his bike (?!?), and about five centimeters (two inches) of water on the floor. The “shower” was a bathtub with a hand spraying device (which was dangling over the side of the tub, but no water was emanating from it). The owner, to his credit, paid no attention to the ancillary damage, but asked me what happened. 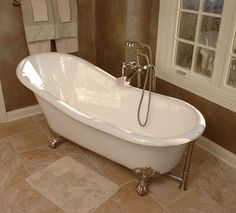 I then translated the question to Ohmygod, he went into a several minute virtually incomprehensible diatribe, concluding with him turning on the water to the shower head. Instantly, water not only shot out of the head, but also out of an apparent hole in the hose very near where it attached to the faucet. The owner acted quickly, shut off the water, and started apologizing profusely. He was turning a bright shade of red, embarrassed about the malfunctioning hose. Since he had only just met Ohmygod, he obviously did not suspect that the hole in the hose was likely caused by some act of the room’s occupant—I was betting that he had used it as some sort of climbing rope so that he could get into the tub, or perhaps as a tether as he tried to reach the remaining Petit Ecolier over on the vanity. Regardless, there was no doubt in my mind that he was at the root of the mishap. The owner had already summoned a housekeeper, however, and she arrived with a mop and a stack of towels, and set about cleaning up Ohmygod’s mess, so I felt no need to further interrogate my anti-diva.

Instead, we returned to the dining room, where they others seemed to be having a grand time (champagne has that effect on people). Luckily, they had not yet polished off both bottles, so I was able to get a flute as soon as I sat back down. We were seated at a rather large table in the center of the dining room, and fortunately, Ohmygod was as far away as possible given the set-up. I was sitting at one end of the table and was quickly engaged in conversation with CC, Paul, and Maggie. CC was laughing about the climb up to Jouarre and mentioned several times how I had “rescued her” by coming back down and taking all her gear and bike back up. She went so far as to say the words “my knight in skin-tight armor” after the third mention.
Oh boy.
I did not have much time to ponder this potentially troubling development before our meals arrived, which luckily gave me the opportunity to change the subject. I was anxious to hear what Paul thought of the food, as he had told me that he fancied himself a bit of a gourmet chef wanna-be and one of the main reasons he came on the trip was to play close attention to the food and how it was prepared.
Our pleasant conversation continued for a few minutes before I was nudged by Maggie, who then motioned down to the other end of the table. The sight was not pleasant–Ohmygod was gorging himself–he seemed to be a contestant in an eating competition as he was packing as much food as he could into his mouth without seemingly chewing. I was aghast, but as repulsive as it was, there was something odd that I could not quite place to the way he was devouring his plate of beef bourguignon.
Then I noticed his fork and knife. They were still at their proper table placement.
Untouched.
He was eating the dish with his fingers.
Ohmygod.
Continue to Part 26.

I have been an occasional cycling tour guide in Europe for the past 20 years, visiting most of the wine regions of France. Through this "job" I developed a love for wine and the stories that often accompany the pulling of a cork. I live in Houston with my lovely wife and two wonderful sons.
View all posts by the drunken cyclist →
This entry was posted in Humor, Ohmygod and tagged Brie de Meaux, Ohmygod, Paris. Bookmark the permalink.