Feeling the Blahs? Head to your Trento DOC (Part 2)

Even as recently as 20 years ago, most people referred to all sparkling wine as “champagne.” While there are still many who do use the term as a catch-all for all wines with bubbles, a growing number of consumers understand that all sparkling wine is not champagne.

More importantly, over the last score years or so, the popularity of sparkling wine has seen 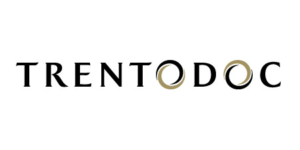 a rather steady increase, particularly over the last decade, largely driven by, who else, those pesky millennials. As a result, a number of wine regions are increasing their sparkling production.

Quality sparkling wine has been made in the Trentino region for over a century—Giulio Ferrari started making the first sparkling wine in what is now the Trento DOC in 1902. The region received its D.O.C. (Denominazione di Origine Controllata) in 1993, one of the first worldwide sparkling appellations after Champagne.

This past June, I was asked to participate in an online tasting of a dozen sparkling wines from the region, which I tasted over the course of a few days.

N.V. Moser 51,151 TrentoDOC Brut: Retail $26. 100% Chardonnay. I pulled this out and looked at the label, specifically at that curious number. My wife came into the room, for a taste of the wine and immediately asked about the 51,151. “What does that mean?” I could not immediately recall, but the number was frighteningly familiar. She tried the wine (and liked it) and left the room. A minute or two later, it hit me, and a Google search confirmed it. The Moser winery is owned by none other than Francesco Moser, whom not many people would know unless they happened to be a huge cycling geek, like, well, me. Francesco grew up working in his family’s winery before going on to a storied professional cycling career. And in 1984, Francesco Moser smashed the hour record that had been held by the greatest cyclist of all time, Eddy Merckx, by riding 51.151 kilometers in an hour (Merckx had travelled 49.431 km). For cycling professionals (and therefore also for gear heads like, well, me) this might be the record to hold.

Soft stone fruit (peach) and a bit of green apple with subtle yeast notes initially, with bright and clean flavors (tons of peach) on the palate. The fine bead dances on the tongue, and the acidity maintains the focus all the way through to the finish. Very Good to Outstanding. 89-91 Points.

N.V. Letrari Brut Riserva TrentoDOC: Retail $30. 85% Chardonnay, 15% Pinot Nero. There is more tree fruit–pear and peach here with just a touch of baked goods on the side. On the palate great balance, with the tartness up front, the peach really comes through on the mid palate. the finish is equally as fruity, and last for close to a minute. Very Nice. Very Good to Outstanding. 89-91 Points.

2011 Ferrari Perlé TrentoDOC: Retail $35. 100% Chardonnay. Ferrari is perhaps the most widely known producer in the region, and is largely available in most above average wine shops. That is not to suggest that Ferrari is “average” far from it. Pale yellow with a delicate sparkle, with aromas of freshly baked bread, pear, and citrus. Great tartness on the palate with green apple, bright citrus, and a bit of yeastiness, particularly on the lengthy finish. Very Good to Outstanding. 89-91 Points.

2013 Altemasi Brut TrentoDOC: Retail $22. 100% Chardonnay. A brilliant golden apple color in the glass, matched by a distinct golden apple aroma, mingled with the baked yeastiness that is characteristic of a classic method sparkler, particularly vintage wines. Particularly dry on the palate with the golden apple really coming through initially, followed almost immediately by a fresh-out-of-the-oven baked pie goodness. I know wine people like to use descriptors like “baked apple pie” when describing sparkling wine, to the point of becoming cliché, this proves the point that there is usually at least a scintilla of truth behind clichés. 92.

2013 Rotari Rosé TrentoDOC: Retail $20. 75% Pinot Noir, 25% Chardonnay. I saved this for last for two reasons. The first? I went on a press trip to Mezzacorona/Rotari a few years ago and it was a ton of fun–I have many fond memories of the people and the wines. Second? It was last in the tasting online. Coincidence? Probably not, but this is certainly one of my favorite wines–slight pink hue with strawberry, raspberry, and minerality on the nose. Initially, on the palate, the wine is surprisingly restrained with the minerality coming through first, followed by the juicy red fruit on the mid-palate, and the acidity and that same minerality returning on the lengthy finish. I have not seen many rosés from the region, but this is particularly noteworthy. Very Good to Outstanding. 89-91 Points.

I have been an occasional cycling tour guide in Europe for the past 20 years, visiting most of the wine regions of France. Through this "job" I developed a love for wine and the stories that often accompany the pulling of a cork. I live in Houston with my lovely wife and two wonderful sons.
View all posts by the drunken cyclist →
This entry was posted in Chardonnay, Pinot Noir, Wine. Bookmark the permalink.

4 Responses to Feeling the Blahs? Head to your Trento DOC (Part 2)