Sundays Are For Sebastian #226

Sebastian is my ten-year-old and he says some of the funniest things–we have no idea where he gets his material since his mother and I are rather boring, serious people.

Recently, both boys have taken a particular interest in what parts of their physical appearance and emotional make-up they received from each of their parents. Nathan, fortunately, got his lush hair from his mother, but unfortunately his well above-average height from his father. Unfortunately, Sebastian got his rather thin hair from me, but we have no idea where he got his finicky eating habits.

As we were getting out of the car one day, Nathan stumbled and I alluded to the fact that his mother is, well, far from graceful.

A bit later in the day, I received Nathan’s report card, which was less than stellar.

As I was scolding him, I kept the theme of the day going by stating that I had no idea where he received his sub-par approach to schooling (both his mother and I received excellent grades).

Perhaps wanting to come to the aid of his brother who was under siege, Sebastian added: “Did he get that from me?” 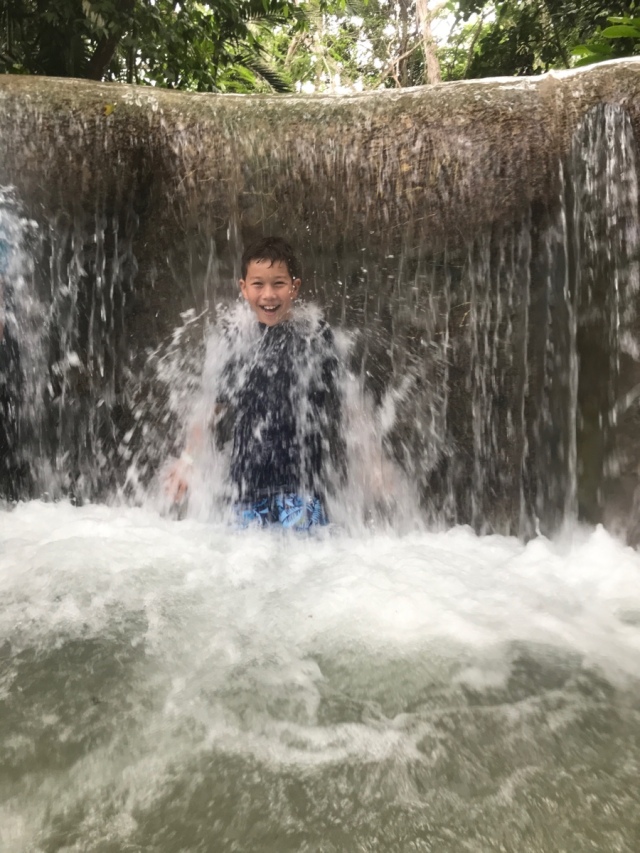