Sundays Are For Sebastian Revisited (#233)

Posted on December 22, 2019 by the drunken cyclist

Like many, we are running around this time of year, with not much time to think about anything other than the season. So here is a Sundays Are For Sebastian from last year….

Sebastian is my ten-year old and he says some of the funniest things–we have no idea where he gets his material since his mother and I are rather boring, serious people.

Last year at this time, I lamented the possibility that Sebastian no longer believed in Santa Claus. While I had no proof of such, the discussions of jolly Saint Nick were scarce. Now, a year later, not much has changed–he rarely talks about Santa, but there are cursory mentions of the man in the bright red suit.

It now seems to be a case of who will blink first: Sebastian or his parents. As I head off to the mall to ponder that showdown, I leave you with a picture of his Christmas list from two years ago, when he still appeared to believe…. 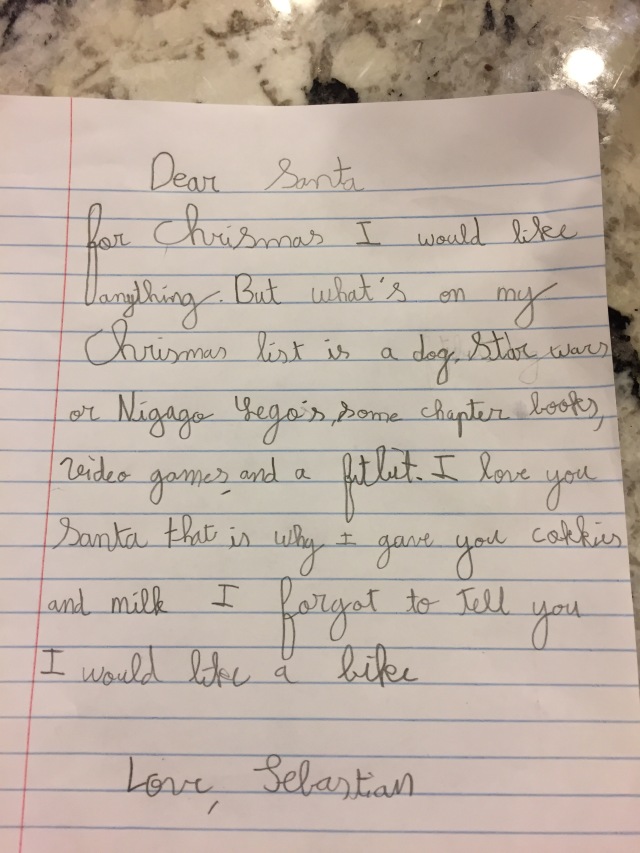 1 Response to Sundays Are For Sebastian Revisited (#233)