Over the past several days, my inbox has been inundated with companies, wineries, individuals, politicians touting their appreciation for their customers, readers, constituents and how they value the safety for all. While I have little reason to question their sincerity or their resolve, the messages are, at-best, repetitive.

The virus is bad and no one wants to be associated with stuff that is bad. That is why the Cincinnati Bengals have no fans, the Hummer is no longer being made, and Mitch McConnell has seven chins (not sure that last one proves my point, but it needed to be said).

Over the past few days, in addition to making sure my kids are doing what is required for their now online classes, I have been consuming mass amounts of media (instead of, say, working?). What I have discovered is that just about everyone has an opinion of what to do (or not to do) and given that there is practically no useful or reliable information coming out of the federal government, just about every “expert” out there is given his/her 15 minutes of fame to spew whatever (dis-?)information they choose.

“If you’re healthy, you and your family, it’s a great time to go out and go to a local restaurant, likely you can get in easy. Let’s not hurt the working people in this country…go to your local pub” pic.twitter.com/jXdhOfwe9R

Wash Your Hands. I have decided to wash my hands of all politicians as they seem to have absolutely no idea what they are talking about (see below). The only people that seem credible are the medical professionals, particularly if they are wearing their doctor-smock-thingy. So from now on, unless you are wearing a white coat, I’m pretty much done listening to you. Unfortunately, my wife owns a few white coats (all with her name on them) so this remains a bit of a work in progress.

Alcohol-based. There has been a run on alcohol-based solvents like Purell since, apparently, the pesky little virus can’t survive in alcohol. You know what else is alcohol-based? Alcohol. And I intend to consume lots of it. I am not going anywhere nor seeing anyone the entire damned day so I might as well do that with a drink in my hand. Mere water will not defeat the virus, so I see that as a reason to booze it up.  I recently started getting into Scotch. As in Whisky, not whiskey. Does that make me un-American? Hardly, but I had a tasting recently with Tomintoul, a small-ish Speyside Whisky and that stuff is legit. And all that stuff is at least 40% alcohol. Need I say more?

(My son assured me that the usage of the word legit here is in fact, “legit” so if you take umbrage, call him–cell number available upon request.)

Social distance. There is clearly no consensus on what constitutes a “social gathering.” Some say no public gatherings of more than 50 people. Others say that the number is ten. All this while the doctors are saying to pretty much avoid people altogether. It reminds me of the joke of the guy who goes to a doctor and says: “Doc, it hurts when I go like this.” And the doctor replies: “Then don’t go like that.” Pretty sage advice. Apparently, person-to-person contact is the easiest way the virus spreads, so I’m avoiding all people–most of them just piss me off anyway.

Flatten the curve. I usually do not start drinking until 5 p.m. While that is not a hard and fast rule, I pretty much adhere to it, certainly on average. I also tend to stop drinking by 11:00. Again, not written in stone, but it all averages out. Thus, that graph looks like this (more or less, with zero on the x-axis representing noon):

Now, everyone is clamoring for the need to “flatten the curve” but in order to do that, I am pretty sure that would mean I need to start drinking a heckuva lot earlier, by my calculations, around 10 a.m. as shown here: 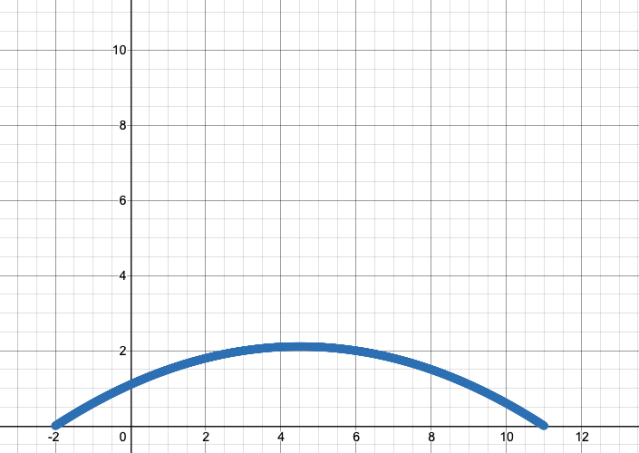 So yes, math proves it–start drinking at 10 a.m. and don’t stop until you go to bed. Math never lies people, not like those dopey politicians.

Please realize that (most of) this post was written tongue-in-cheek. I hope everyone is washing their hands regularly, limiting their exposure to other people, and staying home. This will hopefully pass at some point, but we all need to be smart and only go out when absolutely necessary. Stay healthy.