What is More Maligned than the Selfie Stick?

Posted on December 9, 2015 by the drunken cyclist

I am the first to admit that I am not a trend setter: I just started watching Game of Thrones this year, I have not knowingly Whipped nor Nae Nae-d (is that a verb), and I bought my first Rubik’s Cube last year. Thus, when I was asked to review the XShot GoPro Pole, I thought it was some kind of cruel joke–I did not even take my first selfie until about six months ago.

Figuring that we would soon be moving from our fair city of Philadelphia, however, I thought it was time to come out of my self-applied fear of trends cocoon and embrace the selfie stick. I rationalized that, at best, it would provide a bit of fun for the boys and me as we started to say good bye to their only home and at worst it would provide a bit of fodder for the blog.

Don’t get me wrong, I had as much disdain for the selfie stick as the next guy (probably more) since while I did not follow actual trends, I was usually at the forefront of mocking said trends (since, like most people, I ridicule that which I do not understand).

But I was ready for some growth, so I said “OK.”

As soon as the package was handed off by our dear brown clothes clad friend, the boys were enthralled. The stick comes with rather spartan instructions for its use, but my older son figured it out in no time and they were off with my phone taking selfies all over the house. Eventually, I had to hide the the stick as they wanted to take selfies using the XShot All. The. Time. Here was their first:

Soon, my younger son, Sebastian, got a hold of the stick, and he quickly went to work:

Since they were clearly having a blast with the XShot, I decided that weekend we would head out and take some photos of us in front of some of our favorite Philly landmarks. We started at the Art Museum, just a few blocks from our house:

One of the many statues of George Washington in Philadelphia, this one at Eakins Oval across from the Philadelphia Museum of Art (Nathan, center, was operating the XShot).

We then headed across the street to the Museum and the statue of Rocky. While we were waiting in line to take a picture in front of Philadelphia’s most famous fictional character, I overheard a conversation between the two tourists behind us, who were voicing their disdain for selfie sticks in general and the people who use them in particular.

Suddenly thrust onto the other side of the “debate” I found myself feeling the urge to defend my use of the stick. I thought about an ad hominem attack initially since the two clearly had no intention of going inside the actual museum, they were only there to get their picture of a fairly poor statue. In the end, I refrained, as the boys and I were on a mission and we could not be deterred.

I used the XShot here, Rocky is the one with his hands in the air.

As we jumped back in the car and headed across town, I started wondering why so many (including me just a couple of weeks prior) have such disdain for the sefie stick. Selfies have become ubiquitous and I dare say they are likely the top method for taking photos today. Rarely do you see people taking the time to ask a passerby to assist with a photo any more (one could argue that this is a bad outcome as it limits interaction between strangers, but I’ll save that for the social commentators).

In West Philly, with perhaps the best view of the Philly skyline (Sebastian operating the XShot).

Selfies have taken a place in social circles right next to texting, Siri, and butt-calls, but the selfie stick remains on the fringe. I contend that selfie sticks are to selfies what the tripods are to photos–neither are necessary, but both result in a better picture. 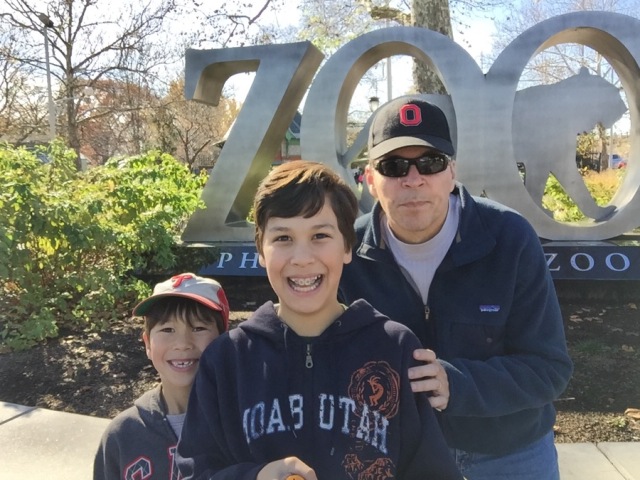 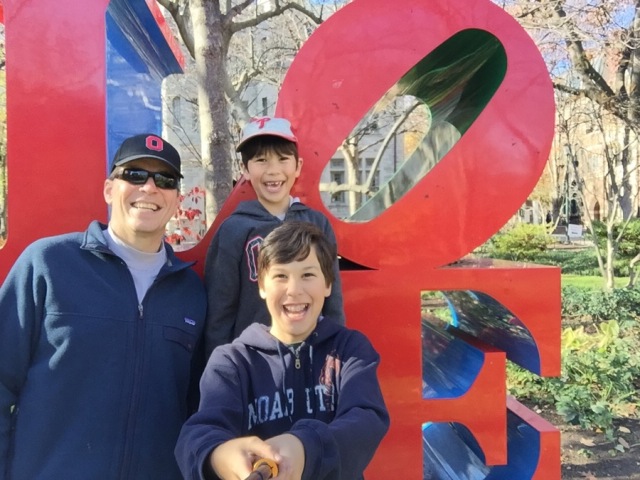 We headed south to Penn’s campus where I spent a good portion of my first several years in Philly working on my dissertation. This is a replica of the original Love Statue, which is located at the aptly named “Love Park” in Center City.

OK Philly residents, where was this taken?

My wife was feeling left out so we headed over to the Rodin Museum after the Thangsgiving Day parade.

A few weeks later, we headed down to Orlando for a few days, surprising the kids with a couple of days at Universal Studios. I debated whether to take the XShot, since we were not going to check bags on the flight. After checking with the airlines, most of whom accept selfie sticks on the plane, I decided to check with the parks down in Orlando. 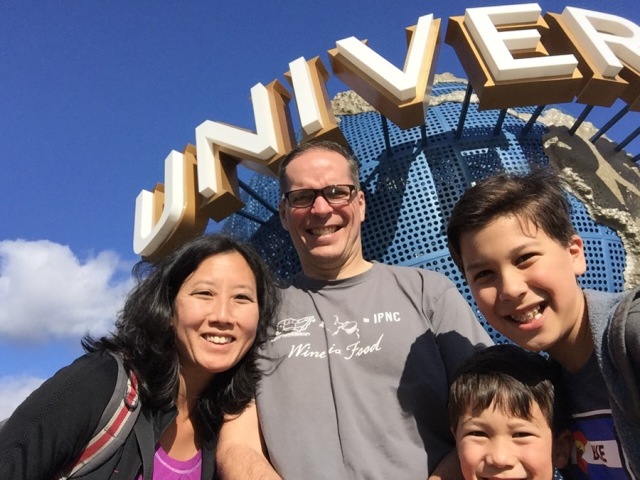 I am operating the XShot here, which is why I appear somewhat constipated–trying to get both me and the short little guy in the same shot is challenging.

Universal Studios allows them, but not on the rides (which is not a problem since free lockers are ubiquitous in the park). Disney World, however, has banned selfie sticks altogether.

In my mind, that is just stupid. I have come (almost) a full 180 on the selfie stick and once I started using it, I started paying attention to other selfie stick users. Generally speaking, they are just like anybody else, in fact, they seem to be even more polite than most people you run across. So why all the selfie stick hate?

Although not exactly inexpensive ($55), the XShot is easy to operate and understand, and it is well-made and durable. It does not come with a remote (which I believe are available elsewhere), but we used the three-second timer on the iPhone, and that worked really well.

In the end, if you have kids, get a selfie stick–even if you would rather mock trends than follow them, it does not mean you have to pass that on to your kids. I can honestly say that the boys and I have not had more fun taking photos than we have with the XShot.

Besides, how else are you going to get photos like this? 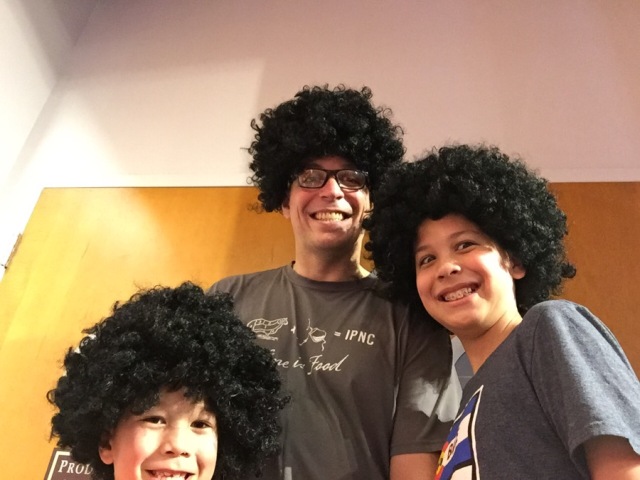 23 Responses to What is More Maligned than the Selfie Stick?