Bucking a Trend with the Fenix BC21R Bike Light

Back in the Spring, I received the Fenix BC21R Bike Light to review (currently on sale for $75 on the Fenix website). For my day job, I commute by bike and I was really looking forward to giving the light a good test. The problem was, they sent the light right around the switch to daylight saving’s time, so I am not getting around to the review until now. 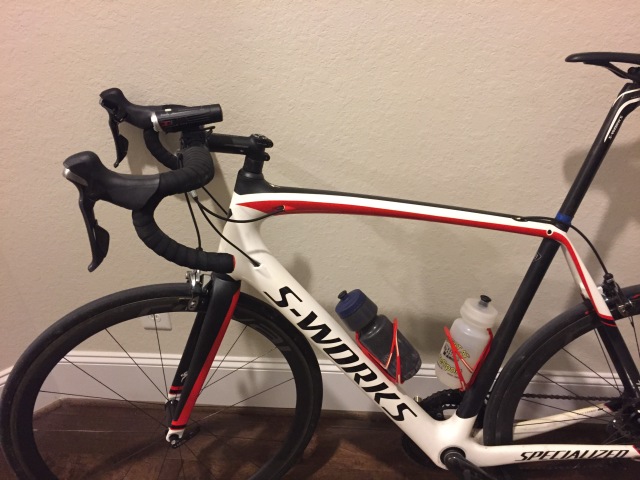 My trusty steed with the Fenix BC21R mounted on the bar.

I really hate to admit this, but I am a brand loyal kind of a guy. I pretty much only wear Nike shoes since we received them for free on my college basketball team (Go ‘U’ Bears!). Despite the compelling evidence provided by my physician wife, I will only take Advil even though all ibuprofen is (apparently) the same. And unless it is Crest toothpaste, well, there is a problem since that is the brand that was foisted upon me by my loving mother.

Then there are all of my cycling loyalties, and they are a bit more entrenched. I won’t go too far down that rabbit hole since if you are not a cyclist, you will only be convinced that I am hopelessly OCD and if you are a cyclist, I will not be telling you anything that you do not already know.

A bit of background nonetheless: I used to manage a bike shop in Northern California and I remain quite loyal to many of the brands that we sold in that shop (the store was in Sausalito, California, which just might be one of the most fantastic places to live in this country). I raced on Cannonade bikes because we sold them (and my store was the top seller of the brand in the country one year); I wore Carnac shoes (which are now defunct), I only used Continental tires (even though they are German), and thanks to a generous sales rep, I will only wear Oakley glasses (either sun or prescription).

There was one more. Marin County is the home of the mountain bike and even though I had no real experience in the genre, once I started working at the shop, it was clear that I needed to embrace the dirt (i.e., mountain biking). The mountain bike was invented on Mount Tamalpais, the iconic mountain in Marin, by a host of the county’s residents: Joe Breeze, Gary Fisher, and Tom Ritchey (among others).

The problem is that in Marin, the home of the mountain bike, on the very mountain that gave birth to the most significant development in cycling over the last 100 years, riding a mountain bike on Mount Tamalpais single track (arguably the most enjoyable type of mountain biking) is illegal.

It’s against the law.

And you will get fined if caught.

(I will neither confirm nor deny if that ever happened to me.)

As a result, we did what we had to do: we rode in the middle to the night.

On a couple of planes, this was stupid. First, I was not the most able of mountain bikers in daylight, so riding at night was really idiotic. Second, the rangers patrolled the trails 24/7 and I heard many stories of riders getting caught, having their bikes confiscated.

Riding at night is really, really fun. Yeah, there is the added element of danger, but there is something about slicing through the darkness at speed that is really addicting. 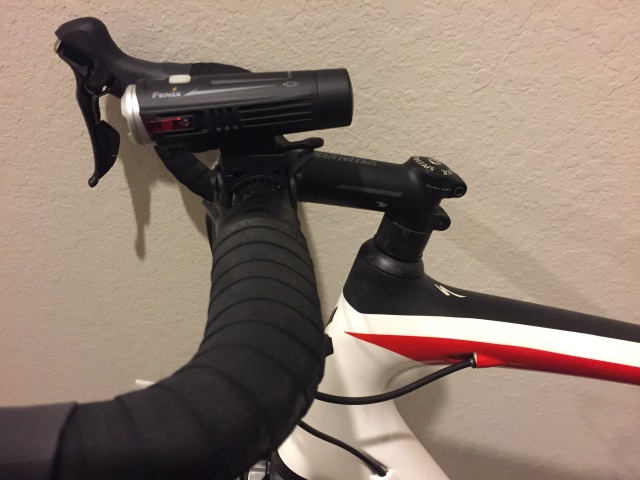 A good light, however, is essential–not only to see, but also to be seen.

Thus, relatively early on, I invested in a light that was more than I could afford at the time. The brand was Nite Rider (cue David Hasselhoff video) and it was the state of the art. I invested in the next-to-the-top of the line model, and I was the coolest guy on the group ride (until I would invariably crash and break something).

And I remained loyal to that brand for years.

The Fenix BC21R up close.

Why? Simply put, the Fenix BC21R is the best bike light I have ever used. Easy to mount, a breeze to operate, and it casts a light that not only illuminates your path, but also refracts light to announce your presence to other vehicles around you. 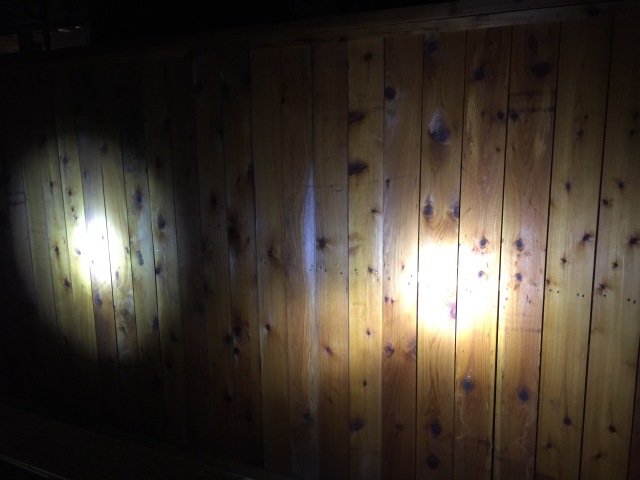 The Fenix BC21R is on the right–much more refracted light cast (the two lights were equidistance from the fence).

If you ride at night, you really can’t go wrong with Fenix.

Disclosure of Material Connection: I received the Fenix BC21R for free from Fenix in consideration for a gear review. All the opinions, however, are my own.

I have been an occasional cycling tour guide in Europe for the past 20 years, visiting most of the wine regions of France. Through this "job" I developed a love for wine and the stories that often accompany the pulling of a cork. I live in Houston with my lovely wife and two wonderful sons.
View all posts by the drunken cyclist →
This entry was posted in Cycling. Bookmark the permalink.