Tales from Alentejo: Much to Love at Mouchão

Posted on February 15, 2018 by the drunken cyclist

These last few weeks, I have been chronicling my trip to Portugal last Spring. The trip started on a Monday in late May with a visit to the medieval town of Monsaraz, and the wineries of Esporão, and José de Sousa. Tuesday started with a trip to Cartuxa, and Wednesday morning we found ourselves at Dona Maria.

Later that same day, we headed northwest to Herdade do Mouchão, a century old winery with its roots firmly in the business of cork, where we were to meet Iain Reynolds Richardson, whose family has owned the estate for six generations.

Alentejo produces about one-third of all the cork produced in the world and although our drive was brief—only about 30 minutes—we saw plenty of evidence. We passed countless sobreiros (cork oak trees), dotting the rolling hills in an undecipherable haphazard pattern. The gnarled and seemingly hopelessly tangled majestic oaks were in various stages of undress: The more vibrant the color of the wood, the more recently the bark had been harvested. Each trunk was marked with a distinctive numeral, from 0-9, indicating the year in which the bark was last harvested; it generally takes 9-10 years for the otherwise unharmed tree to regenerate its bark.

With careful observation, the “1” painted on the trunk is fairly obvious.

The story of Mouchão is inextricably interlaced with cork production as the roots of the winery trace back to the early 19th Century when Thomas Reynolds, a port merchant in Oporto, came to Alentejo to become more involved in the growing cork industry.

Three generations later, his grandson, John Reynolds, expanded the family’s holdings and bought a considerable amount of additional land in Alentejo including the 900 hectare (2,300 acre) Herdade de Mouchão. The idea was both to increase cork production and to start a winery and he planted the first vines in 1901. 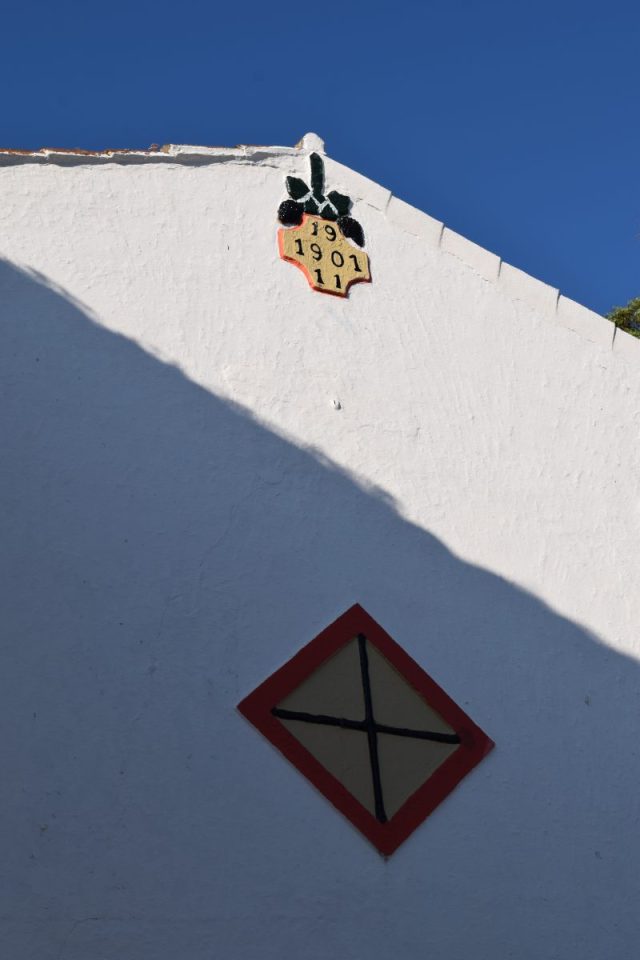 The winery’s bodega dates from 1901, when the first vines were planted.

Despite the subtle shifts over the last two centuries, Mouchão remains largely unchanged, still farming cork, olives, and various grains, and raising sheep (over 1000 head) and pigs. One of the bigger modifications occurred in 1991, though, when electricity was finally brought to the property. 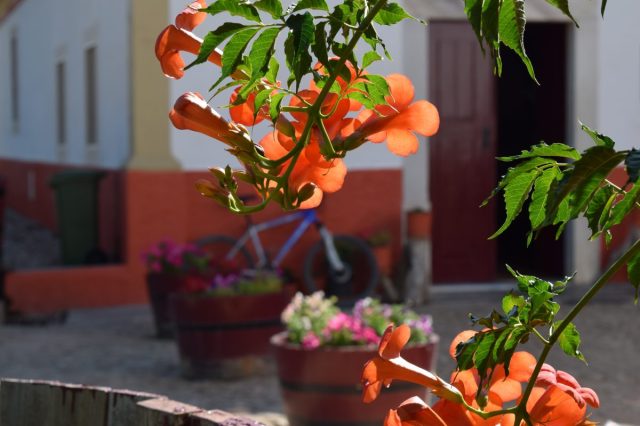 “Bucolic”– a word that frequently popped into my head while strolling the grounds at Mouchão.

Another significant change over the years has been the reputation of Mouchão wines. More vines were planted in the 1950’s (there are currently 40 hectares under vine) and Mouchão adopted a more serious approach to wine production, opting to increase quality and bottle the wine for retail in lieu of selling off the production as bulk wine.

Like many wine producers at the time, following the Carnation Revolution of 1974 the government seized the property, which was not returned to the Reynolds family until more than a decade later. By that point, the vineyards had fallen into disrepair and all the vineyards were eventually replanted (the oldest vines now date to 1988).

Today, Mouchão is widely accepted in Portugal as one of the top producers of dry wines in the country and generally receives the highest accolades from critics.

The ruggedly handsome Iain Reynolds Richardson, in one of Mouchão’s nine lagares where grapes are still trodden by foot.

I probably could have talked to Iain the rest of the afternoon about cork, farming, and wine production (he used to also serve as the winemaker at Mouchão, but reluctantly relinquished that aspect of running the estate a few years ago), but there were wines to taste and a schedule to keep. 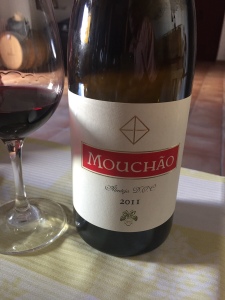 2011 Herdade do Mouchão Tinto, Alentejo: Retail $55. 85-90% Alicante Bouschet, the rest Trincaidera. The flagship wine since 1954. Raspberry, but muted. Quite shy actually. Lavender and eucalyptus. Incredible fruit but just a baby with loads of tannin still. But this is fantastic and will likely get even better. Whoa. Outstanding. 93-95 Points.

2011 Herdade do Mouchão Tonel 3-4, Alentejo: Retail $175. 100% Alicante Bouschet. Perhaps the wine from Alentejo, this is certainly a bucket list kind of wine, only made every 2-3 years. Vinified in the winery’s two best Tonneaux (Tonel). Mocha and just a hint of Bret. Rich and intense. Really just a baby. But whoa. This will permanently squash the notion that Portugal only produces inexpensive, thin wines. Whoa. Outstanding Plus. 96-98 Points.

2011 Mouchão Vinho Licoroso: Retail $40. 100% Alicante Bouschet. Fortified with the same ‘eau-de-vie’ Port spirit used in Porto, aged in oak for four years. The name (“vinho licoroso”) is the official designation of the Port style of wine. Wow, plenty of stewed plum (I guess that would be prunes?), and oodles of spice. Very nice. Outstanding. 92-94 Points.

I have been an occasional cycling tour guide in Europe for the past 20 years, visiting most of the wine regions of France. Through this "job" I developed a love for wine and the stories that often accompany the pulling of a cork. I live in Houston with my lovely wife and two wonderful sons.
View all posts by the drunken cyclist →
This entry was posted in Alicante Bouschet, Antão Vaz, Aragonez, Arinto, Syrah, Touriga Nacional, Trincadeira, Wine. Bookmark the permalink.

9 Responses to Tales from Alentejo: Much to Love at Mouchão