The Largest Blind Tasting of American True Rosés in History

That is what I am calling it.

For as long as I can remember, I have had a penchant for hyperbole. It often got me in to a bit of trouble, particularly as an Ohio State fan growing up in Southeastern Michigan (for those of you that does not know what that means, imagine an anti-gun activist attending the National Rifle Association’s annual convention).

Over the past several weeks, I have been amassing American True Rosés. I originally hoped to have the tasting last month, but with every week, a few more wineries would contact me to enter wines. 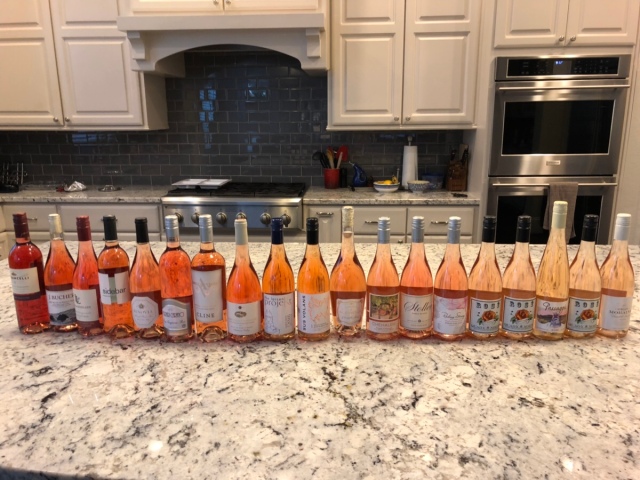 A good selection just a couple of weeks in.

So I waited, but no longer. I will be hosting the tasting at some point in the next five weeks (I am still trying to finalize the date with a few other writers). Will it actually be The Largest blind Tasting of American True Rosés in History?

I have no idea, but it has to be close. 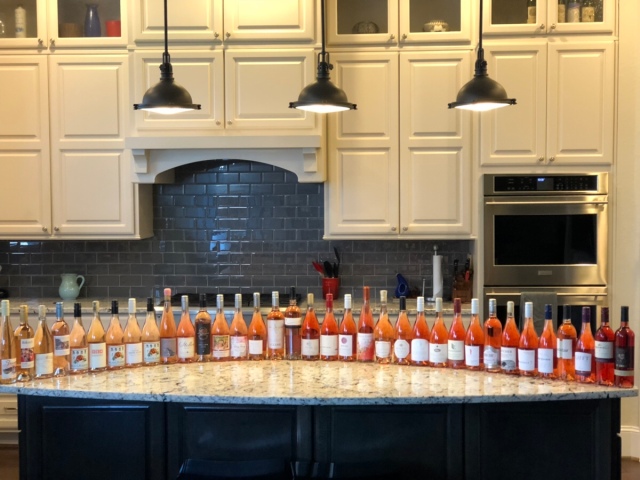 After a couple more weeks, they multiplied.

Why I am I so sure? Well, for some reason I can’t explain, there are not many people out there espousing the virtues of True Rosé. The proof lies in the term “True Rosé” itself–I coined the term since there is no consensus about what to call a rosé made intentionally. What does that mean? Until relatively recently, most American dry rosés were a byproduct of red wine production. In that process, shortly after harvesting the grapes, winemakers would bleed off a portion of the juice (usually around 10%) so that the remaining juice would be further concentrated (much of the flavors and complexity in red wine comes from the grape skins during fermentation, by reducing the volume of juice, those skins have a greater impact).

Often, that bled off juice would simply be sold off as bulk wine or, more simply, would go down the drain. At some point, a fiscally responsible producer decided to take that bled off juice, vinify, bottle, and sell it. Since it had acquired some color from its brief interaction with its skins, it was called a “rosé.” The French call this the “saignée method” (saignée is French for “bled”).

The problem, in my mind, with saignées is simple: the juice comes from grapes that were raised to be red wines. Why is that a problem? Well, generally speaking, grapes for red wines are allowed to ripen longer (for at least a couple of weeks) than if the grapes were intended to become a rosé. Over those two or so weeks as the sugar content of the grapes increases, their acidity drops quite a bit as well.

And acidity is vital in making a rosé.

True Rosés, on the other hand, are made from grapes that were farmed and harvested with the intention of turning them into a rosé wine from the beginning. As rosés become increasingly popular in the U.S., more producers are making True Rosés since the difference in quality of the resulting wine can be significant.

While there is little consensus what to call this preferred method. I have seen “intentional”, “pressed”, or even “bespoke” to refer to True Rosés to distinguish them from saignées, winemakers of such wines seem to be uniformly enthusiastic about their rosés. This despite the fact that rosés are not a huge monetary draw–the market does not yet seem to support pink wines much above $25 or $30.

Last year, I gathered a group of local writers to taste through 29 True Rosés (there were actually a couple of saignées that snuck in). About half of those wineries sent two bottles of their wine, which I stored in my cellar. Why? My contention is that well made True Rosés, in addition to being categorically better than saignées, also can age and evolve for at least a few years after their vintage, which is why they will be included in this year’s tasting. 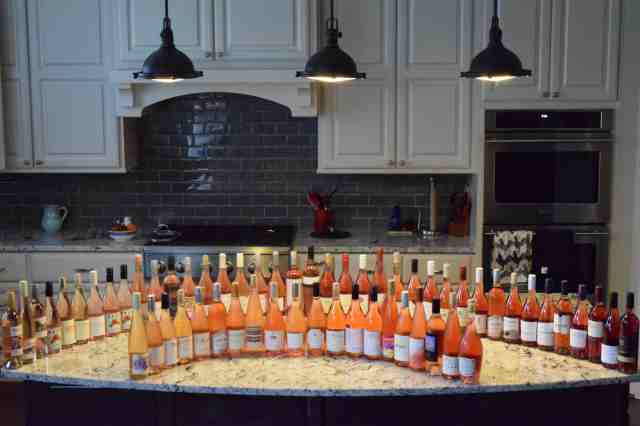 And it got crazy once I added the previous vintages.

What does this all mean? Well, this year we will be blind tasting over sixty True Rosés (with a couple of saignées that snuck in): 40 from 2017 and 20+ with at least a year of age.

Here are the wines I have thus far: 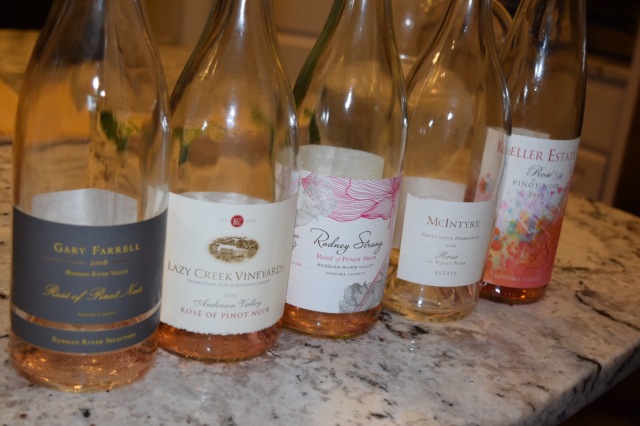 All of last year’s winners are back (except the Gary Farrell which is not yet bottled)! And just to show I should avoid hyperbole: one of them was a saignée.

I have been an occasional cycling tour guide in Europe for the past 20 years, visiting most of the wine regions of France. Through this "job" I developed a love for wine and the stories that often accompany the pulling of a cork. I live in Houston with my lovely wife and two wonderful sons.
View all posts by the drunken cyclist →
This entry was posted in Rosé, Wine. Bookmark the permalink.