My Time in France–in Photos

Posted on August 2, 2018 by the drunken cyclist 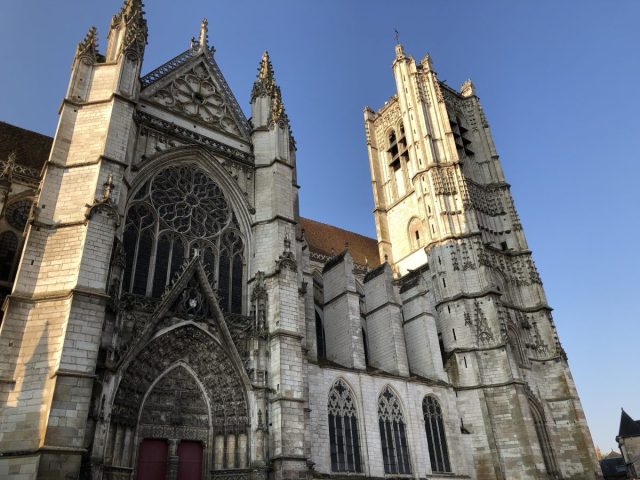 After briefly passing through Paris, I started in Auxerre, in northern Burgundy, which like many towns in France, has an imposing cathedral. 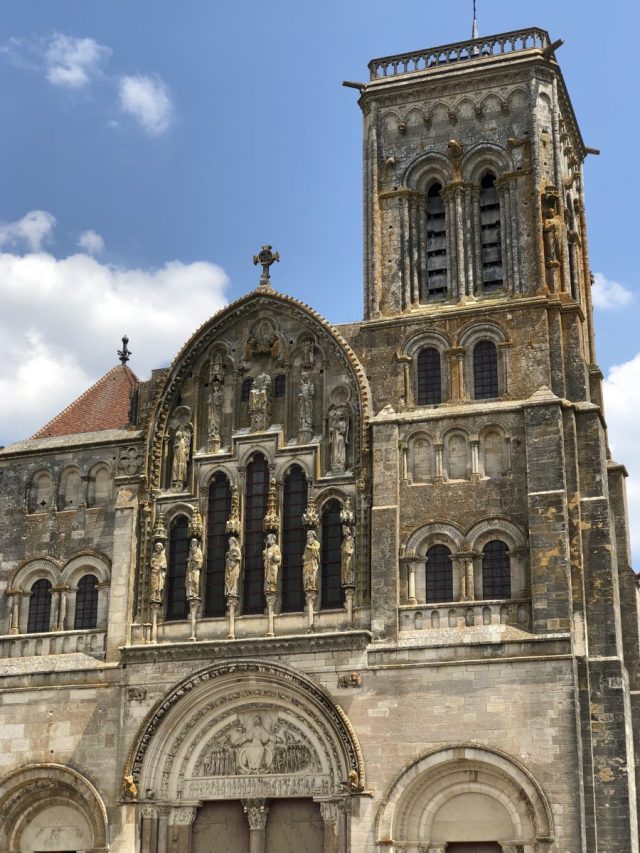 It was then a ride from Clamency to Avallon, including a climb up to the Vézelay abbey. I think the 18% grade to get there was worth it. I think. 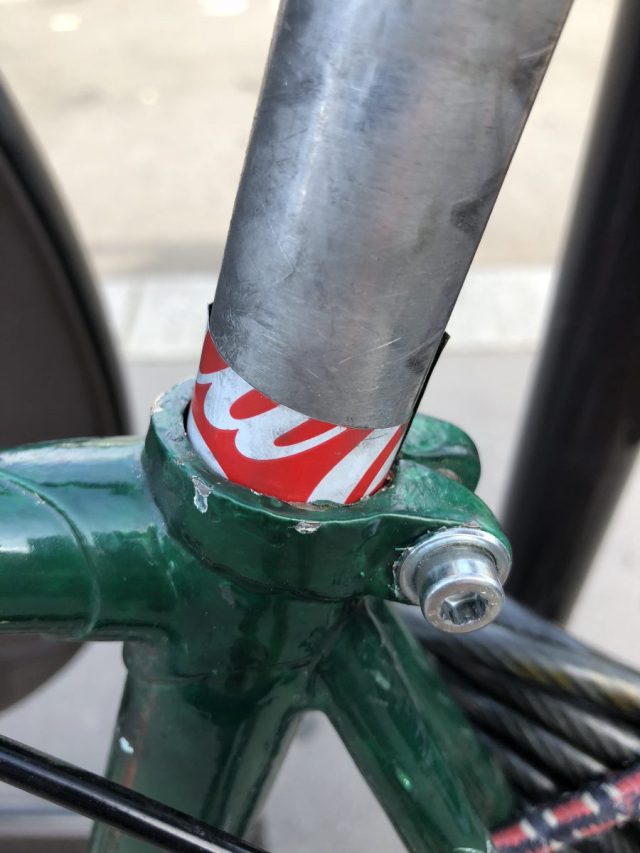 My bike needed an intervention: that is part of a Coke can serving as a shim to keep the seat post from slipping. 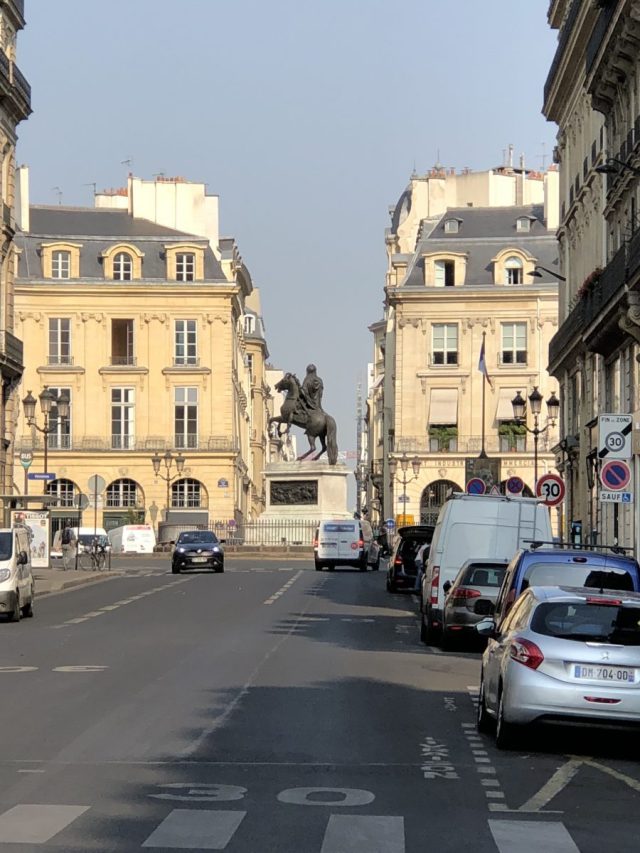 After a few days in Burgundy, it was back to Paris for a night, and then a bike ride across town (passing through la Place des Victoires) to Gare St. Lazare and off to Brittany. 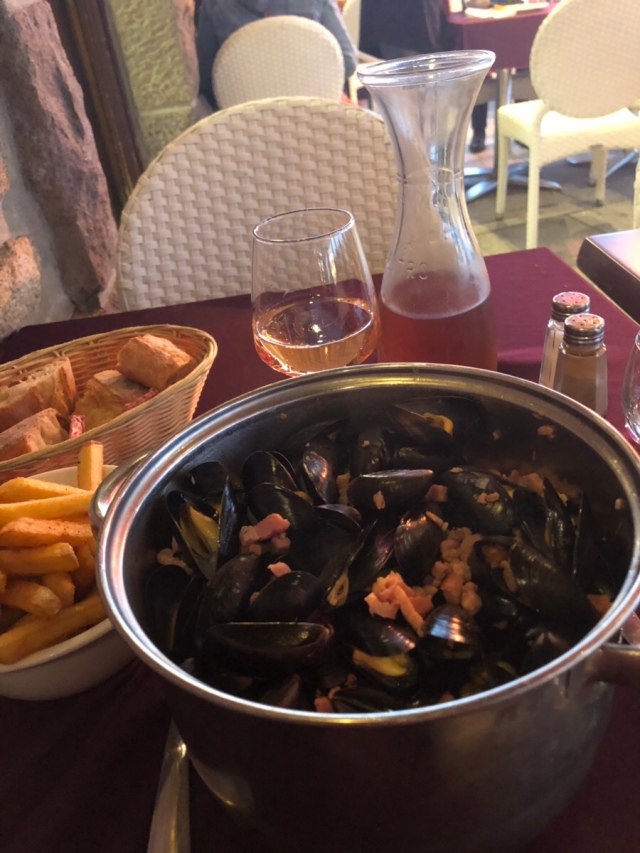 I decided to only drink wines en carafe that first week, because they are both cheap and tasty. I also had my fair share of oysters and mussels (here prepared with bacon and apple cider). 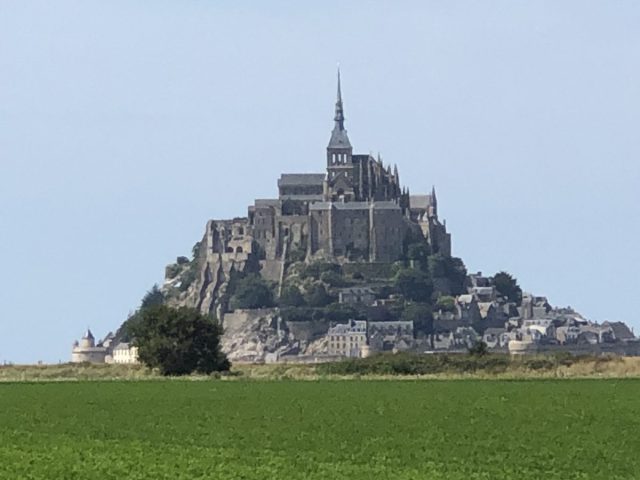 I only had time for a quick drive-by of le Mont Saint Michel–I will be back there for the night in a couple of days. 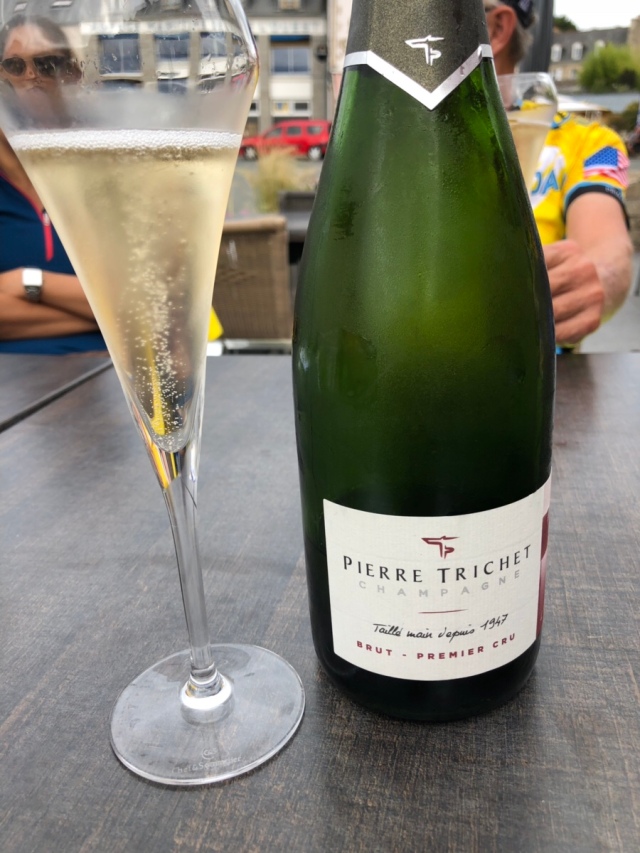 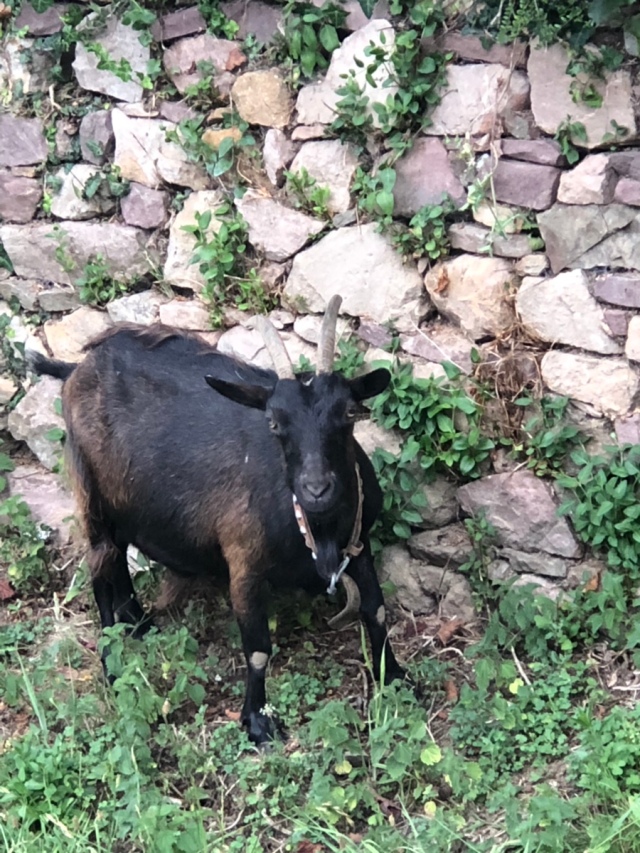 This is a goat.

Just outside of Paimpol in Plounez, is this imposing neo-gothic church with impressive flying buttresses, an obsession of mine. 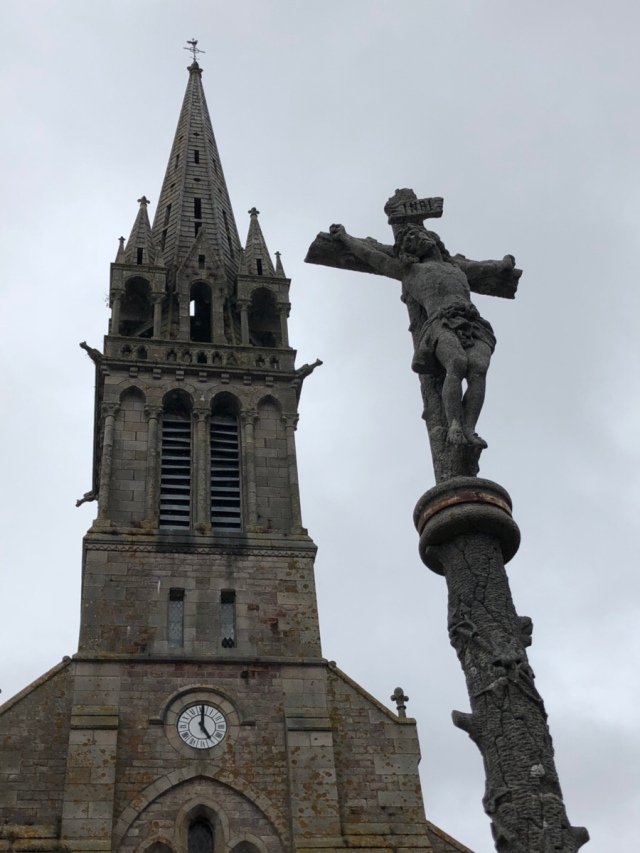 The cemetery around the church is also fascinating. 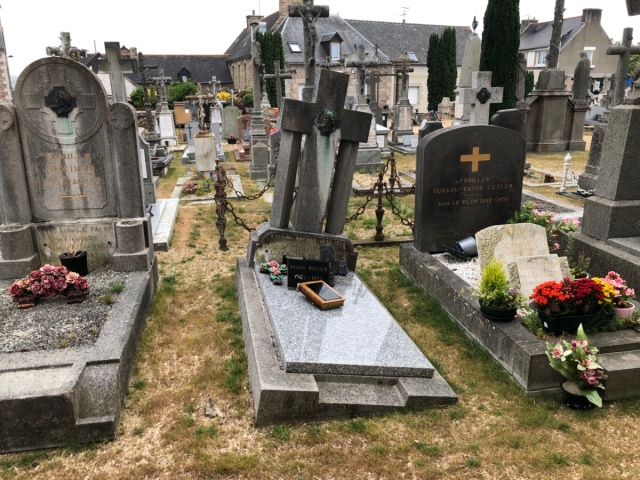 I am not sure what happened here…. 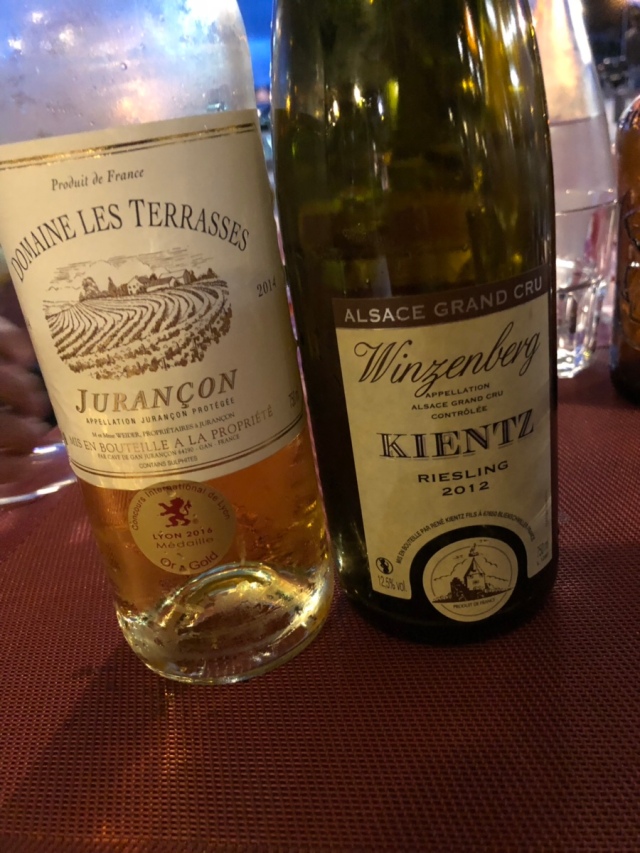 Since Brittany has no local wine to speak of, we were free to try wines from across France. Here we had a fantastic Grand Cru Riesling from Alsace and a tasty Jurançon from the southwest. 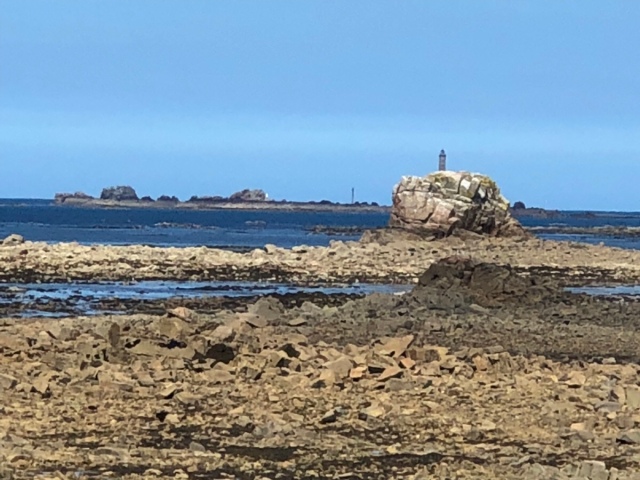 I spent a glorious afternoon on the Ile-de-Bréhat. 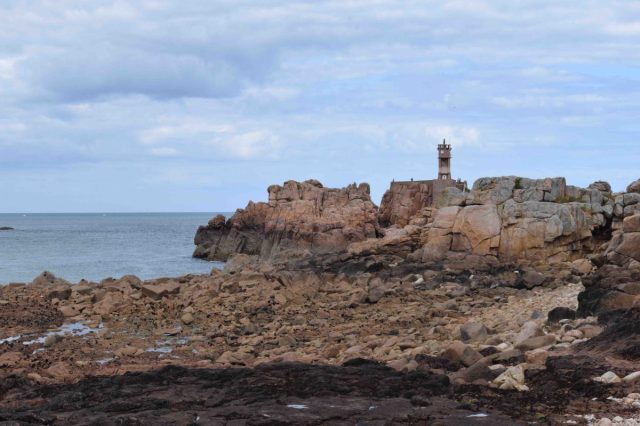 I hiked all the way up to the northern-most part of the north island. 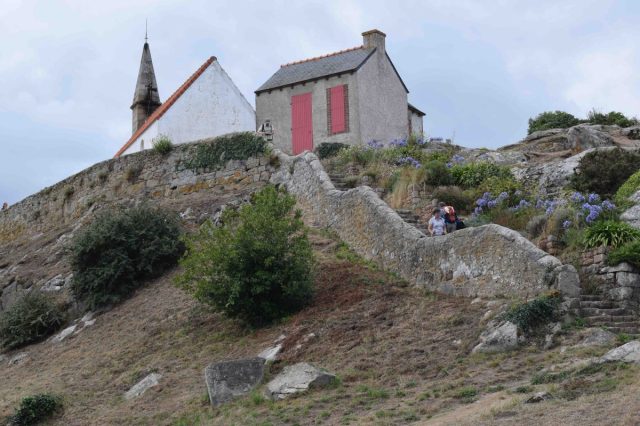 While the chapel on the south island is rather nondescript, it is perched on one of the higher points of the island… 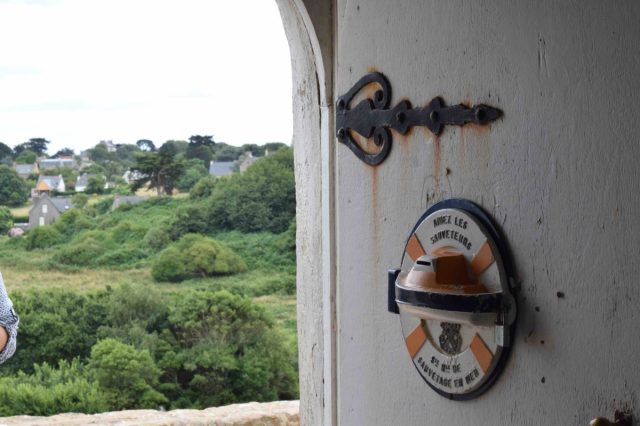 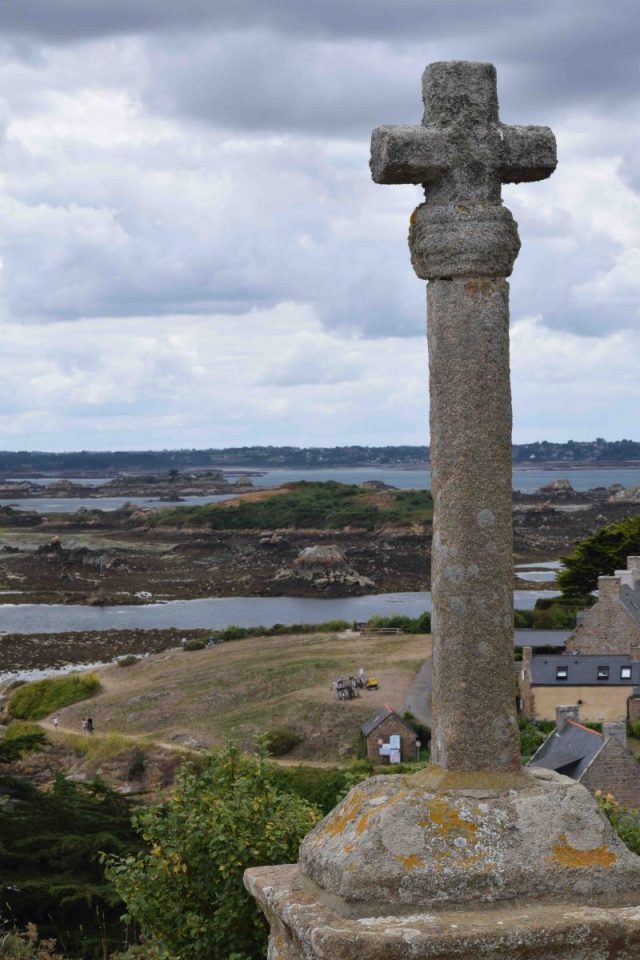 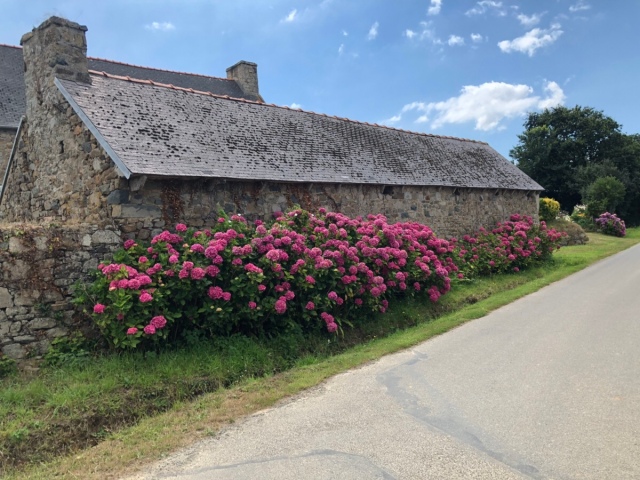 Then it was off to Tréguier, riding through the Breton countryside where residents seem to compete with hydrangeas. 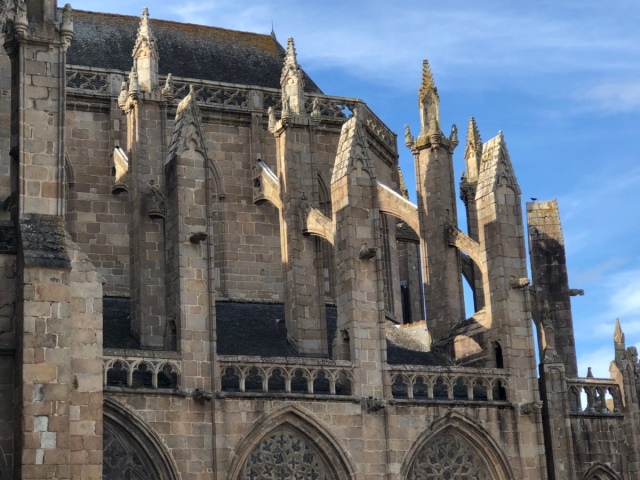 A brief stay in Tréguier, but enough time to satisfy my two addictions: flying buttresses… 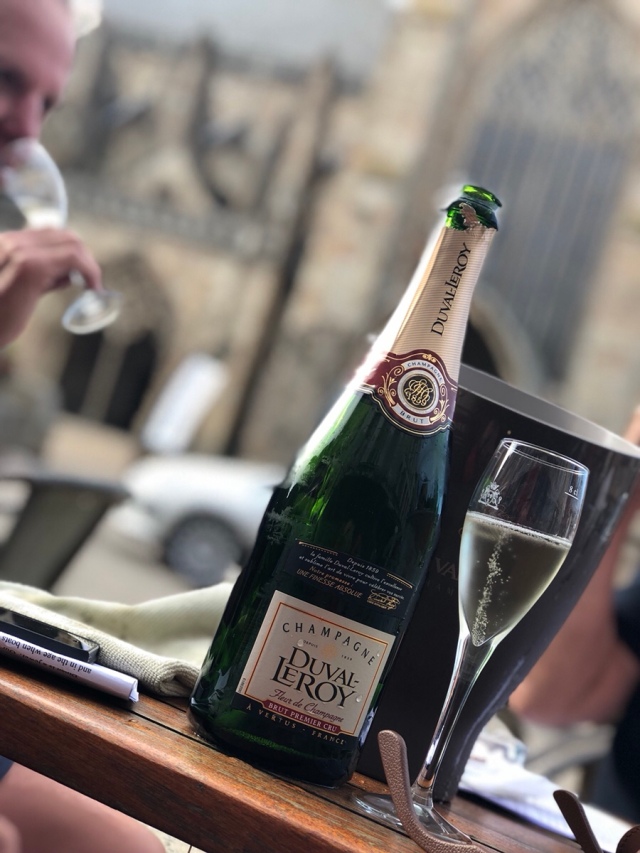 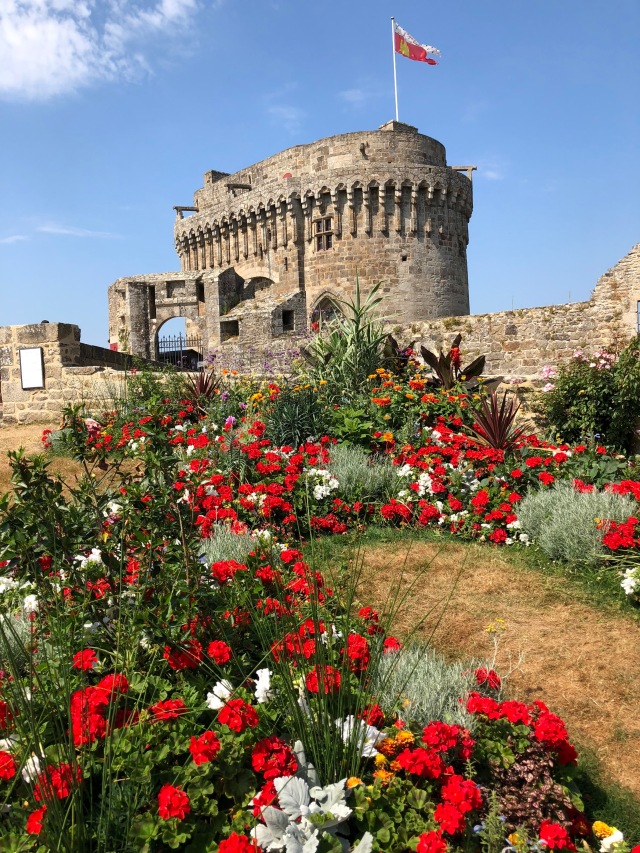 Today, I am in Dinan, perhaps my favorite town in Brittany. 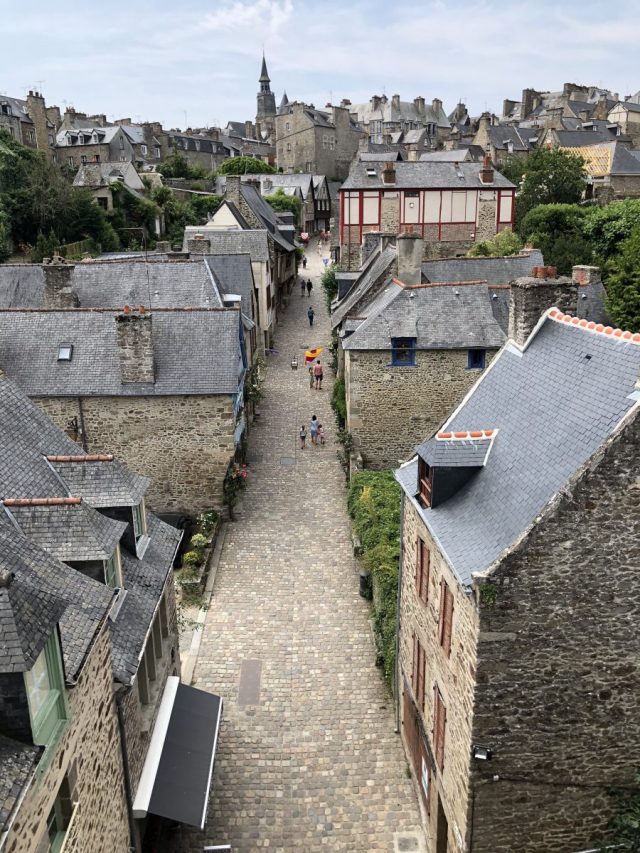 Whose still largely intact ramparts are a must-see.

Two more weeks to go! A couple more days in Bretagne, then off to Burgundy, and then a few days in Paris.

I have been an occasional cycling tour guide in Europe for the past 20 years, visiting most of the wine regions of France. Through this "job" I developed a love for wine and the stories that often accompany the pulling of a cork. I live in Houston with my lovely wife and two wonderful sons.
View all posts by the drunken cyclist →
This entry was posted in Bretagne, Burgundy, Champagne, Wine. Bookmark the permalink.

4 Responses to My Time in France–in Photos