A Few Days in Prague

This coming Sunday, I will be on my final press trip of the year (at least as far as I know at this point) as I board the AmaLea in Budapest to embark on a week-long “wine cruise” along the Danube River. I have never been on a cruise, much less a “wine cruise” (I am not sure why I keep putting that in quotes, but it feels like I should, at least until I experience it), but the folks at AmaWaterways really seem to know what they are doing, and I am confident that the experience will be fantastic.

So fantastic, that originally my wife was going to join me as part of her birthday/anniversary extravaganza that started back in May (her birthday is in September and out anniversary was a little over a week ago). For a variety of reasons, that did not work out, so instead, we decided to take a week beforehand and visit two cities high on our collective European bucket list: Prague and Budapest.

I write this at the beginning of our third day here in the Czech capital and we are already smitten with the city despite a chilly rain that defined our first two days. The sun is brilliantly shining this morning, however, which portends a delightful two more days (we board a midnight train to Budapest tomorrow).

Even though I would classify both of us as “casual” tourists–we have no burning desire to see “everything” a location has to offer–we have nonetheless covered a bit of ground thus far. Here are a few of the scores of photos already stored on our hard drives:

My trip really started in Frankfurt where I had just enough time to visit the sausage cart. 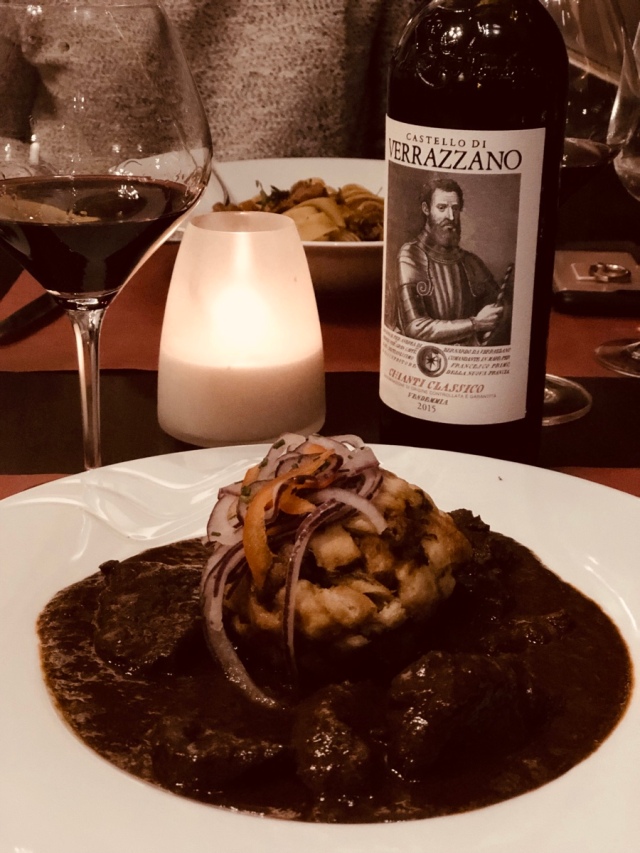 given jet-lag and the weather, the first day was a bit of a wash. It was also the 100th anniversary of the Czechoslovakian state, so it was a bit tough to find a restaurant. Eventually, I did get in my goulash (and a nice Chianti Classico).

The following day I was up before dawn to catch sunrise on Charles Bridge. 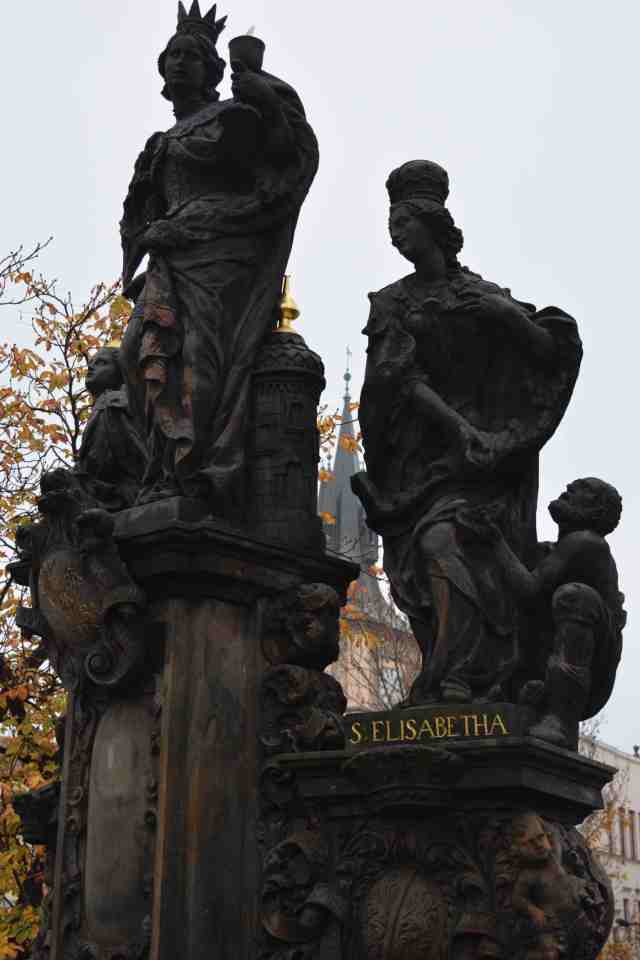 Sadly, the overcast skies refused to allow the sun to make an appearance.

We made it out to the astrological clock in the center of town for the noon chiming, which was a bit underwhelming… 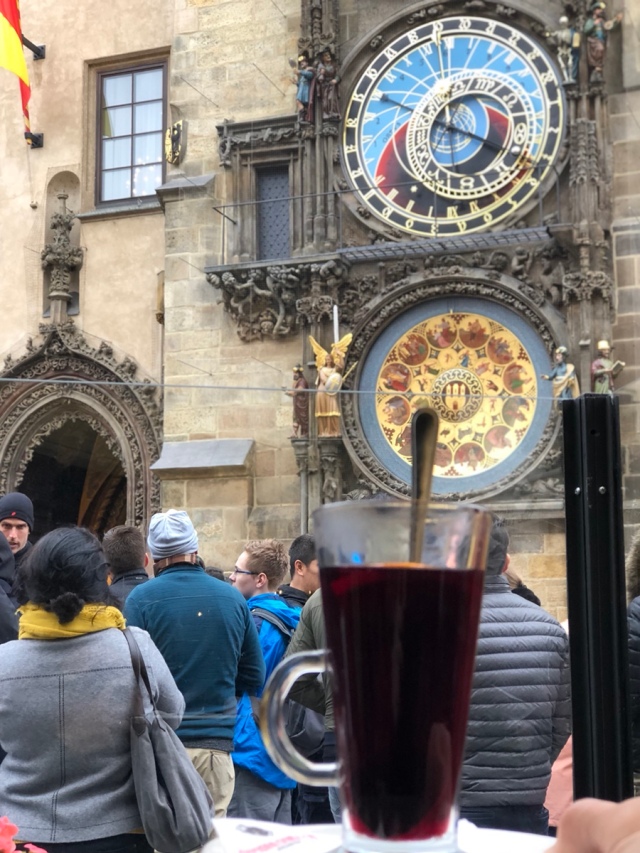 …but I did manage a hot wine, so all was not lost.

I no longer eat sweets (mostly), but they still qualify as eye-candy.

That night we hit a local beer hall–we had tried the night before, but were turned away. 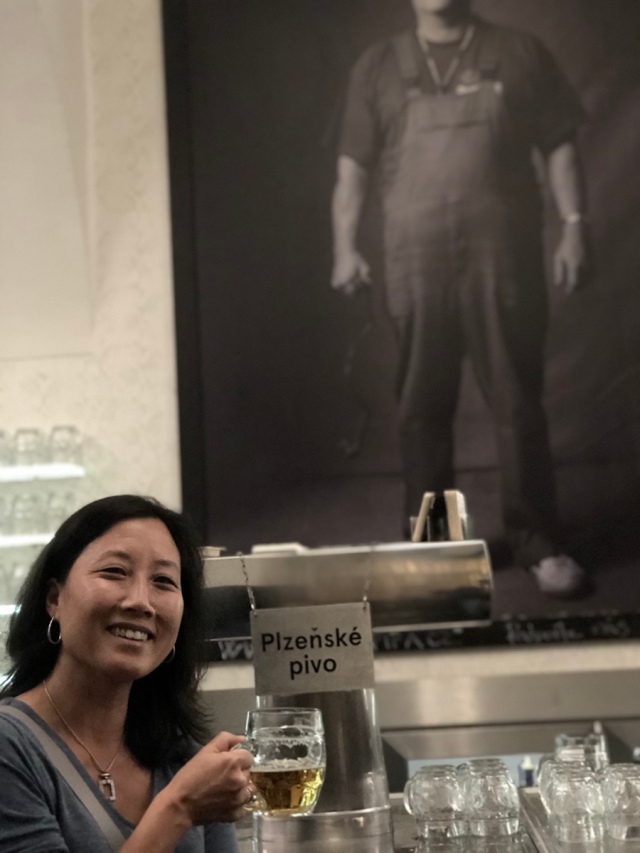 A beer at the bar while waiting for a table.

We ordered a bit of everything, including these Czech sausages… 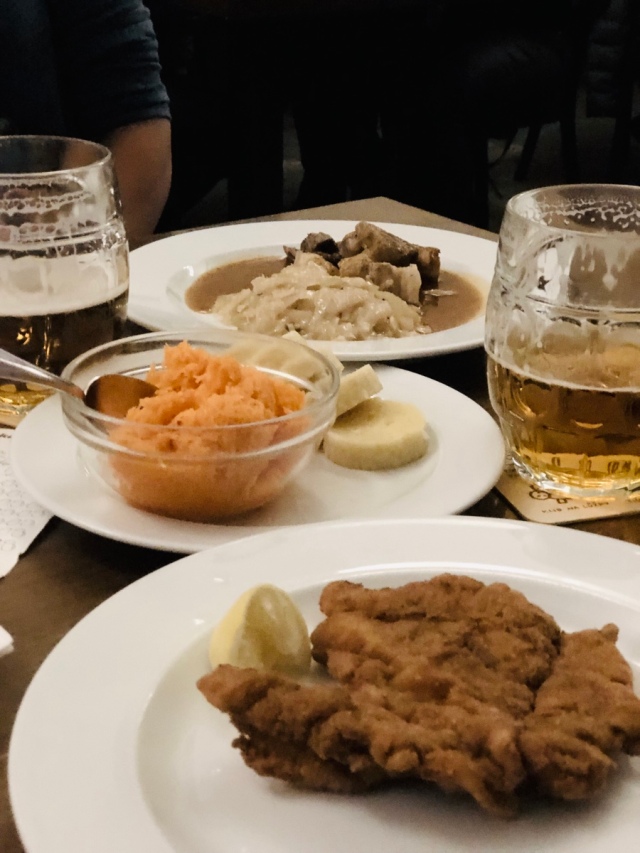 The night culminated with a few bubbles, naturally. 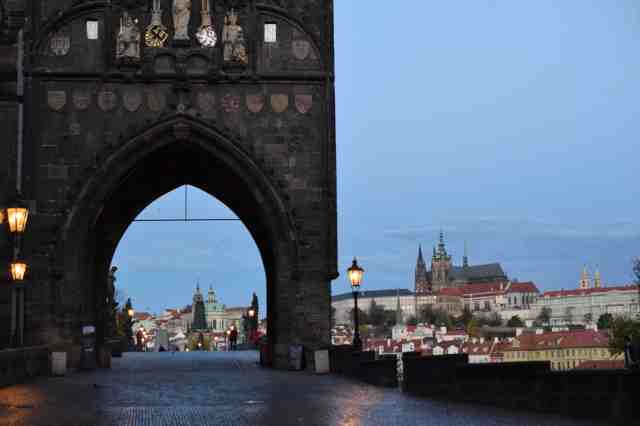 The following morning: clear skies! So I headed back out to the bridge.

As did hundreds of birds. 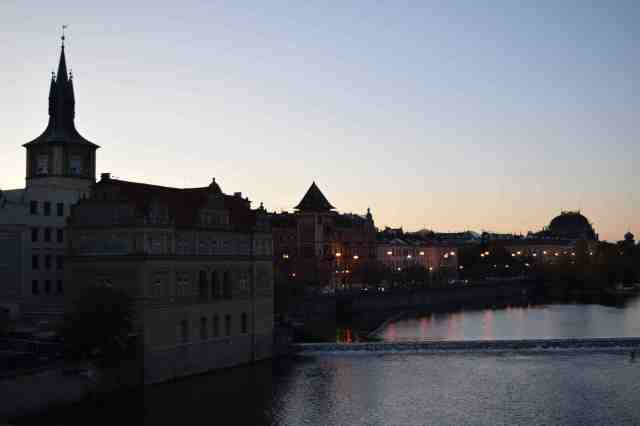 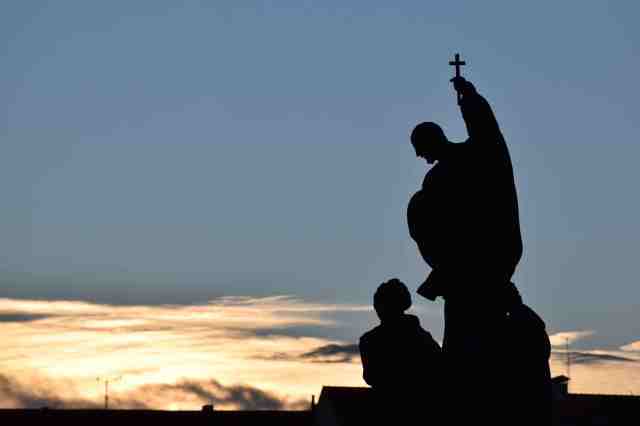 …as well as a bit ominous? 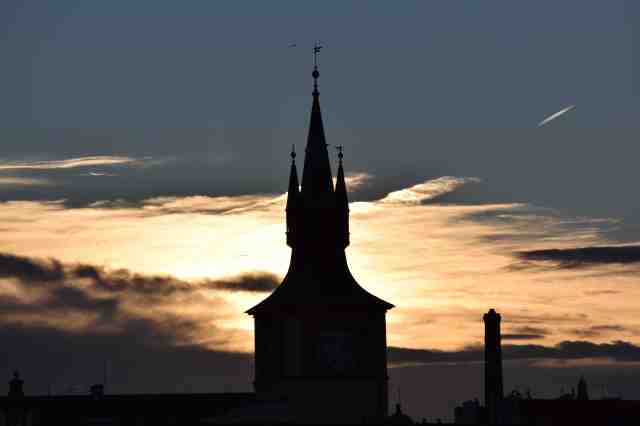 I prefer this photo…

…my wife this one. Thoughts? 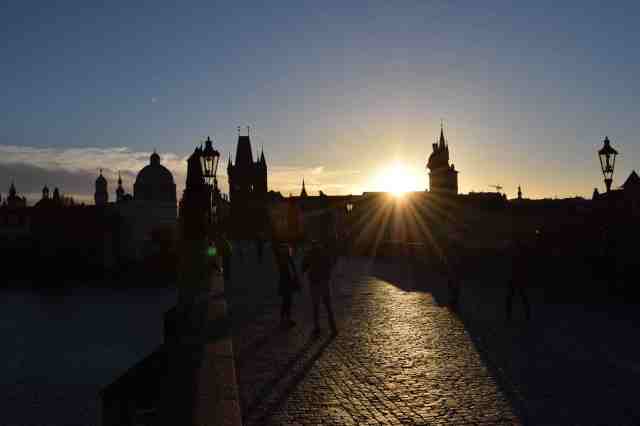 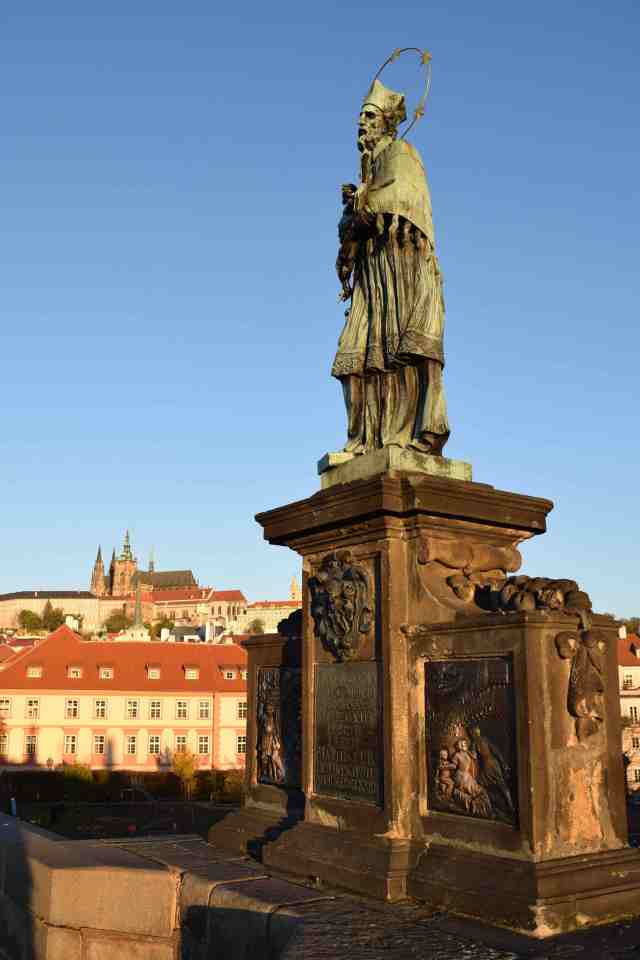 A bit better light than the day before, no?

Off to storm the castle….

8 Responses to A Few Days in Prague