A Few Days in Budapest

Posted on November 7, 2018 by the drunken cyclist

After a Few Days in Prague, we boarded an overnight train from the capital of the Czech Republic to make the trek down to the Hungarian capital, Budapest. The city, bisected by the Danube River, was actually two distinct cities, Buda and Pest, until they joined together about 150 years ago.

I have never spent a restful night on a train…

…and while far from perfect, it was still better than expected.

We dropped off our bags and headed straight for the Chain Bridge and headed up Castle Hill to Buda Castle.

Where we visited Matthias Church, perhaps the most famous in Hungary. There has been a church on that location for over 800 years.

The interior is as ornate (if not more) than the exterior.

Directly behind the church is the Fisherman’s Bastion, built for the 1000 year anniversary of the Hungarian nation in 1896.

…largely for the striking photos of the city below (that is Parliament on the far bank of the Danube). 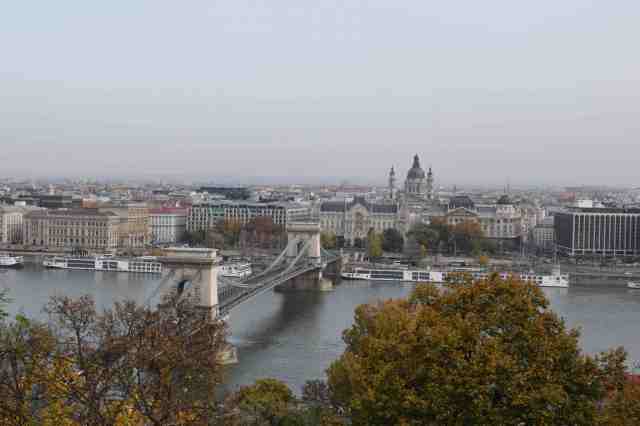 A good look at the Chain Bridge and St. Stephen’s Basilica.

It was also a good spot for a little local bubbly and lunch. While the wine was less than ideal, the view was spectacular, as was the food.

Castle Hill was more than enough for the first day, so we headed back to our hotel, which was essentially at the foot of this large ferris wheel on the Pest side of Budapest. 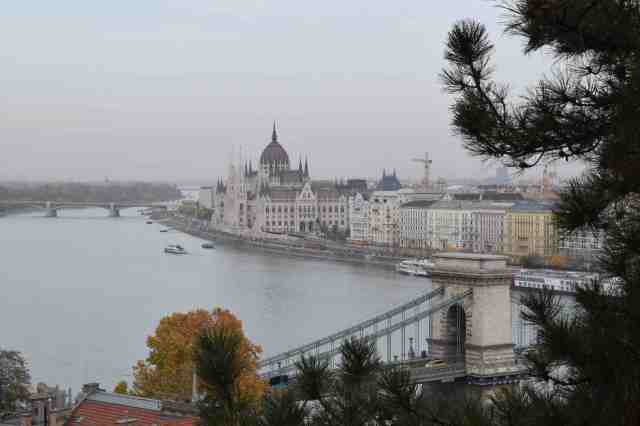 The following day, we headed up the river to Parliament, here seen from Castle Hill. 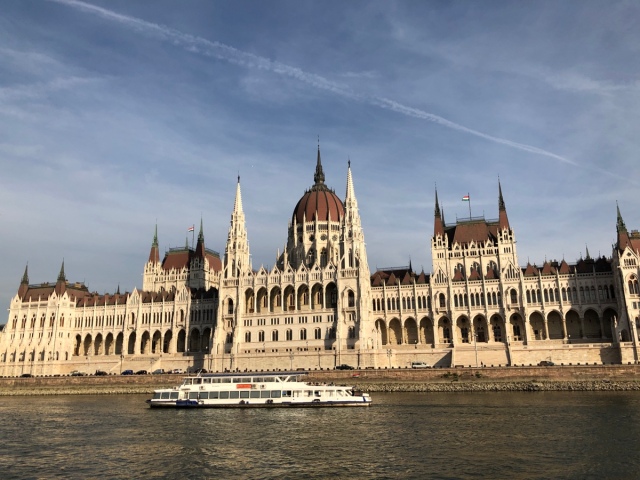 Parliament was also constructed for the millennial celebration in 1896 and is the third largest parliamentary building in the world.

Alas, being the poor planners we are, all the tours of the building were sold out. So we had a bit of time to wander.

…which was good because we wandered over to the restaurant that I had tried to book for dinner and were able to get into for lunch. 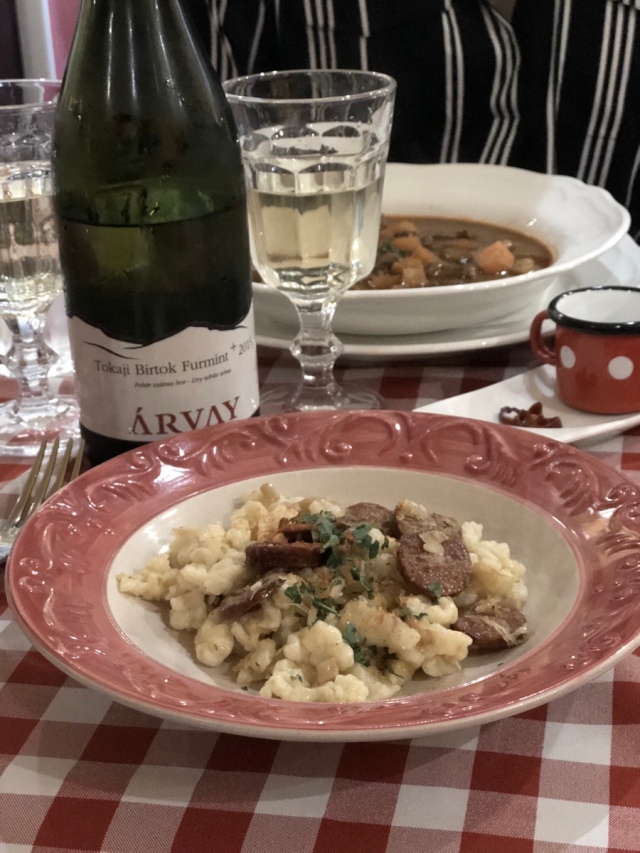 The three course lunch (and the fantastic Dry Furmint), was perhaps the best meal of the trip. 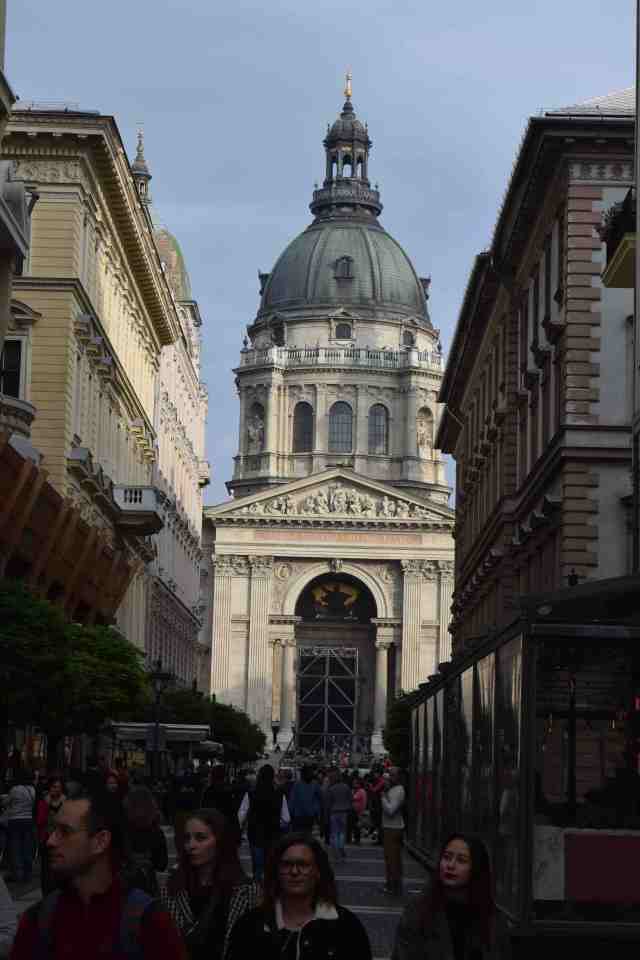 After lunch, we climbed up St. Peter’s Basilica…

…for more stunning views of the city. 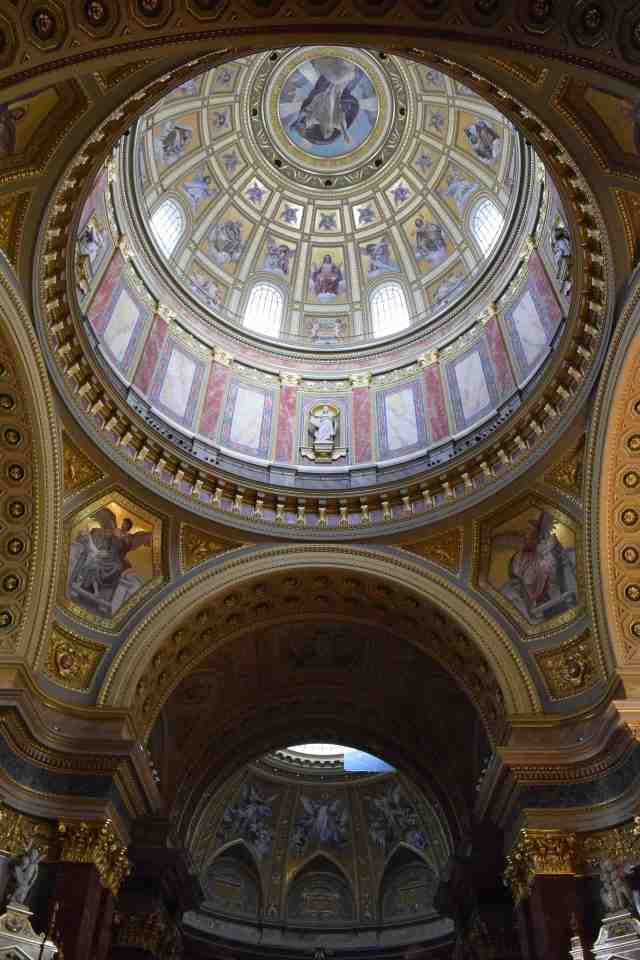 We then toured the inside of the basilica, which was also built for the 1896 millennium. 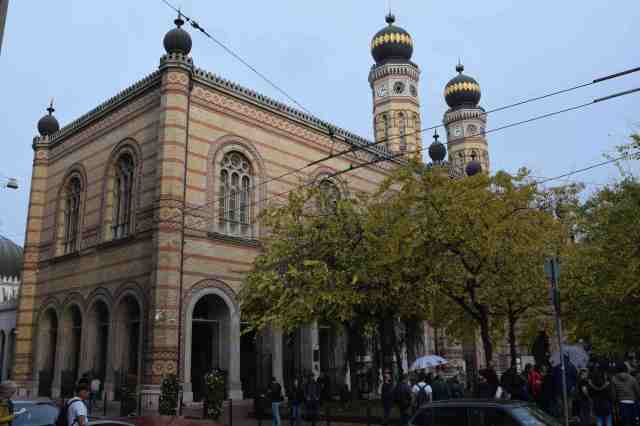 Then we walked across town to the third largest synagogue in the world, only to find it closed on Friday afternoon (which we should have anticipated, of course). 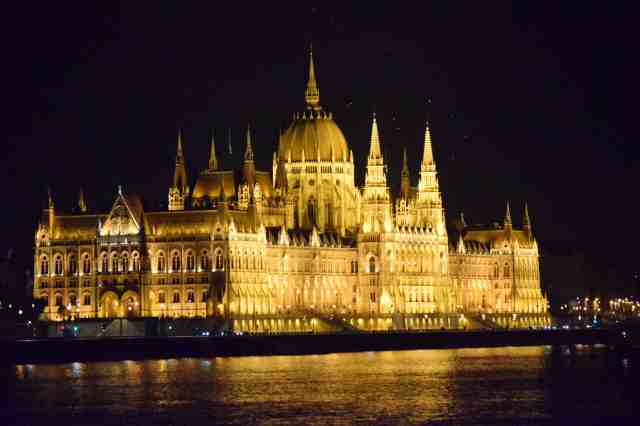 Our last night in Budapest, we had another fabulous dinner, and my wife said goodbye to the city.

Although I had one more night in Budapest, my wife headed back to home. The following day, I started my week-long cruise on the Danube aboard the AmaLea with AmaWaterways.

I have not discussed our wonderful six days together in Prague and Budapest with my wife, but I think I would have to give the (ever-so-slight) nod to the Hungarian capital.

4 Responses to A Few Days in Budapest