Last summer, I posted the following article. I was trying to help out a friend, but I was not clearly thinking: June/July are two of the worst months to ship wine. As if that had somehow slipped my mind. By the time that my mind recovered, it was the holidays and all were scattered either physically or mentally.

Well, now, I have my wits about me, more or less, and I am determined to get some of this wine sold for a friend of mine. To add to its allure, the winemaker has decided to reduce the wine even further (the storage facility is about to charge him again for keeping his wine there). Thus, the new price?

$200/case including shipping. On cases only.

Let me know ASAP, as I will be placing the order by the end of the month of January.

There are a few books that changed my life, and nearly all of them I read in school: Le Petit Prince by Antoine de Saint-Exupery, The Fate of the Earth by Jonathan Schell, L’Etranger by Albert Camus.

Another I bought shortly after walking across the stage at the University of Pennsylvania with a new degree and a new title. That book, Pacific Pinot Noir: A Comprehensive Winery Guide for Consumers and Connoisseurs by John Winthrop Haeger, set me on a journey to discover the best Pinot Noirs in California and Oregon. 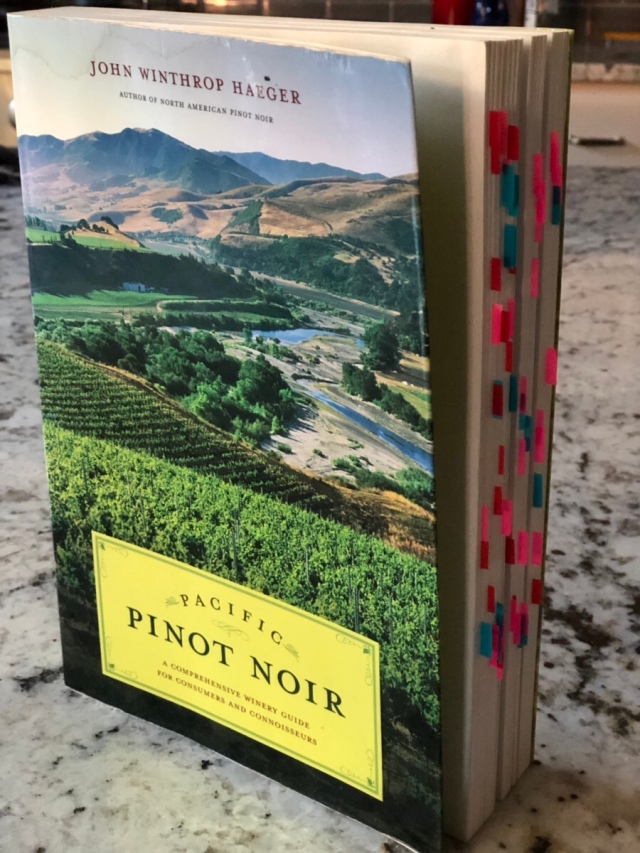 One of the wineries that I tabbed in that well-perused tome was Freeman Winery in Sebastopol, and it was one of the first I visited on my next trip to the Bay Area. There, I met with Eric Buffington, officially the assistant winemaker at Freeman. Over the course of the next hour or so, we tasted through Eric’s wines (Ed Kurtzman was officially the winemaker, but Freeman was one of many wineries where Ed served as a consultant, which allowed Eric considerable freedom to make the wines). 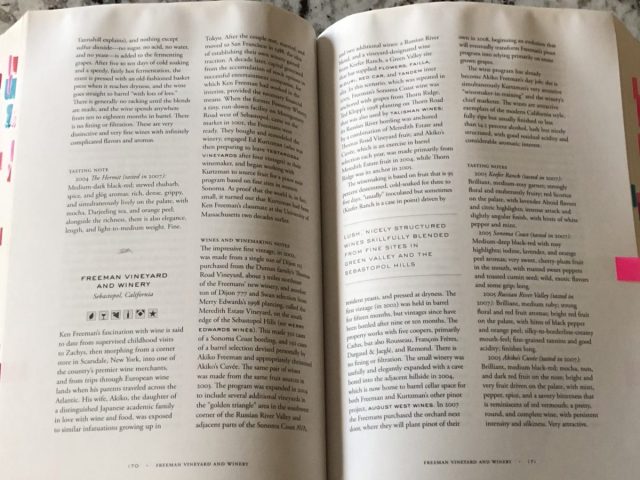 Impressed, I bought a few bottles and decided that Freeman was a necessary stop each time I was in town (my in-laws lived in the Bay Area at the time, and we visited them frequently).

Each time I visited, Eric would take time out of his schedule to walk me through the wines as we chatted about wives, families, and yes, in-laws. He and his wife had just had a baby and we swapped stories about our travails. And of course, we chatted about wine.

At some point, Eric introduced me to his own brand that he made there at Freeman, Amelle Wines, which he started with his childhood friend, Ryan Padgett. His wines contained many of the same characteristics that were in his Freeman wines, but had the added caché of being an über-small producer, made by someone I would consider a friend.

Eric was living near Sacramento, where his wife had a “real job,” and taking the sometimes three-hour commute to Sebastopol on a daily basis to make wine at Freeman. Eventually, he realized how much time he was spending away from his family (and how much money was being sucked down his gas tank), and he left Freeman, hoping to find a winemaking gig closer to home.

Not too long ago, he and his wife looked at the family finances and realized that the money he was bringing in was roughly equivalent to the money that was going out through child care. So they made the decision that Eric, at least for the time being, would be a stay at home dad.

There was only one problem: Eric was sitting on a bunch of wine that he needed to sell. He would be the first to admit that like many other winemakers, selling the wine was by far his least favorite part of the process, and now that he was “out” of the industry, it would be even harder to move.

A few months ago, while “chatting” on Facebook, he asked me if I had any ideas how he might sell his remaining 70 cases of Pinot. Even though I knew it was likely good, really good, I asked him to send me a bottle so I could give it a taste.

It turned out to be really, really good (my tasting note is below). The problem? It is already seven years out from the vintage year (2011) and there are not many “traditional” outlets (restaurants or retail stores) that would have any interest in buying a wine that “old” (I, of course, have hundreds of bottles of Pinot in my cellar that are far older, but I am not running  restaurant).

So, in the interest of preventing a criminal act—of allowing the wine to just sit there, I told him I would try to help him sell it. Here is the offer: the normally $45/bottle wine he agreed to sell to my readers for  $200/case including shipping. If you are looking for a on-the-big-side California Pinot that is ready to drink now through the next few years, this is an incredible deal.

Important: The wine can NOT be shipped to the following states:

AL has to be shipped to a state store, but it’s doable.

All other states are good to go!

I have no financial interest at all here, I am just trying to help out a friend. Send me an email if interested and I will get you in contact with Eric (jeff (at) thedrunkencyclist (dot) com). 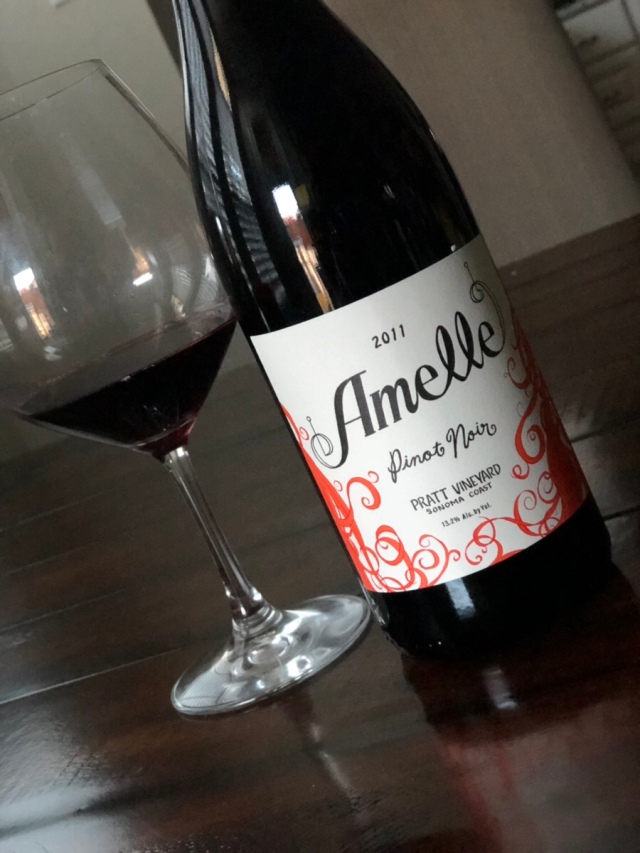 2011 Amelle Pratt Vineyard Pinot Noir Sonoma Coast: Retail $45. Fairly dark as Pinot goes, but still translucent in the glass with luscious Bing cherry, eucalyptus, and just a hint of earthy goodness that usually sets Pinot apart. Even seven years out, there is still that luscious fruit that one expects from a California Pinot: dark cherry, black raspberry, a touch of clove. The acidity still demands attention—but in a more mature way. Less a petulant teenager and more a sassy millennial—confident, yet whimsical, equally likely to adopt a serious persona as to run off to a rave. This is not a shy Pinot, this is not a wallflower, needing some coaxing to converse. I would consider this a bit of a departure from Eric’s normal style of subtle power shrouded in complexity. This is bold and boisterous initially, there is nothing subtle up front, but Eric’s deft hand is found on the finish where the wine settles down and lingers, allowing for contemplation about what just happened. Yes, it came in with a roar, but it left with a delicate touch that remains well past the memory of that initial wave. Great now, will keep for another 2-3 years, easy. Outstanding. 91-93 Points.