Red Mountain is Much More than a “Wine Region”

Posted on September 12, 2019 by the drunken cyclist

Winegrowers in just about every appellation, I imagine, believe that their region is unique. This is not an earth-shattering statement as “uniqueness” is a requirement, more or less, in the creation of a new American Viticultural Area (AVA). I would contend, however, that all AVAs are not created equally and that some are more “special” than others. Taken a bit further, there are but a few that are truly extraordinary and worthy of placement on a higher pedestal, regions that transcend others.

What are the criteria that would result in an elevated distinction?

First and foremost, the region must produce fantastic wines. While most AVAs are certainly capable of producing extraordinary wines, often there are but a few wines that fall into this category. In the transcendent wine regions, many, if not most, wines produced are of extraordinary quality.

Second, the wines from that region must share some commonalities, characteristics that are discernable from wines across the appellation. When one tastes Willamette Valley Pinot Noir, Sancerre Sauvignon Blanc, or Mendoza Malbec, for example, the wines all share a certain quality, a flavor profile that sets them apart.

Third, and this is both the most important and perhaps the most difficult to measure, is a communal sense to the region, a belief that each wine from the region is a reflection on the appellation as a whole. This promotes a desire, even a need to help one’s neighbor, an aspiration that all wines from the region, not just one’s own, are worthy of acclaim.

Of course, these criteria are fluid, not simply boxes to be checked but guiding principles that need to be addressed continuously, and when they are, the region, in my opinion, elevates above others and should be considered extraordinary.

One such region, in my view, is Red Mountain in Eastern Washington, just a stone’s throw from Walla Walla and part of the larger Yakima Valley AVA, which, in turn, is part of the huge Columbia Valley appellation. Red Mountain though, is small, in fact, it’s the smallest in the state of Washington, with just over 4,000 total acres. 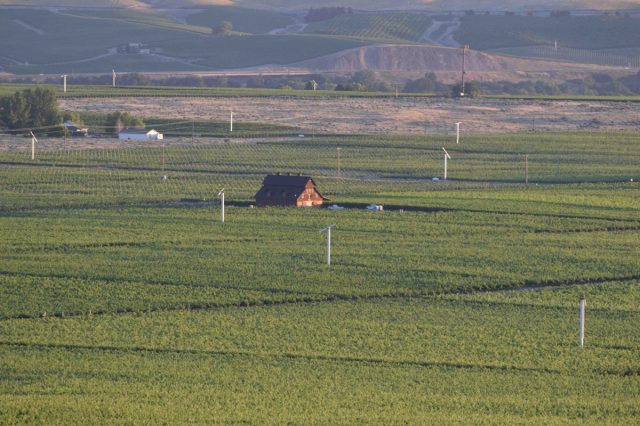 The Ciel du Cheval Vineyard is visible from practically everywhere in the AVA.

Red Mountain is so small that many (most?) have likely never heard of the appellation, much less tasted any of its wines. Even those in the wine business, apparently, can have difficulty placing Red Mountain. (When I was planning my trip to the region, I emailed a few other journalists if they would like to join me, and one rather prominent writer replied, “I don’t know, where is it?” To which I wanted to reply “Are you freaking kidding me?” or even with THIS, but I refrained on both counts.)

Adding to the familiarity issue is the fact that since it is such a small appellation that will not get any bigger (nearly all of the 2,700 plantable acres are already under vine), there is simply not a ton of Red Mountain wine to be had. 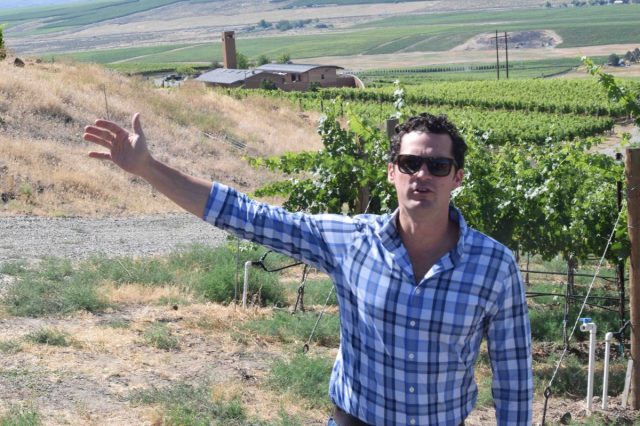 I was able to spend a bit of time with Brian Rudin of Canvasback. Here, we were in Longwinds Vineyard, with Col Solare winery just down the slope.

So why even bother with Red Mountain?

Well, the wines are fantastic. Known primarily for Cabernet Sauvignon, but not at all limited to a single variety, Red Mountain red wines have intense red and dark berry fruit, capable of muscular tannins, incredible balance, and a certain gravitas. (The name of the appellation, Red Mountain, comes not from the color of the wines–there are plenty of white wines made there–but rather the color of the native grasses that cover the mountain.)

The winemakers there, while certainly focussed on their own wines, are also intensely interested in the other wines being made in the appellation. And while most regions can (and do) boast about their camaraderie, their willingness to help others, knowing that it will only improve the overall perception of the AVA, this all seems palpably different on Red Mountain. 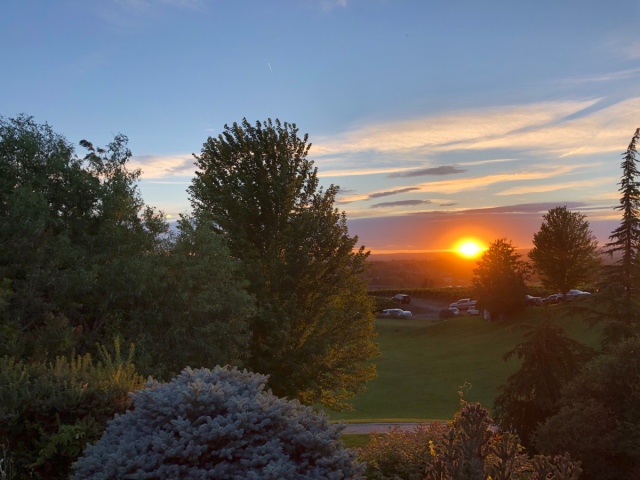 I hope to be back soon to the region to try a few more wines and catch more sunsets.

It may be due to its small size or even the fact that the area is actually a desert, and growing grapes in an area that averages 3-5 inches of rain annually (Napa, by comparison, averages five to eight times as much rain). Farming in such conditions usually can produce plenty of empathy and fellowship.

No, what is decidedly different about Red Mountain is that the first vines were planted at Kiona Vineyards just a generation or two ago in the 1970s. Add that those pioneers, John Williams and Jim Holmes (now of Ciel du Cheval Vineyards), are still hard at work (mostly) and willing to share their story and experience and Red Mountain takes on an almost living history quality that few other wine regions can claim. 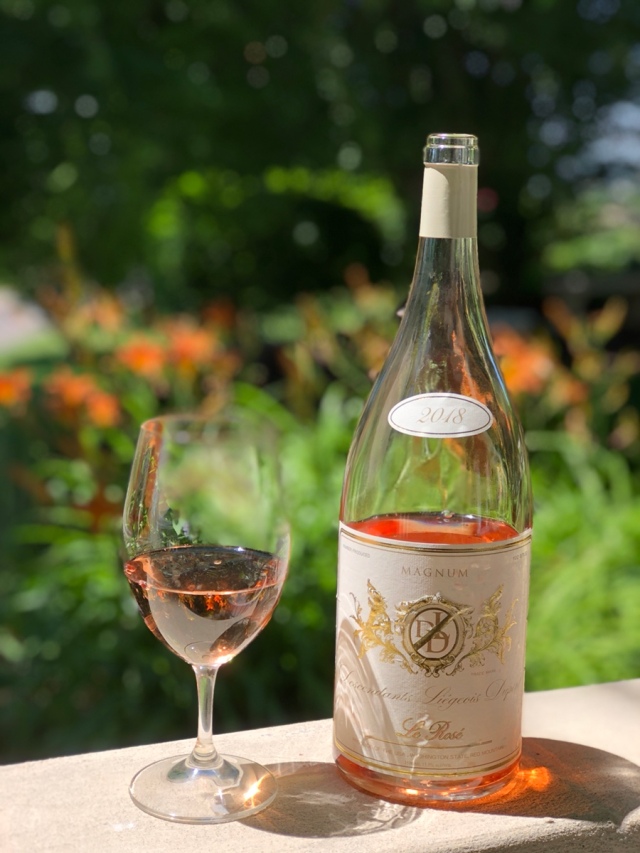 I’m going to have to include Hedges Rosé in next year’s blind tasting.

This past summer, I was back out in Red Mountain for the premiere of “Red Mountain Revealed” a twenty-minute documentary on the region:

I was also able to catch up with a few winegrowers and, of course, to drink some wine. I’ll be back next week with a few of the wines I had on this visit.

I have been an occasional cycling tour guide in Europe for the past 20 years, visiting most of the wine regions of France. Through this "job" I developed a love for wine and the stories that often accompany the pulling of a cork. I live in Houston with my lovely wife and two wonderful sons.
View all posts by the drunken cyclist →
This entry was posted in Red Mountain, Wine. Bookmark the permalink.