This Sunday is for Sportsmanship

Posted on February 9, 2020 by the drunken cyclist

The other day, I posted the following on my personal Facebook feed, and I thought I would post it again here based on the comments on Facebook. In what feels like a lifetime ago, I was a high school teacher and varsity basketball coach for ten years. While far from perfect in that position, I tried to instill in my players not only an appreciation and understanding of the game but also what it means to compete.

First, I am a firm believer that winning is not a bad thing at all–if you are going to keep score, you might as well try to win. But. I also affirm that one should strive to win will respecting both oneself and the opponent.

Most of the time, we pressed (we played defense the entire length of the court) and it was largely effective, but the moment we acquired a twenty point lead, we called it off–there was no reason to demoralize the opponent and frankly, risk injury to ourselves.

Most of the time, at those points in the game, the starters were on the bench and players 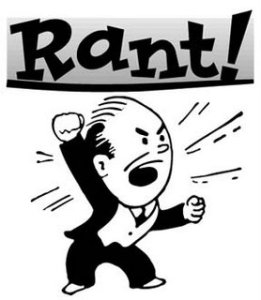 who did not see as much action during close games were on the court and they wanted to score just like their (at least slightly) more talented teammates. But once our team was up by 20 or 30 points I told the players that a minimum number of passes were required before shooting and by no means should the shot be a three-pointer.

They did not like it, but I think they understood.

Fast-forward to today, and I am once again coaching high school basketball after a 20-25 year hiatus. The game itself seems to have changed slightly (there is a much greater emphasis placed on the three-point shot, unfortunately), but the greater change is how one treats one another. It seems as though there is a desire, if not a requirement, to make the opponent look bad. It seems as though winning is no longer enough; someone needs to be embarrassed and shamed along the way.

It seems as though this approach might be pervasive in society as well. One need look no further than the current political environment to witness a similar phenomenon from all sides (which began long before the current president took office).

Thus my question for today: is sportsmanship dead?

As some of you know, I am the JV basketball coach for my son’s high school. I also serve as an assistant for the Varsity team. Last week, we played Houston Christian High School. After playing well for a quarter, we succumbed to their press and quickly fell behind by 20. They continued to press and we were down 30. They kept up the full-court press. Down 40. Still facing the full-court pressure. Down 50. And yet they still were pressing. Not until we were down 53 points, 53 points did they call off the press. They continued to shoot (and make) 3-point shots, though, with the bench cheering every score as if it were a game-winning shot. At one point, when winning by 60, the referee assessed the bench a technical foul as someone said something rather offensive, which the official deemed was directed against our players.

The coach for Houston Christian then started to berate the said official, stating that the official should have told the coach to tell his players to “shut up” instead of assessing the technical. The official stressed that what was said went far beyond acceptable sportsmanship. The coach then asked the official: “Have you ever even played the game? And you want to teach me about sportsmanship?”

Here is a video of the head coach that is on Houston Christian’s website:

I have been an occasional cycling tour guide in Europe for the past 20 years, visiting most of the wine regions of France. Through this "job" I developed a love for wine and the stories that often accompany the pulling of a cork. I live in Houston with my lovely wife and two wonderful sons.
View all posts by the drunken cyclist →
This entry was posted in Family and tagged Seba. Bookmark the permalink.