My Disdain for the Walk Around Tasting

The details are fuzzy, really fuzzy, but I have some vivid memories of the first time I attended a consumer wine tasting. I’ll back up. A consumer tasting (which is usually preceded by a “media” tasting) is an event compromised of several dozen (more or less) wineries that pour their wines (usually 2-6 different bottlings) for consumers that often pay $25-50 (or more) for such an experience.

This was a tasting I attended in San Francisco, pre-pandemic. Just so many people.

“My” tasting was the Pennsylvania Liquor Control Board’s annual tasting which occurred in downtown Philadelphia at some point around the birth of this blog (which was in January, 2012 for the curious). About all that I remember about that tasting was that it was in the summer (since I have no recollection of freezing on my walk, no, stumble, home) and that I got really, really hammered.

This is by no means (despite the somewhat controversial name of this blog) an attempt to glorify drinking to excess or, even worse, drinking and then riding a bicycle (I have written about that before), but rather to point out that mass tastings are my least favorite way to taste wine.

After that first “tasting” I vowed to myself (and my wife) that I would never do that again. If I were ever to attend another such event (I have, in fact, several dozen), I would never become that inebriated and swore I would always spit (which I always have—ok, there were a couple of wines that were soooo good….).

Perhaps as a result of that first rather unfortunate tasting, I have always disdained the walk around: elbowing to the front to get an ounce and a half pour of a wine and hear the well-rehearsed 13 second spiel of the pourer (who is rarely the winemaker) really had/has no appeal to me.

At one such tasting, trying to maneuver to even say hello to my buddy Erik Miller of Kokomo Winery was next to impossible. So I just took a picture.

I would much rather crack a bottle over a meal and continue to taste it over (at least) several hours to see how the wine evolves. That is impossible to do with 40ml over the course of 37 seconds. 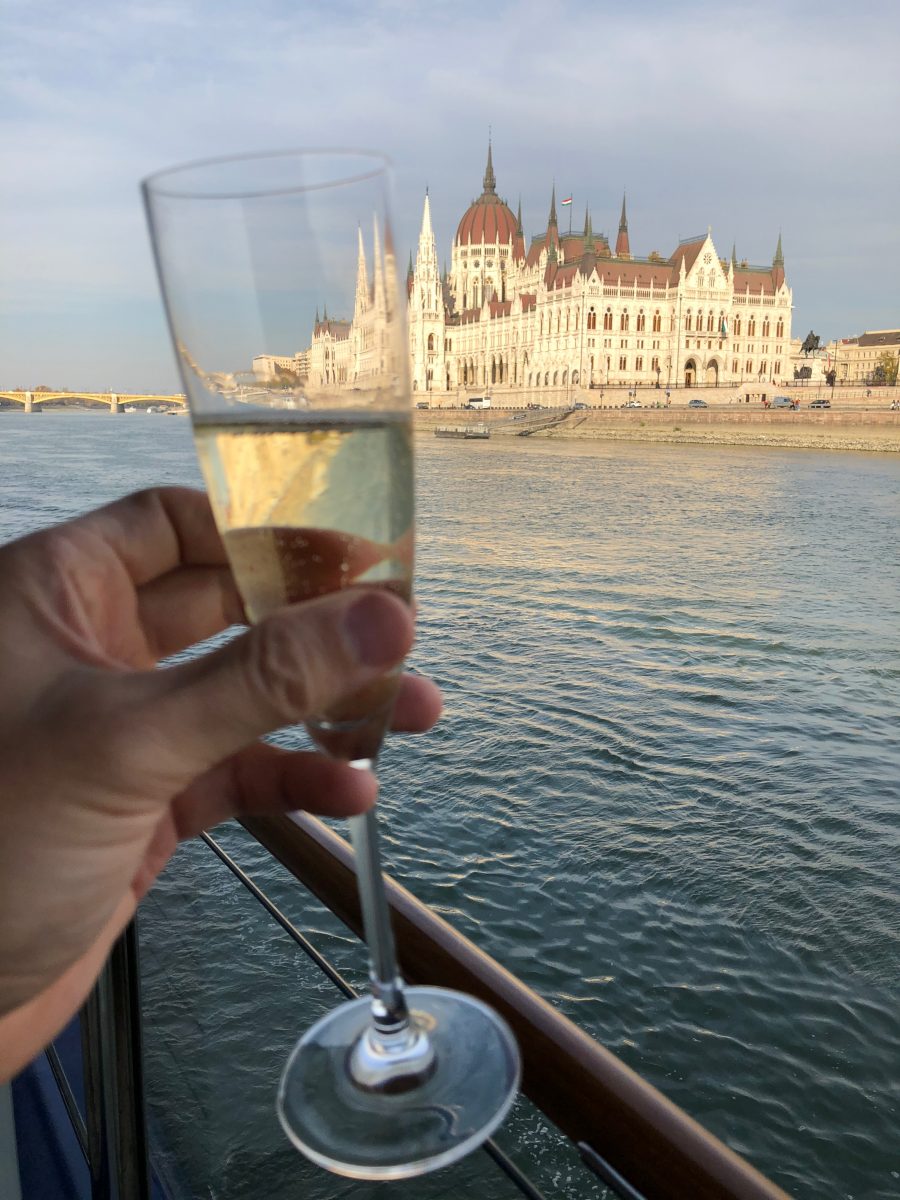 Or, of course, I would rather taste some wine while cruising the Danube, passing the Hungarian Parliament. But maybe that’s just me.

While I was out in Oregon a couple of weeks ago, I was invited to such a tasting, a walk around featuring the producers in the Chehalem Mountains AVA of the Willamette Valley. It was set up like most such tastings with each winery at a table, pouring 2-5 wines, with some food stations serving bite-sized samples from local producers.

This was my first such tasting since the pandemic and while I have been vaccinated, it still made me uneasy even though it wasn’t necessarily crowded, it was indoors, no one was wearing a mask (tough to do while tasting wine) and, well, spit buckets are pretty disgusting even without the threat of a potentially deadly virus.

I would have much preferred an outdoor tasting like this one (again, pre-pandemic) in Mendocino County, California.

I quickly scanned the room and found a few people that I knew and after exchanging pleasantries and fist-bumps, I headed over to the one table I really wanted to visit: Bells Up Winery from Newberg.

They had sent me a bottle for my Fifth Annual World’s Largest Blind Tasting of American True Rosé and I really liked it (92 pts.) so I wanted to stop by, introduce myself, and thank them for participating. Behind the table, pouring the wines was half of the dynamic duo behind Bells Up, Sara Specter.

As soon as I mentioned that she had sent me a bottle for my tasting, she interjected: “Oh, are you Jeff? I was told you were going to be here!”

What ensued was a quick five-minute crash course in the history of the winery as I sipped on some of that same rosé that I had tasted a few months prior. As I glanced around to booth, I noticed that a snippet from my tasting note was displayed prominently on a placard to my right. When I pointed that out, Sara (who I would come to find out is never afraid of speaking her mind) acknowledged the review, but then immediately challenged it:

2020 Bells Up Winery Pinot Noir Prelude, Willamette Valley, OR: Retail $24. 109 Cases made. Quite red for a rosé. A bit medicinal on the nose with some red fruit. The palate is also quite fruity with some intense acidity. Very nice. Excellent. 92 Points.

I took another sniff of the wine, and the aspect that I referred to as “medicinal” was indeed still there.

“Well, that is what I am getting, would you prefer ‘astringent’?”

Then we both laughed and I agreed to stop by the winery the following day to taste through the rest of the wines.

What was supposed to be a quick stop, turned into over two hours, touching on a number of subjects. Now, that is the type of tasting I prefer. More on that next week.

I have been an occasional cycling tour guide in Europe for the past 20 years, visiting most of the wine regions of France. Through this "job" I developed a love for wine and the stories that often accompany the pulling of a cork. I live in Houston with my lovely wife and two wonderful sons.
View all posts by the drunken cyclist →
This entry was posted in Pinot Noir, Rosé, Wine. Bookmark the permalink.

8 Responses to My Disdain for the Walk Around Tasting