A Few More Photos From France

My two-week trip to France came to an end very early on Tuesday morning (I think it should be illegal to have to wake up well before dawn to catch a plane), and we are all now safely back in Houston. Sebastian, of course, is not thrilled about those two facts since that means he now has to go back to school–this morning, in fact. But before I cart him off to the first day of his freshman year (yeah, little Sebastian is now in high school), I thought I would share a few more photos from our trip.

When I left off, we were in Chinon, a medieval town in the Loire Valley, famously visited by Joan of Arc where she met with Charles VII, the future King of France, to try to convince him to let her help him defeat the pesky British in the Hundred Years War and save France. Or something like that. 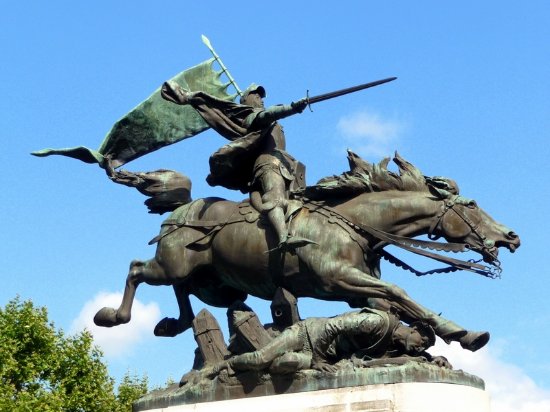 There is an impressive statue of Jeanne d’Arc in a parking lot in Chinon, trampling some poor (we assume English) guy. Photo credit: tripadvisor.com (my photo of the statue did not turn out so great). 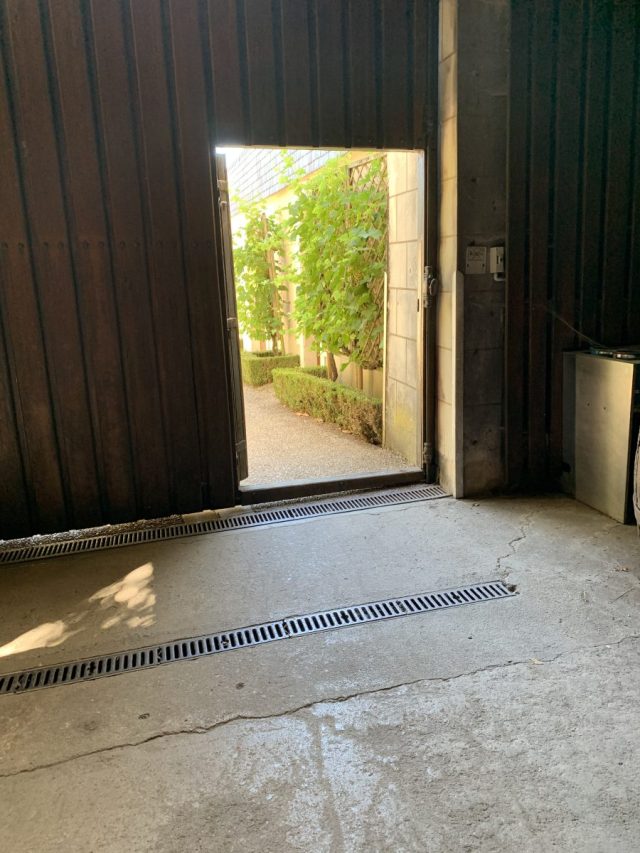 My wife and I both like pictures of doors.

My wife is known for taking a lot of pictures but she rarely (ever?) takes a random picture without (at least) one of us in the shot.

We are not always thrilled about it… 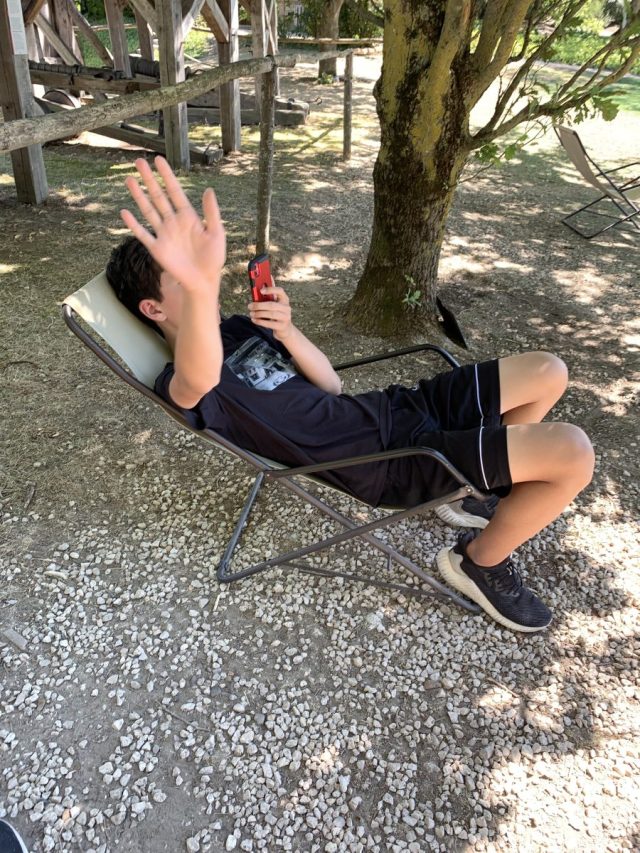 …and it often leads to defiance.

From Chinon, we took the train back up to Tours and then on to Paris, where we checked in to a hotel near Les Halles. 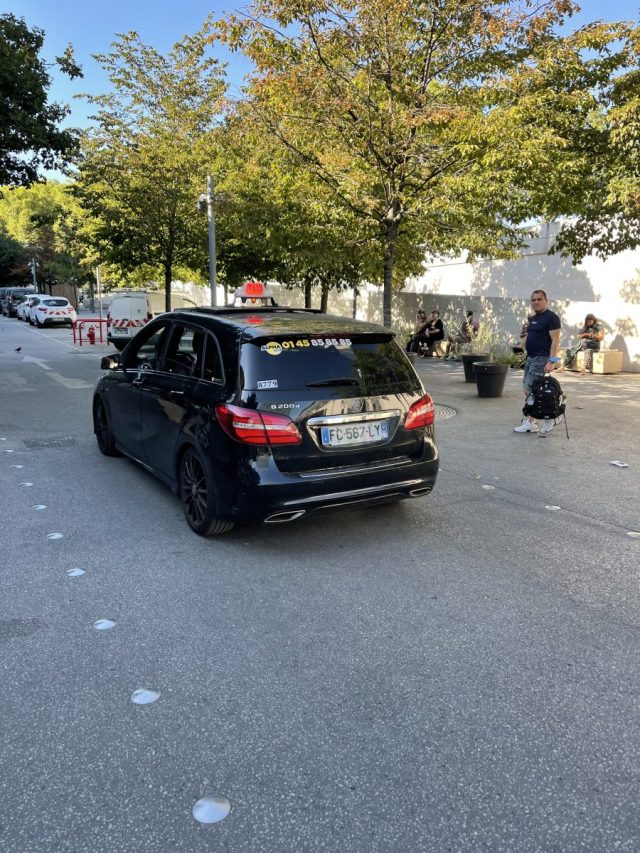 We arrived at La Gare d’Austerlitz and hired a taxi to take our bags to the hotel. My wife made me run after the taxi to take a photo of the license plate since, well, her. 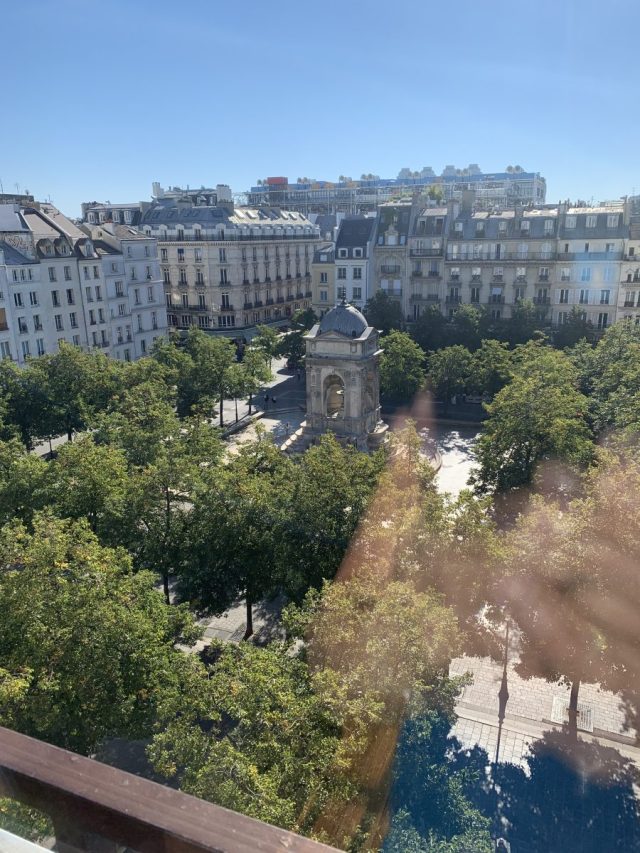 Where we had a decent view of la Place des Innocents and the top of the Pompidou Center. 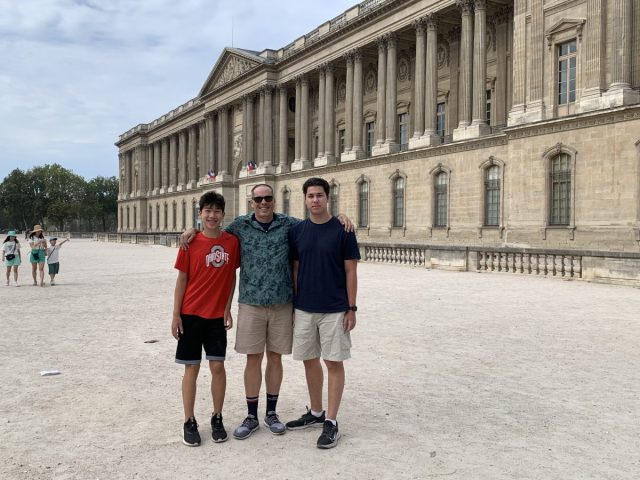 On one of the days in Paris, we braved the heat and walked across town. Upon reaching this building, one (who shall remain nameless) of us asked me: “Hey what is that building?” To which I responded “The Louvre? You may have heard of it?” (Yes, I have been accused once or twice of being a sarcastic smart, er, alec.)

I agreed to the taking of this photo freely and willingly. 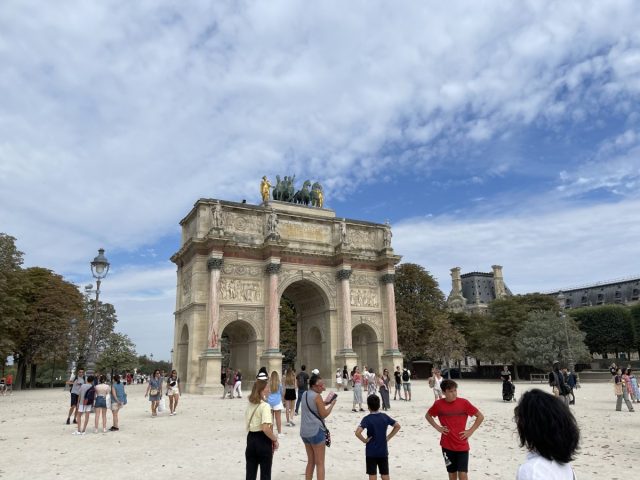 We then headed up through the Tuileries where one of us (not me) tried to convince my wife that this was the Arc de Triomphe (our eventual goal). 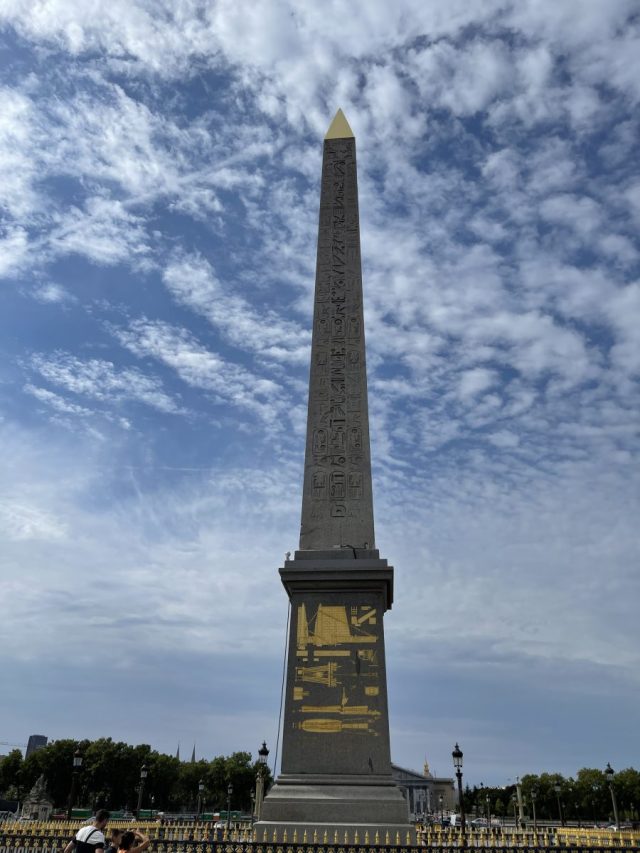 On to the Place de la Concorde, and then up Les Champs.

We made our way up to the Arc, but I could convince no one to climb to the top. We did, however, take a slew of photos.

I am sure how I feel about this photo since it underscores the fact that everyone in the family has better hair than do I.

Of course we did our fair share of eating in France and here I am showing Nathan how one attacks escargot when it comes in those annoying shells.

Even the salads in France are masterpieces.

We opted out of the hotel breakfasts and found local patisseries, instead. 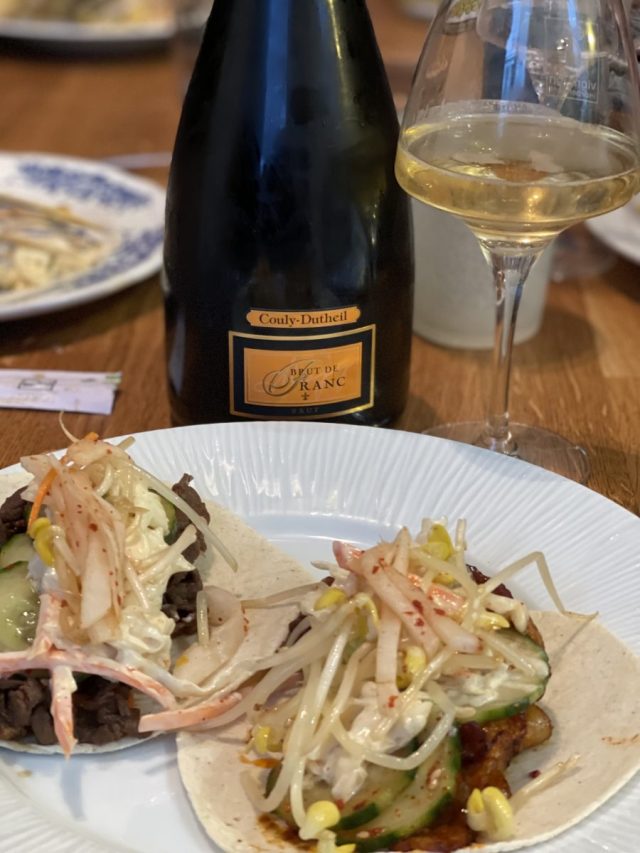 I once again made my Korean tacos (now a frequent request from our dear Parisian friends). Beef on the left, pork on the right. 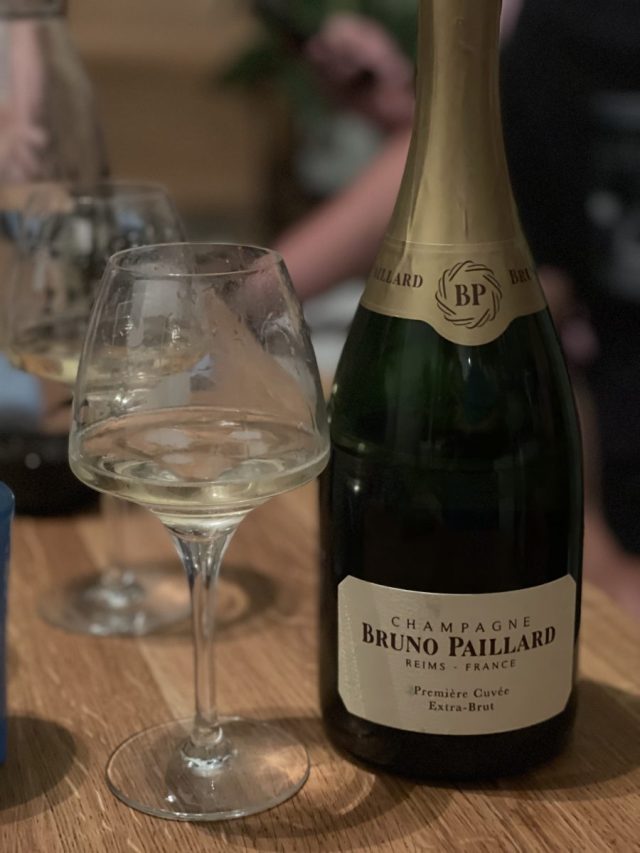 We did manage to polish off some champagne while in Paris, including one of my favorites: Bruno Paillard.

Sainte Eustache, a widely forgotten church in Paris, is one of my favorites as it marks the edge of what I consider “my” neighborhood.

Sadly, our trip came to an end and I had to say goodbye to the office where I have spent most of my time in Paris over the last nearly 30 (!!) years. Who knows what it will look like when I make it back?

One more photo from my wife who took this shot of the boys, ever so happy that we got upgraded to Polaris on the way back to the U.S.

I have been an occasional cycling tour guide in Europe for the past 20 years, visiting most of the wine regions of France. Through this "job" I developed a love for wine and the stories that often accompany the pulling of a cork. I live in Houston with my lovely wife and two wonderful sons.
View all posts by the drunken cyclist →
This entry was posted in Family, France, Paris, Wine. Bookmark the permalink.

1 Response to A Few More Photos From France