When I left you Monday, I had survived the most bug-infested ride I had ever done in my life and had a wonderful dinner on my last night in Saint Émilion. The following day, I was to leave the friendly wine village and head off to an actual winery, Château de Vacques.

As I have mentioned a few times in this spot, last November I lost one of the more influential people in my life who had become a good friend. Nicolas was the founder and owner of Blue Marble Travel, the European Cycling Tour Company where I worked for the better part of three decades. I often say that I considered him a brother, so much so that our two boys refer to him and his wife as “uncle Nicolas and auntie Laura.”

By my estimation, there are few people in your life, outside your legitimate family (and sometimes even including them), that you can truly count on to be there when life throws you a curve ball. Nicolas and Laura are those kinds of people for us. Sure they live in Paris and “being there” thus takes on a slightly different meaning, but in the end, I consider them in that smallest of circles that constitute our Venn diagram of friends.

Thus, his death was a bit of a shock, to say the least, and while I have written a bit about it, I felt the need to get back to France this year and ride my bike, not as a tribute in the traditional sort of way, but more of a way to honor what he has meant in my life. My wife, my kids, my ability to speak French, and the travel I have done in and around France, all can be either directly or indirectly related to having met Nicolas so many years ago in Greenwich Village to discuss the possibility of working as a cycling tour guide for his company. 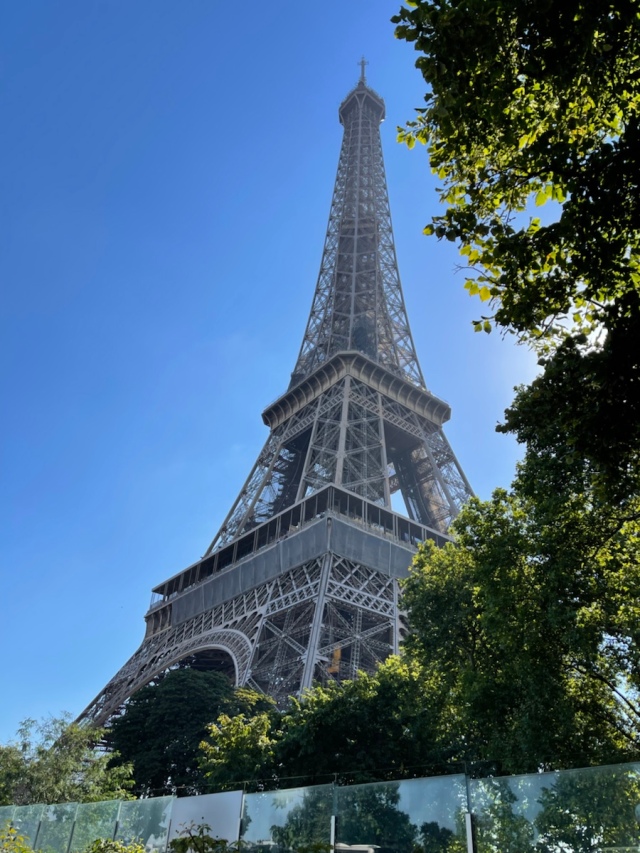 I seriously can’t count the number of times I have been to Paris as a result of my relationship with Nicolas, Laura, and Blue Marble Travel.

I started working for Blue Marble nearly thirty years ago and I had a bevy of trips that I would run: Burgundy, the Loire Valley, Champagne, Alsace, Belgium, and the Swiss Alps. Over the years, those were my staple routes but occasionally I would add in Provence, the French part of the Basque trip (I don’t speak Spanish, so I would stop at the border (but usually hang on for San Sebastian–such a great city), and even rarer still, the Jura (since it was one of Nicolas’ favorites). 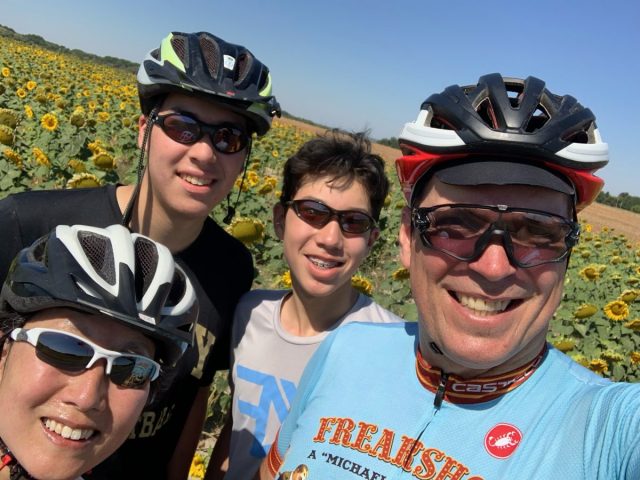 We certainly would not have spent our summer vacation this year riding in the Loire Valley had it not been for all my years as a tour guide in France.

There were two trips, however, that I never did: the Dordogne and the Gorges of the Cevennes. The reasoning, for the most part, was sound: each year, he would hire new guides, who would have to be trained on the routes (this just in: it is helpful knowing where you are going when you are a tour guide). And since I had already been “trained” on the trips mentioned above (I say “trained” but I have to have the single worst sense of direction on the planet, so all the “training” in the world did not prevent me from getting lost), there was no need to have me learn the Dordogne and Cevennes trips–the newbies would learn those.

Thus, there was a bit of a running joke between Nicolas and me that I was “forbidden” or not “allowed” to run those two trips. As I started to think about what trips I should ride after his passing, the choice was clear–I was going to finally ride these two “forbidden” trips even if (or maybe in hopes of) him turning over in his grave (he actually was cremated and has no “grave” but I think you are picking up what I am laying down here).

Besides, he died still owing me $400 Billion that he lost to me on a bet for knowing who sits on top of that horse in the middle of Place des Victoires in Paris. Do you?

Another inside joke of sorts was what Blue Marble called the “route sheets.” Briefly, they were the written out (in prose) turn-by-turn directions of the routes that the clients and guides were to follow each day. Nicolas, who no one ever characterized as “reticent” or “succinct” composed some of the most esoteric and lengthy “directions” known to the human race. So, as part of my voyage, I decided to translate all of the route sheets onto GPS.

Now, instead of getting hopelessly turned around dozens and dozens of times on just about every given route sheet, I was completing each day in record time, with minimum frustration (perhaps more on this in the days/weeks to come), at least from a navigational point of view.

There were still the bugs, though. And the French.

At least I can say that despite all my directional challenges, in all my years working for the company, I never missed a train.

The ride was a relatively straight shot down to the Dordogne River for a bit of flat riding and the it started getting a little bit “bumpy” in the second half of the ride. While it has been a half-dozen years now living in completely flat Houston, I was not really worried about the hills since they were certainly not very long, and they did not look all that steep. Besides, the ride ended at a winery, how bad could it be? 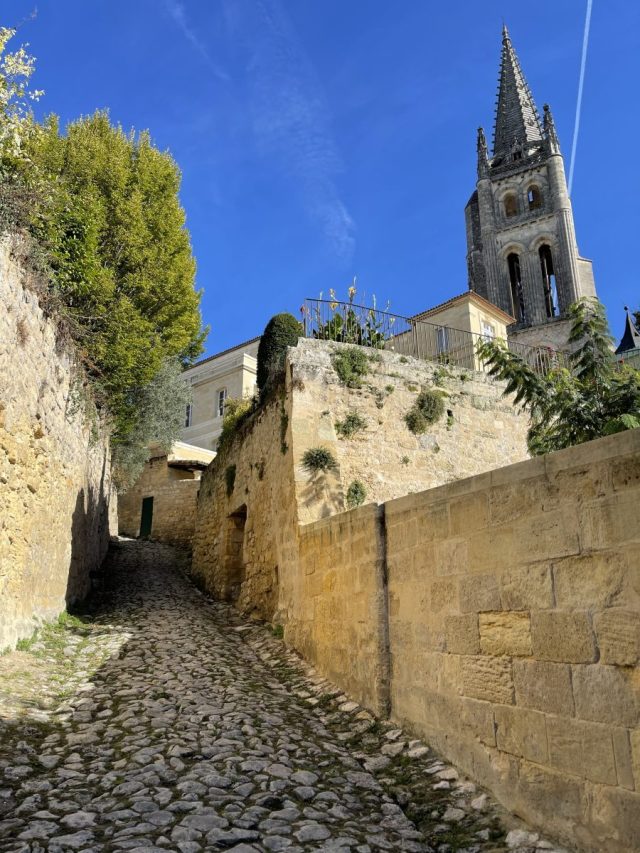 One more walk about town and a quick lunch, and I would be on my way….That “street” is even much steeper than it looks.

I have been an occasional cycling tour guide in Europe for the past 20 years, visiting most of the wine regions of France. Through this "job" I developed a love for wine and the stories that often accompany the pulling of a cork. I live in Houston with my lovely wife and two wonderful sons.
View all posts by the drunken cyclist →
This entry was posted in France, Humor, Travel, Wine. Bookmark the permalink.