Many times on this site I have stated that wine is “just a beverage” and objectively, that is certainly true. Wine can be so much more than that as well, however, since unlike most other products that we consume on a daily basis, wine also represents both a time and a place. In a way, wine can serve as a mode of transportation–taking you to a particular region, a particular time, or in some cases, both. Every time I open a bottle of wine, I like to think about the region, the winery, or the vintage and what one or all have meant to me.

A couple of weeks ago I popped a bottle of 2005 Hugel et Fils Pinot Gris Tradition. It was not a particularly memorable or special bottle, but it did transport me back to my junior year in college, which I spent in Strasbourg, France. I briefly reflected on playing basketball for the University team over there. I was never a great player in the States, I was probably barely even “good”. But in France, where the average adult male is about 5’1″, it was rather easy for my 6’4″ uncoordinated body to inflict a little bit of damage. It also helped that the French did not really believe in playing defense and had little clue how to react to aggression (WWI and WWII made a lot more sense after a season of playing basketball in France).

Mostly, I was transported back into the two families with whom I lived during the year. The first family was, well, horrible. I have blocked out most of those experiences, but I do remember a few:

He also had an afro that would have made the pre-plastic surgery/generally creepy Michael Jackson proud. With the extra five inches of hair, he actually looked a bit taller than his wife, Véronique. I quietly referred to his hair style as the “Napoléonic”. 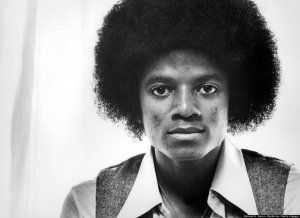 He smoked unfiltered cigarettes non-stop–he would roll the ensuing cigarette with the soon to be retired model dangling precipitously from his lower lip (how he got the roughly centimeter long smoldering butt to remain glued to just one of his lips was a point of fascination for me). Last (since I am trying to keep this post under 2000 words), he also sported pince nez glasses. Altogether, it gave him a young Leon Trotsky look (albeit with crazier hair). I am sure that he would consider the comparison one of the highlights of his life.

Even more amazing was that the duo were probably the two worst cooks in all of France. Consider that for a second: In a country that prides itself on its culinary exploits, here were the absolute two worst cooks in the entire country under one roof. Perhaps their alarming ineptitude in the kitchen was what brought them together, maybe there is a correlation between extreme left-wing politics and extremely offensive food. For a while I even thought they were actually trying to assassinate me since I was a capitalist American pig.

I have no idea what the reason was, but their cooking was bad, really bad. I bemoaned the fact that here I was, spending the year in France and all I did was yearn for a meal that could charitably be described by an independent party as “food” and that it once had a salt and pepper shaker in the same room with it.

I remember two meals in particular.

The first was when my French parents were going out for the evening. I am not sure if they were attending a revolutionary revival or a manifesto “mixer” but they were not going to be back until the wee hours of the morning (I was fairly certain that they were intending to get arrested). Regardless, my French “mom” left me some sort of fish stew in the refrigerator and left a note that I only needed to heat it up for a few minutes on the stove and it was one of their “favorite dishes”.

I took two bites. Both were chock full of bones. I actually might have overlooked the bones if the rest of the dish hadn’t caused me to wretch and convulse uncontrollably. I took the entire pot out to the curb and dumped it into the sewer since I was afraid that she would be offended if I did not eat it. Actually, I was terrified that she would just serve it again causing me to vomit in front of her. I assumed everyone would rather avoid that.

I then walked three miles to the closest restaurant that was still open.

At least in France McDonald’s has beer.

The second memorable meal was just a burnt sausage (or so I initially thought). That was it–there was absolutely nothing else on the plate. I was actually very excited about the meal–I was in Alsace and I was about to eat my first sausage! (I did not give a honey badger that it was burnt beyond belief.) How can you screw up sausage?

I sliced the sucker open and it started to ooze everywhere. My French Comrade father started to laugh uncontrollably as I just sat there perplexed. I am a fairly adventurous eater these days, but back then, I was a 19 year old dufus who had just learned what a bagel was the year before (I grew up in the Midwest where Taco Bell is considered ethnic food). Finally, I tried it and despite the ceaseless flow of near black liquid spewing from the slab, it was perhaps the driest, pastiest, hunk of flavorless “meat” that I have ever eaten.

Then he told me it was Boudin Noir.

Mid-year, I changed families. I had been taking some cooking classes with another of the French “moms” and she was fantastic: an incredible cook, lived in a beautiful house much closer to town, and she drank wine. My previous family would only partake in an occasional beer or shot of vodka (I wish I were kidding) since they felt that wine was far too bourgeois.

I jumped at the chance to switch families.

Sure there were a few problems with the new family. They had a teenage son who would have made my former “father” look like André the Giant. This kid was tiny and he was 14. And his father was maybe 5’1″. Talk about Napoléonic complexes. I am not sure if his lack of vertical stature was the reason, but the kid took just about every opportunity to punch me square in the groin, no doubt damaging my reproductive capacity.

There was also the grandmother that lived in the house and I ate breakfast with her alone just about every day. They were rather quiet meals since she only spoke Alsatian, a German dialect that really no one can understand. She only knew two words in French, as far as I could tell. One was “café”. Every single morning she would ask me if I wanted any coffee. Every single morning I would decline (I have never had a cup of coffee in my life). She could also say “Excuse me” in French (she belched a lot).

I did not have much contact with my new French father since he was pretty much always angry and I was worried that he taught his son the “little trick” of how to deal with people that are much taller than you. He did take me down to their wine cellar a few times, however, and he would ask me to pick out the wine for dinner. I was not even a neophyte back then–I knew next to nothing about wine (so little has changed), thus I was essentially choosing bottles at random. Invariably, he would look at my selection and then start laughing uncontrollably followed by the same phrase in Alsatian, which I am pretty sure translated into “Stupid Tall Uncultured American.”

My new French mother was also a bit odd. She would only refer to me using the more formal “vous” which I never really understood, and resulted in a sort of barrier between us.

But boy could she cook.

Every night we would have incredible meals in the dining room with fantastic wines. I was in heaven.

Oh, and she hated Jews, Blacks, immigrants, and gays. One or more of these groups would be woven into the every evening discussion, switching between French and Alsatian, blaming that evening’s group or groups for all the country’s problems.

But boy could she cook.

I guess she was a French version of Paula Deen.

I still make three of her recipes. Escargot in their own puff pastry, Filet du Porc en Croute (Pork tenderloin wrapped with bacon and cheese in a pastry crust), and a creme fraiche apple tarte. Delicious.

I also credit her as germinating my interest in wine, which has largely defined my adult life.

So every time I open a bottle of wine from Alsace, I am transported back to my year there and try to imagine where I would be had it not been for those experiences. Who knows? I might still be in the Midwest, drinking Coors Light, with about 13 children.

I have been an occasional cycling tour guide in Europe for the past 20 years, visiting most of the wine regions of France. Through this "job" I developed a love for wine and the stories that often accompany the pulling of a cork. I live in Houston with my lovely wife and two wonderful sons.
View all posts by the drunken cyclist →
This entry was posted in Humor, Wine. Bookmark the permalink.