Back Across the Andes and Down to Montes

Posted on September 1, 2017 by the drunken cyclist

I have received many requests over the last few days about information regarding charities that are providing assistance to those affected by Hurricane Harvey. While there are many worthy outlets, I have set up a donation page with Texas Children’s Hospital to help the families with extremely sick children whose homes have been severely damaged by the storm. 100% of the donations go directly to the families (full disclosure: my wife is the Director of the Palliative Care team at the hospital). LINK.

After two fantastic days in Mendoza, Argentina, my trip to South America this past Spring continued as we headed back to Santiago, Chile, this time by plane. Being 6’4″ I normally opt for an aisle seat, particularly in smaller planes such as the one we took to cross the Andes Mountains. Well, this time, as I settled into my aisle seat, I soon realized that the window seat was the coveted choice as we skirted the South American peaks, so while all those seated next to the window were taking oodles of photographs, I just stretched my legs. 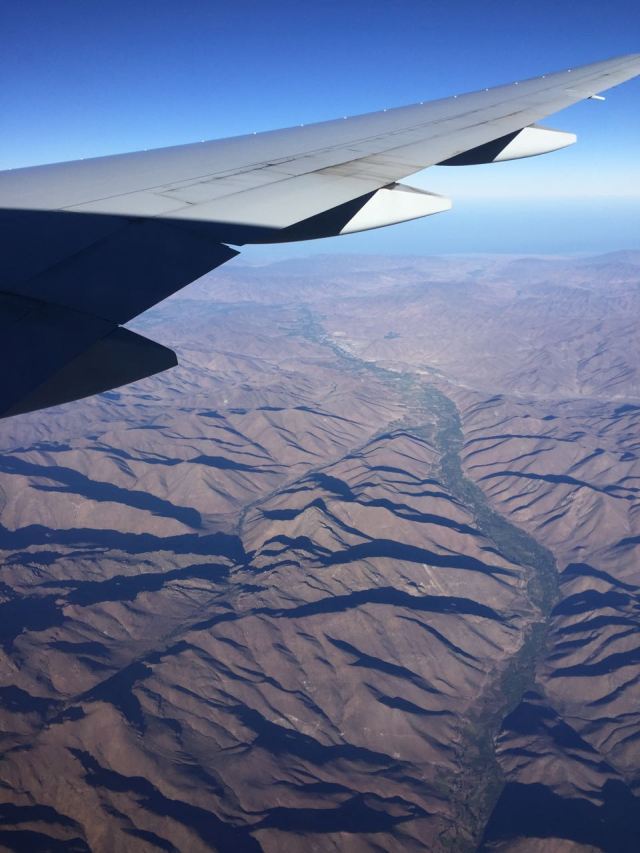 This is a shot I took on the initial flight into Santiago, not the one mentioned above. So yes, it is kind of cheating.

Shortly after landing, we were whisked off to the Montes Winery, in the Apalta region of Chile, a two-hour drive south of the capital city.

Aurelio Montes, Sr. chose the region of Apalta to build his modern winery since, despite popular opinion at the time. Aurelio knew that good grapes could be grown in the region as long as he eschewed the accepted practice of planting vines along the valley floor and ventured into the much more difficult to farm slopes of the Valley’s mountains.

It was also considerably cheaper than trying to find land in Chile’s already well-established Maipo and Casablanca regions. 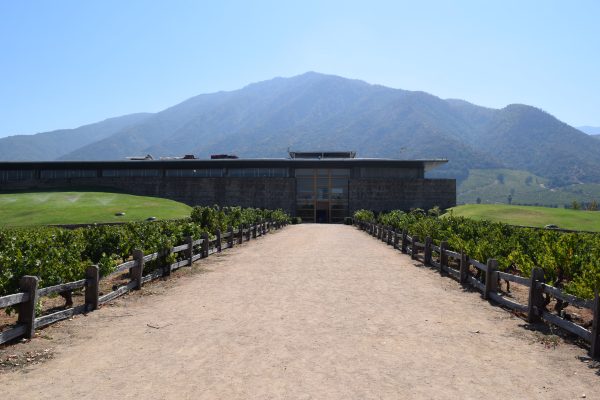 The Montes Winery, completed in 2004, seems to nestle between the vines and the peaks.

Upon arrival, we had a quick tour of the facility, which has the capacity to produce 2.3 million liters of wine, about 260,000 cases.

I am always a sucker for barrel rooms.

After the quick tour of the winery, which was built using Feng Shui principles (Aurelio intimated that he was not quite sure that it did anything for the grapes, but he was convinced it made the workers happy), we sat down to a rather epic tasting. 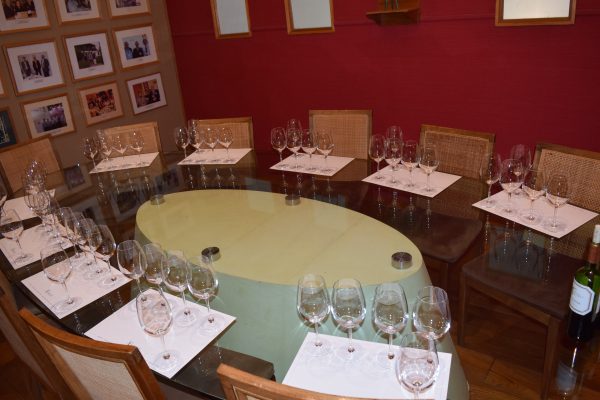 The wonderful people at Montes and Kaiken had organized a rather comprehensive comparison between the wines produced at Montes in Chile, and Kaiken in Argentina. Both Aurelio and his son (who is also named Aurelio) walked us through the tasting as Aurelio, Sr. is responsible for the wines made in Chile, and Aurelio, Jr. was the head winemaker at Kaiken (until recently—Aurelio, Jr. has moved back to Chile to more or less take over for his father). 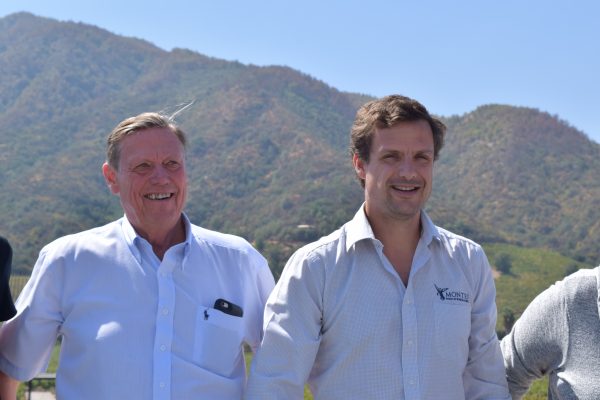 We started with the 2014 Chardonnays.

2014 Kaiken Ultra Chardonnay: Retail $20. From vineyards planted at 5000 feet. Pineapple and light oak. Round with nice fruit but a bit round. Only 20% malo to preserve its limited acidity. Very Good. 87-89 Points.

Next, we moved on to Cabernet Sauvignon, which, according to Aurelio, Sr., is fairly easy to find good examples of in Chile, while it is rare to find good Cabs in Argentina, which focuses on Malbec. Aurelio, Jr., though, was convinced that it was possible to make a great Cabernet in Argentina, he just needed to find the right spot

2013 Montes Alpha Cabernet Sauvignon: Retail $25. Powerful notes of mocha on the nose, and a bit austere on the palate with some spicy raspberry and sharp tannins. This wine clearly needs some time. Very Good to Outstanding. 89-91 Points.

Both Kaiken and Montes are, where possible, converting their vineyards over to biodynamic farming, since both father and son feel that it better prepares the vines to survive on their own and adapt to changing conditions better.

Malbec had been planted in Argentina since 1852, but Kaiken was one of the first to push a higher quality Malbec and so they planted vines at 6000 feet, at an altitude which is at the limit as to where grape vines can grow.

2013 Kaiken Ultra Malbec: Retail $25. Muted nose but big luscious fruit and chalky but soft tannins. This is the type of wine that makes Argentinian Malbec so sought after. Outstanding. 90-92 Points.

As we moved on to the Chilean Malbec, Aurelio, Sr. admitted he has a bit of a competitive nature—even when it comes to his son. Since Aurelio, Jr. was determined to make a Cabernet in Argentina, the father decided that he needed to make a Malbec in Chile—just to show the lad that his elder could still do anything the younger could.

Even though this already seemed like a lot, we were just getting started. More on the trip next week.

I have been an occasional cycling tour guide in Europe for the past 20 years, visiting most of the wine regions of France. Through this "job" I developed a love for wine and the stories that often accompany the pulling of a cork. I live in Houston with my lovely wife and two wonderful sons.
View all posts by the drunken cyclist →
This entry was posted in Argentina, Cabernet Sauvignon, Chardonnay, Chile, Kaiken, Malbec, Montes, Wine. Bookmark the permalink.

4 Responses to Back Across the Andes and Down to Montes