Posted on September 23, 2019 by the drunken cyclist

2015 Camlow Cellars Pinot Noir Magna Porcum Big Pig, Green Valley of Russian River Valley, Sonoma County, CA: Retail $50. Dark in the glass, almost Syrah-like, with aromas of blackberry and cassis, also Syrah-like. The palate is not nearly as brutish as the nose hinted, with plenty of dark fruit, yes, but also tart and complex with decided earth coming through on the finish. While this is not the most introspective Pinot I have had, it is juicy, fruity, and fun. Sure, there are more terroir-driven wines out there, but this is fantastic. Excellent. 90-92 Points.

2017 Camlow Cellars Pinot Noir, Green Valley of Russian River Valley, Sonoma County, CA: Retail $25. I bought half-a-dozen bottles of this wine when the winemaker came to visit our house last year for a tasting. I had forgotten about them until today when I needed something cold to watch my football team on this rather warm “fall” day here in Houston. Fairly dark for a rosé with a bit of funk and ripe strawberry on the nose. The palate is tart and a bit funky (I love the funk) as some Pinot rosés can be. While not the best Rosé of Pinot I have ever tasted, this is rather nice. Very Good to Excellent. 88-90 Points.

2009 Château du Nozet Pouilly-Fumé La Doucette, France: Retail 25€. 100% Sauvignon Blanc. bought a couple of bottles of this wine as I was passing through the town and we had stopped at the roadside tasting room. I was enamored with this wine way back in 2012 when we bought a couple of bottles. This was our first foray into those purchased wines. Whoa. Just slightly golden in the glass with lemon, white peach, guava (maybe), and a tab of butter. The palate is just short of magical with incredible balance, subtle fruit, weight, and a lingering finish. Whoa. This is Sauvignon Blanc at its best. Excellent. 92-94 Points.

2013 Bernard et Christophe Richel Vin de Savoie Apremont, France: Retail $15. 100% Jacquère. I bought these a while ago as fodder for my then unquenchable desire for Kirs. Traditionally, Kirs were made with the rather insipidly acidic Burgundies made with Aligoté. Once the wines made from that rather rare variety became “chic” though, the prices of said wine became largely inappreciable. Well, one day, while out in search of some Aligoté, I found these. Score. Nice acidity, still fairly present fruit, and a tart finish. Worth the $9 spent. Good. 85-87 Points.

2015 Château des Sarrins Côtes de Provence Rosé: Retail: 15€. Cinsault, Grenache, Syrah, Mourvèdre. My wife was out of town and I think I promised I would not consume any sparkling wines when she is away. At least she claims I made that deal. But there was nothing against thinning out the rosé herd a bit. I pulled this bottle that I purchased over three years ago at the winery in Provence. Who says rosé can’t age gracefully? This seems better than the bottle that I popped last year, primarily on the finish. Very pale pink in the glass with very muted aromas—mostly floral but with some delicate red fruit as well (I think). The palate shows considerably more fruit aside those floral/perfumed notes that defined the nose. Plenty of acidity, but in balance with the aromatics. The finish is tart, fruity, and delicious. This is really close to a Whoa which is what I would expect from a wine from Bruno Paillard. Excellent. 91-93 Points. 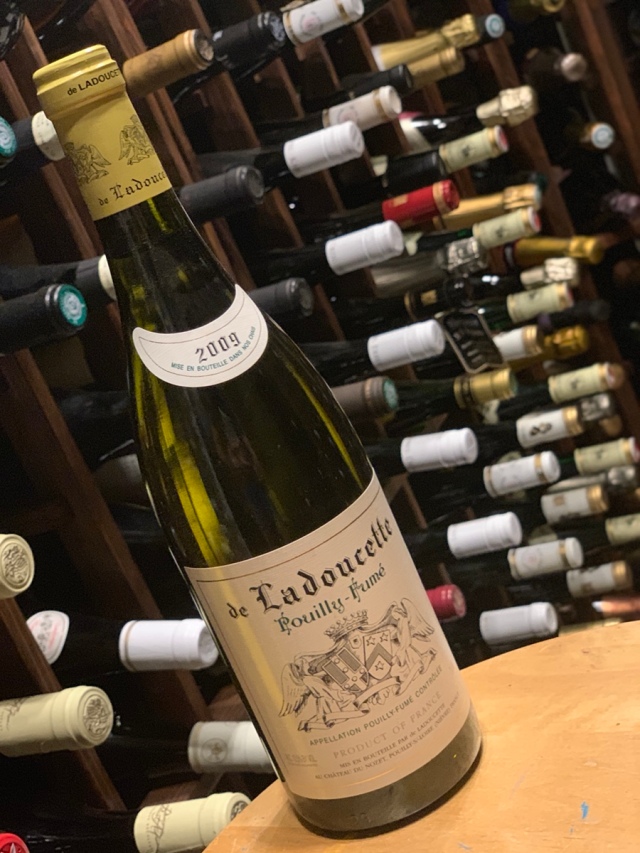 WINE OF THE WEEK: As I sit here at my keyboard late on Sunday night, I am seriously considering deviating from my normal “process” for determining the Wine of the Week and selecting the least “impressive” wine this week as the WotW. Why? In simple terms, even “average” wines need love, too. Sure, it is fun to wax poetically and read longingly about transformative wines–wines that challenge us to reevaluate practically everything from the definition of beauty to the meaning of life. But let’s face it, sometimes what we want (or even need) is not a diversion or introspection but rather a cold glass of fermented juice with only one condition: that it does not suck. Well, the Richel Vin de Savoie Apremont was precisely that. It was late and I wanted one more glass of something. But only a glass. So I did not want to open a bottle that would tempt me to have more than a single glass, one that would cause me to sit, reflect, pontificate. No. I wanted a glass simply above the level of schlock. That was the Apremont–uncomplicated yet fine, but I would not lose any sleep if I never had another glass and it became cooking wine or fodder for my vinegar-making experiment.

But let’s not kid ourselves, that is not going to be my wine of the week. Nope, that came down to the Château des Sarrins, and the 2009 Château du Nozet Pouilly-Fumé La Doucette with the latter getting the honors this week. Why? While I would love to have another bottle (or ten) of each, if there were a gun to my head (which happily has not happened for a couple of decades now), I would have to opt for the Nozet La Doucette.

I have been an occasional cycling tour guide in Europe for the past 20 years, visiting most of the wine regions of France. Through this "job" I developed a love for wine and the stories that often accompany the pulling of a cork. I live in Houston with my lovely wife and two wonderful sons.
View all posts by the drunken cyclist →
This entry was posted in Cinsault/Cinsaut, Grenache, Jacquère, Mourvèdre, Pinot Noir, Rosé, Sauvignon Blanc, Syrah. Bookmark the permalink.