Like most people, my travel has been severely limited this past month and for the foreseeable future. I was scheduled to have already been to Beaujolais in France, I would have been heading to California this week, and then South America at the end of the month. Perhaps the most disappointing? I was due to attend the Giro d’Italia (Italy’s version of the Tour de France) in May.

Instead, in the past few months, the furthest I have been from our home in Houston has been about 10 miles when I went on a bike ride out to the Western edge of the city. If you take the bike out of the equation, the furthest I have “traveled” is 3.1 miles to our local grocery store, the H.E.B. (Update: this last week we did drive to Arkansas for a few days)

Thus, this lull is causing me to become a bit stir crazy and my wanderlust is in full bloom. Pretty much since the beginning of the pandemic, I have wondered where I would go if I could. Where would be the first place I would visit once it made sense to travel again?

Of the “virtual” trips listed above, all have been trips that I have made on my own at least at one point or another. Sure, some were made in conjunction with a press trip, but all were done pretty much on my own.

Today, we travel to Alentejo, in Southern Portugal, a region that many have likely not heard of and which most (including experienced sommeliers) pronounce incorrectly:

Or even the great Gar Vay-Ner-CHUK:

Nope. Here’s someone pronouncing it the correct way:

Now that we have that out of the way….

I was invited (and accepted, naturally) on a press trip to the Alentejo region of Portugal a few years ago now and I was impressed.

Any exploration of Alentejo has to start in Evora, the region’s capital, just a short 90-minute train ride from Lisbon. 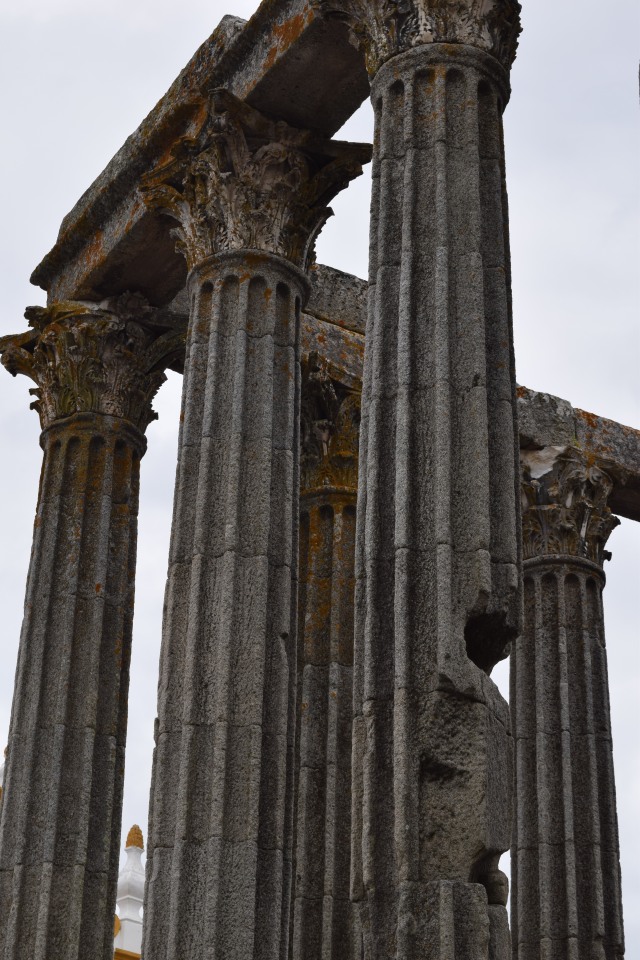 The history of the town goes back millennia, including the Roman Temple of Diana in the center of town.

And a viaduct on the town’s edge. 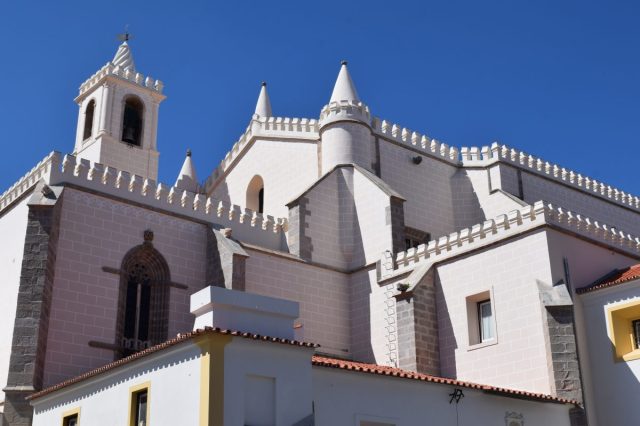 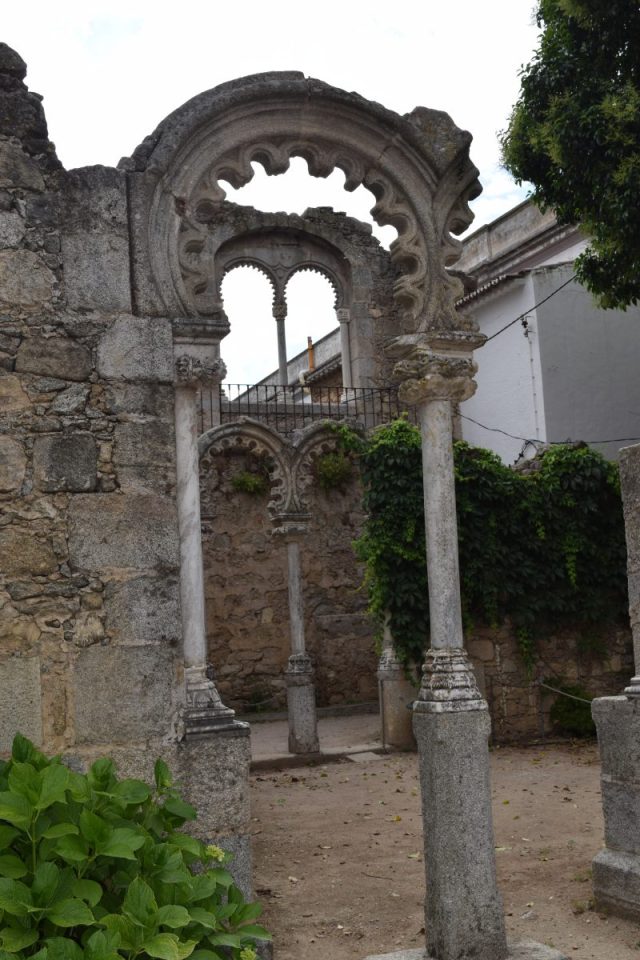 There is also a heavy Moorish influence due to the invasion in the 8th Century. 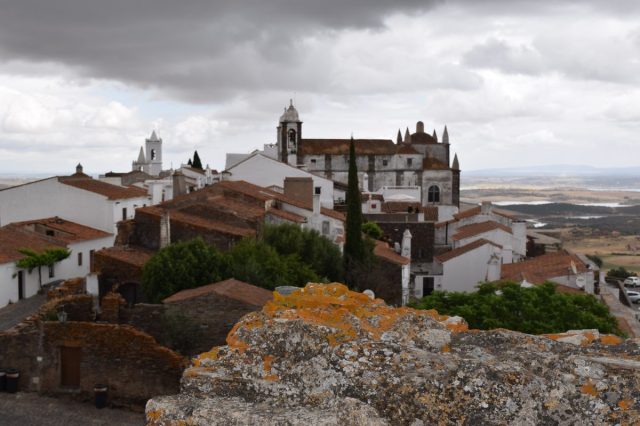 A short 45-minute drive from Evora, is the medieval hilltop town of Monsaraz. Just a few kilometers from the Spanish border, it was once an important military outpost.

Until relatively recently, Alentejo was perhaps most widely known as one of the world’s largest producers of cork. 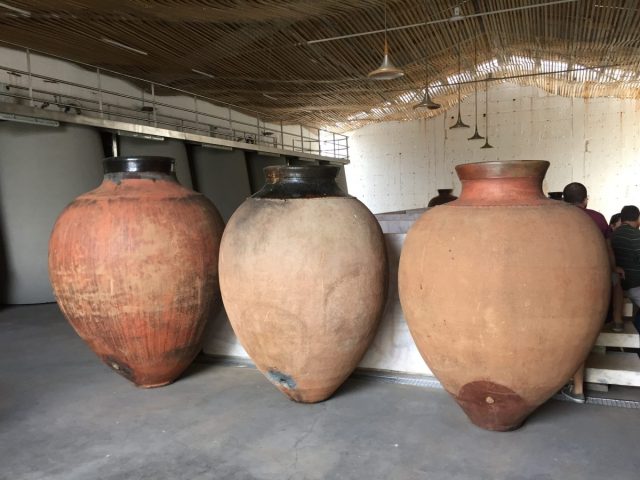 The traditional amphorae or tahla are becoming synonymous with the region as well as many winemakers are reviving the ancient method of winemaking in these open top enormous clay pots.

At the top of the list is the José Maria da Fonseca Wine Company that has over a hundred tahla.

Wherever I go, I get accused of storing the pot (sorry, I had to go there).

…and a properly tiled roof.

Speaking of tradition, many producers in Alentejo still use lagares, large stone open tanks, to tread the grapes by foot. Here, there incredibly handsome John Reynolds of Mouchão ponders the coming harvest.

Speaking of Mouchão, it was likely my favorite wine of the visit (although not an easy choice). 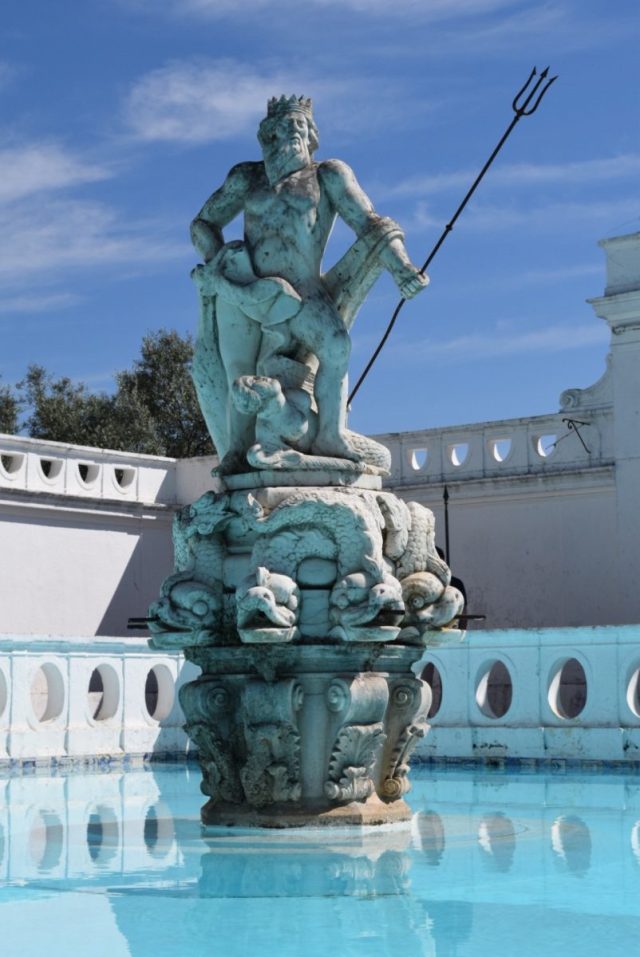 Other contenders (in addition to the aforementioned Esporão and José Maria da Fonseca): Dona Maria (I mean how could a winery that has this statue on its grounds not make great wine?)…

…Cartuxa (I had a feeling I would love the wines before I stepped foot into the tasting room in Evora–I wonder why?)…

…the vines I helped plant at João Portugal Ramos should be in production soon, so of course, those wines will be stellar… 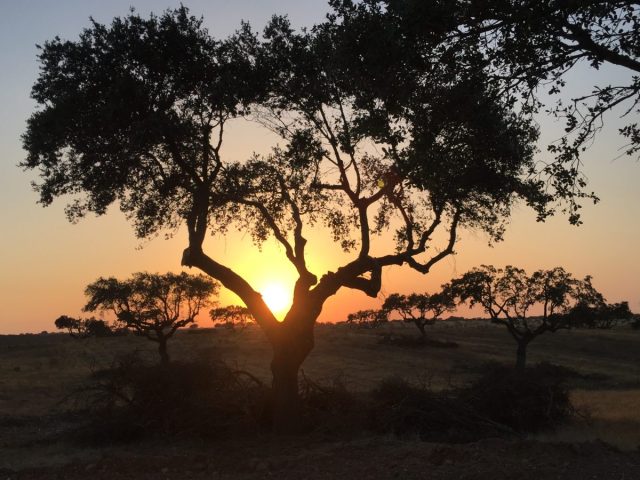 That’s all I have from Alentejo for now…off to a new destination next week!

I have been an occasional cycling tour guide in Europe for the past 20 years, visiting most of the wine regions of France. Through this "job" I developed a love for wine and the stories that often accompany the pulling of a cork. I live in Houston with my lovely wife and two wonderful sons.
View all posts by the drunken cyclist →
This entry was posted in Alentejo, Portugal, Wine and tagged Houston. Bookmark the permalink.