Posted on August 2, 2021 by the drunken cyclist

2016 Castellare di Castellina Chianti Classico, Italy: Retail $25. 90% Sangiovese, 10% Canaiolo. While this sells for around $25 in the States, I picked up three bottles for roughly half of that while I was in Verona for VinItaly a few years ago. Smart decision. This is only the first of the three I have opened and this bottle has heightened my anticipation for the other two. Great dark berry fruit on both the nose and the palate along with some spice and earth. When I have a bottle of wine like this, I realize fairly quickly that I need to buy and drink more Chianti Classico. Fantastico. Outstanding. 93 Points.

2013 Cecchi Chianti Classico, Italy: Retail $18. 100% Sangiovese. Pretty crazy, but I bought this nearly five years ago and tasted the first one about a year later. This is the second bottle which I bought at my local grocery store (I love my H-E-B!) for right around eleven bucks. Chianti Classico? Slightly over $10? Steal. While this was a bit funky (even though I love the funk) on the nose and a bit flat on the palate on Day One, I put a cork in it and revisited 24 hours later. Much fruitier with barely a hint of the funk. Fruity, juicy, nice. Excellent. 91 Points.

2016 Chateau St. Jean Pinot Noir Benoist Ranch, Sonoma Coast, CA: Retail $70. Under cork. I bought a case of this at a 60% off sale from the winery and while this is certainly not my style of Pinot Noir, this is pretty darned tasty. Dark and brooding in the glass, particularly for a Pinot, with intense blackberry fruit and some black cherry (otherwise it would not be a Pinot, right?), this wine is rich and inviting. The palate reveals what the nose suggests, oodles of fruit, intense secondary flavors, and enough acidity to hold it all in check. Again, not my style, but still close to gangbusters. Excellent. 92 Points.

NV Deutz Champagne Brut Classic, France: Retail $50. 38% Pinot Noir, 32% Pinot Meunier, 30% Chardonnay. Deutz is located in Aÿ, one of the best wine towns in Champagne, known for its Pinot Noir. I have had a bit of Deutz, but not a ton, so I am far from an expert, but this is tasty. Fairly dark in the glass with aromas of baked pear, tart satin, and freshly baked croissant. The palate is rich and full with plenty of fruit and oodles of yeasty goodness. Yowza. Very close to a Whoa. Excellent. 92 Points.

2008 Domaine Durand Cornas Empreintes, Northern Rhône, France: Retail $50. 100% Syrah. I bought this way back in 2012 and taste the first bottle of the three shortly thereafter. It was OK (88 pts.). This bottle? More than nine years later? Yowza. Even though it is “old” (my wife’s word, not mine) it is still full of fruit, verve, and life. Dark red and black fruit on the nose along with anise and spice, yeah, imagine, spice on a Syrah. The palate is balanced between the fruit, spice, acidity, and mostly integrated tannins. OK. Whoa. Outstanding. 93 Points.

2012 Masút Pinot Noir Estate Vineyard, Mendocino County Eagle Peak, CA: Retail $40. I bought six bottles of this wine back in 2014 from the now-defunct Wineshopper.com which was the Wine.com answer to Wines Til Sold Out (WTSO.com), the original (and still best?) wine flash site (one wine on sale until sold out). Still surprisingly fresh with black cherry and some darker fruit (blackberry) lighting up the nose. The palate is quite, well, fun, with plenty of fruit, a near-searing acidity, and several layers of complexity. Fantastic. Excellent. 91 Points. 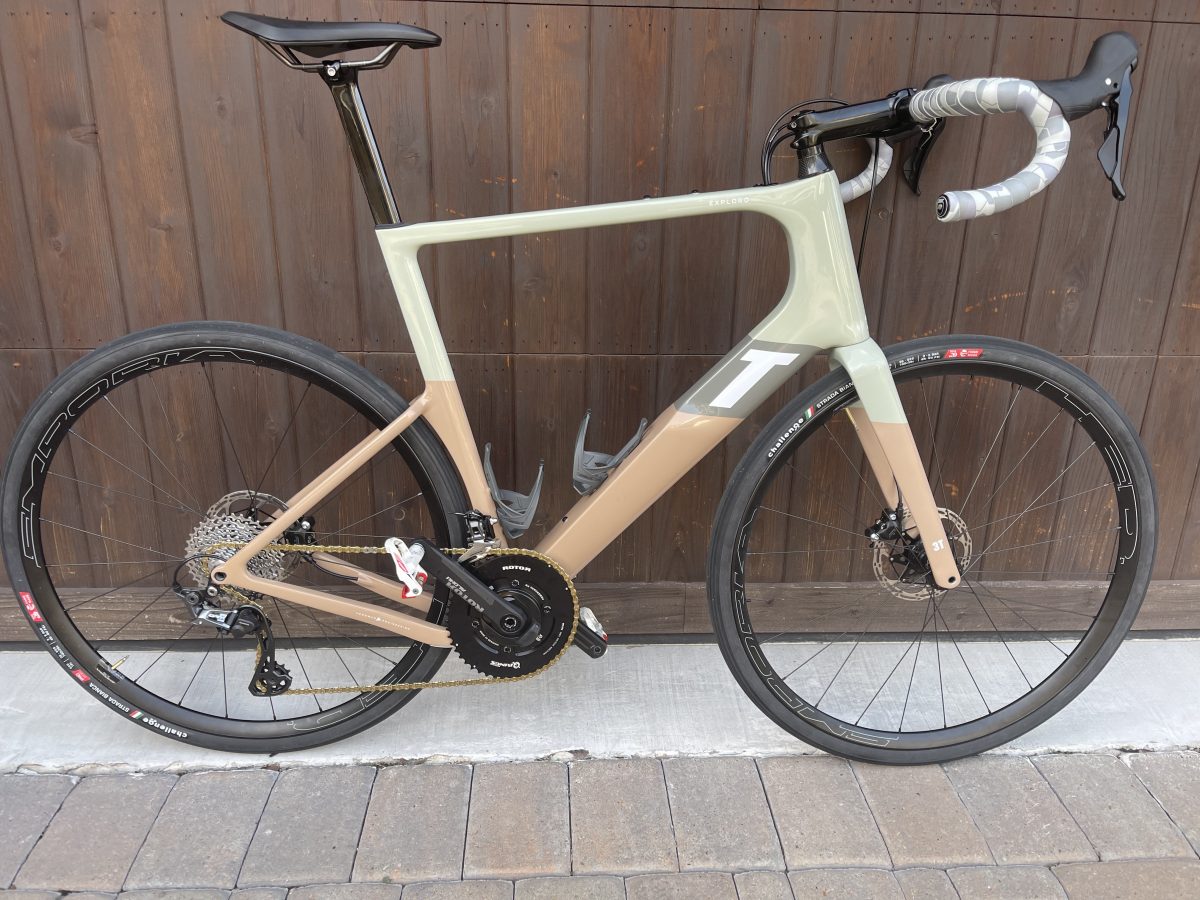 WINE OF THE WEEK: This week, I am out in Oregon, riding my bike and visiting some wineries. As such, I am limited to what I have with me on my laptop and my phone. So, after I finished editing the notes above and it was time to pick the Wine of the Week, I scoured the devices at my disposal for a picture of the wines listed in this post. Much to my chagrin, I found nary a one. Nada. Zilch. Bupkis. So what is a guy to do? Well, I could wax poetically about any or all of the wines this week as they are all worthy of the top honor. Or, I could just name the 2008 Domaine Durand Cornas Empreintes this week’s Wine of the Week, include a picture of my new gravel bike, and call it a day. I opted for the latter.

I have been an occasional cycling tour guide in Europe for the past 20 years, visiting most of the wine regions of France. Through this "job" I developed a love for wine and the stories that often accompany the pulling of a cork. I live in Houston with my lovely wife and two wonderful sons.
View all posts by the drunken cyclist →
This entry was posted in Canaiolo, Champagne, Chardonnay, Pinot Meunier, Pinot Noir, Sangiovese, Sparkling Wine, Syrah, Wine. Bookmark the permalink.