Tales from Alentejo: A Couple of Days in Lisbon—Part Two

These last few weeks, I have been chronicling my trip to Portugal last Spring. The trip started on a Monday in late May with a visit to the medieval town of Monsaraz, and the wineries of Esporão, and José de Sousa. Tuesday started with a trip to Cartuxa, and Wednesday morning we found ourselves at Dona Maria, and Thursday, we started at Herdade do Mouchão, and finished at Herdade de Malhadinha Nova. After the press trip was over, a spent a few glorious days in the capital city of Lisbon.

After exploring the Alfama and the Barrio Alto neighborhoods, I made my way up another of Lisbon’s many hills to the São Jorge Castle, a medieval fortress built by the Moors to defend the city. 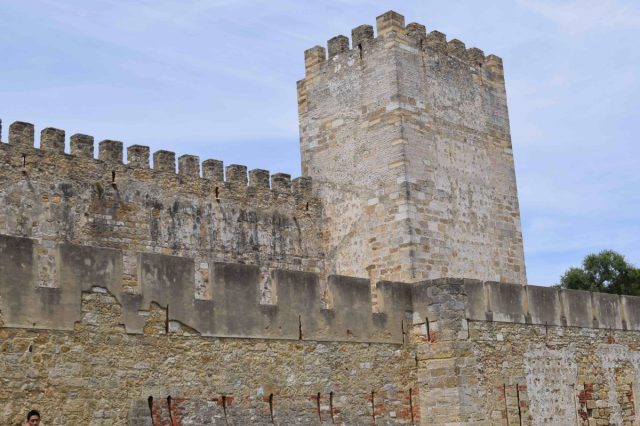 I am always up for a good castle storming, and the São Jorge Castle is one of the better preserved medieval defensive fortresses that I have visited.

Incredible views of the city below at every turn. 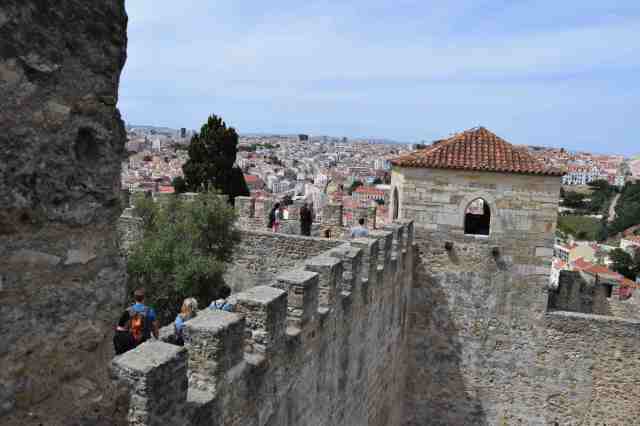 The wait to get in was long, and the castle was crowded with other tourists, but it was worth it.

The next stop was the Santa Justa lift, a steel elevator in the center of the city that connects the lower part of Lisbon with the Largo do Carmo area atop yet another hill. 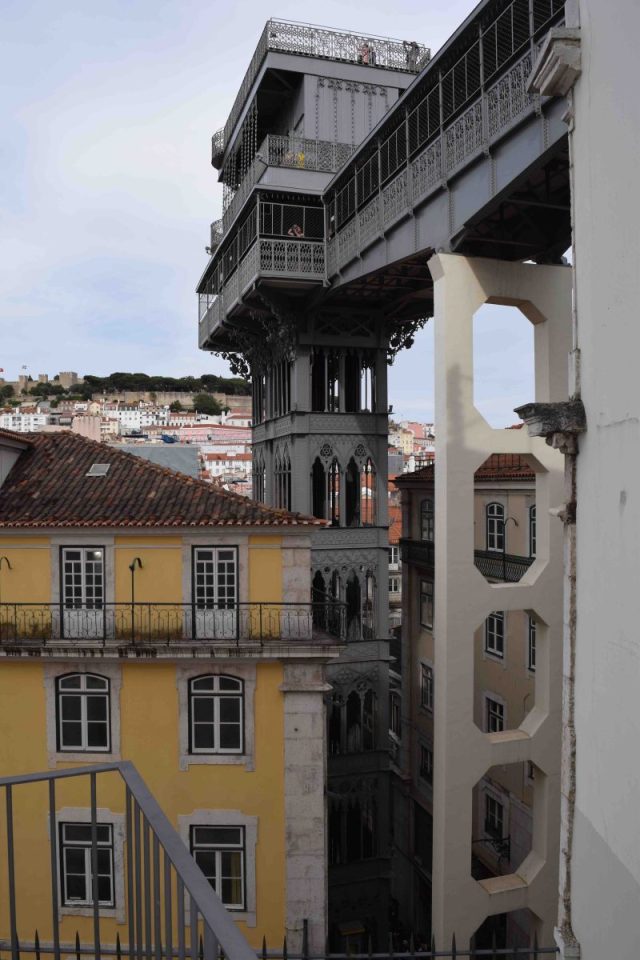 The Santa Justa Lift, with São Jorge Castle in the distance.

Other than to experience more breathtaking views of the city, the main reason to endure the line to ride the elevator is to visit the ruins of the Carmo Convent, a 14th Century Gothic structure that was badly damaged by an earthquake in the 18th Century.

And provides amateur photographers with countless angles to experiment with natural light.

There was no agenda to my three days in Lisbon—I wanted to see the major landmarks, stroll the city, drink some Alentejano wine, eat some fresh seafood, and write. As it turned out, I was in the Portuguese capital for the first weekend of the Festas de Lisboa, or St. Anthony’s Festival, which culminates on the anniversary of his death, June 13th.

St. Anthony, one of Portugal’s patron saints, was born in the 12th Century in Lisbon and June 13th is a municipal holiday. The partying starts, though, as soon as the month of May ends and encompasses most of the city. My little neighborhood of Alfama was festooned with garlands, flowers, lights, and food stands in every nook available.

While most of the day, the revelers remained in the recesses of the city, once the sun approached, and then breached the horizon, they came out in droves.

This scene was a two minute walk from my apartment. 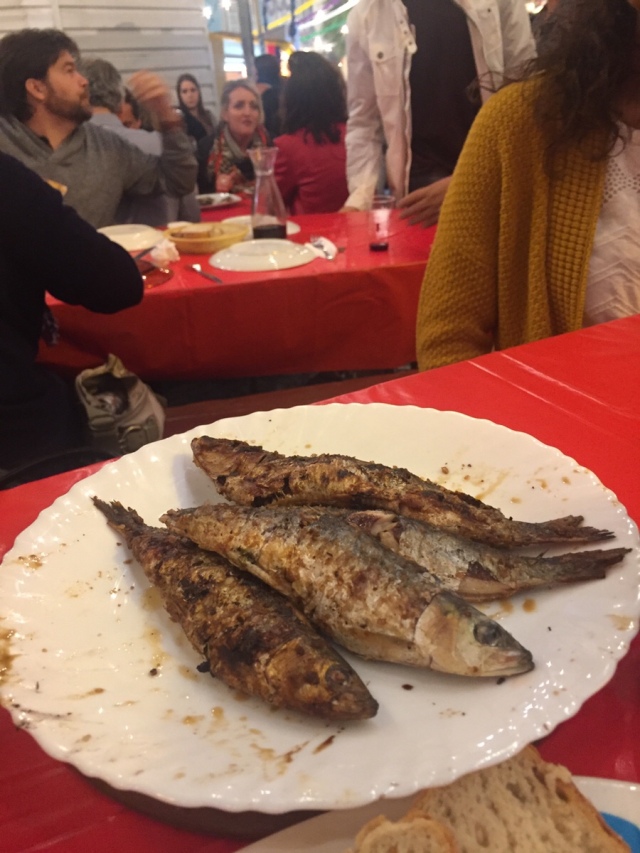 While perhaps lacking in presentation, the forearm sized sardines sold by most of the many street vendors more than made up for it in freshness and flavors.

Any trip to Lisbon should include a night spent in a bar, taking in a performance of Fado, the Portuguese version of Blues.

Still more to come next week….

I have been an occasional cycling tour guide in Europe for the past 20 years, visiting most of the wine regions of France. Through this "job" I developed a love for wine and the stories that often accompany the pulling of a cork. I live in Houston with my lovely wife and two wonderful sons.
View all posts by the drunken cyclist →
This entry was posted in Portugal. Bookmark the permalink.

2 Responses to Tales from Alentejo: A Couple of Days in Lisbon—Part Two