Like most people, my travel has been severely limited this past month and for the foreseeable future. I was scheduled to have already been to Beaujolais in France, I would have been heading to California this week, and then South America at the end of the month. Perhaps the most disappointing? I was due to attend the Giro d’Italia (Italy’s version of the Tour de France) in May.

Instead, in the past few months, the furthest I have been from our home in Houston has been about 10 miles when I went on a bike ride out to the Western edge of the city. If you take the bike out of the equation, the furthest I have “traveled” is 3.1 miles to our local grocery store, the H.E.B. (Update: this last week we did drive to Arkansas for a few days)

Thus, this lull is causing me to become a bit stir crazy and my wanderlust is in full bloom. Pretty much since the beginning of the pandemic, I have wondered where I would go if I could. Where would be the first place I would visit once it made sense to travel again?

When I started graduate school however many eons ago, after a few months of struggling to manage my time, find ample funding sources, and understand the dissertation process, I bought the book Getting What You Came for: The Smart Student’s Guide to Earning an M.A. or a PH.D. (insert comment about the stupidity of buying the book a few months after already starting classes).

While I guess the book was useful (I eventually graduated), I distinctly remember the book starting with two written in stone caveats, which went something like this: “Whatever you do, do not get married or have children while you are in grad school.”

While decidedly not pregnant, I was engaged with a date firmly set and a honeymoon already planned. When I presented this newfound evidence to my betrothed, I do not remember what she said, but her look has been permanently seared into my psyche.

A scant month or so, she was walking down the aisle on a beautiful October afternoon. A few weeks after the ceremony, we were boarding a jet that would take us to Athens, Greece, and another, much smaller plane would carry us on to Santorini, one of the Cyclade islands in the Aegean Sea.

Coincidentally, I had visited perhaps the most pictoresque of the Greek isles the last time I was “in school” during my undergraduate years.

As my now teenage son (he was born during my third year of grad school, proving, I guess, that I can read but not learn), it has been a minute since I have been to Santorini, but recently while trying to merge photo libraries on my computer, I ran across the photos of that honeymoon trip (which I had the foresight to digitize some time ago–yes, my young millennial, they were taken using film).

We took a ton of photos during those ten days (no, I can’t remember how or why I was able to miss that much class) and here are some of my favorites. 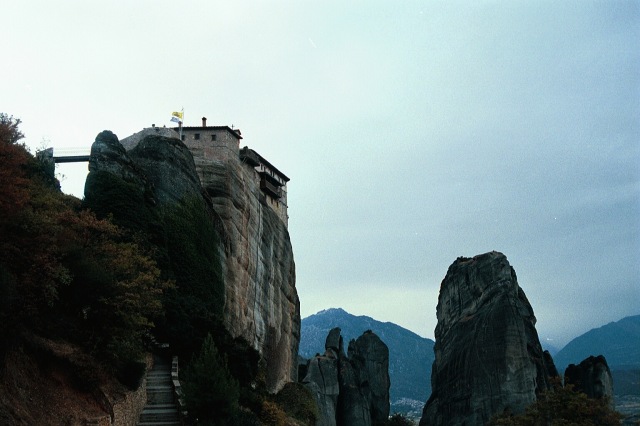 Before heading to Santorini, we had a few days in Athens and took a bus tour of the monasteries of Meteora. While the bus trip was regrettable, the monasteries were remarkable. 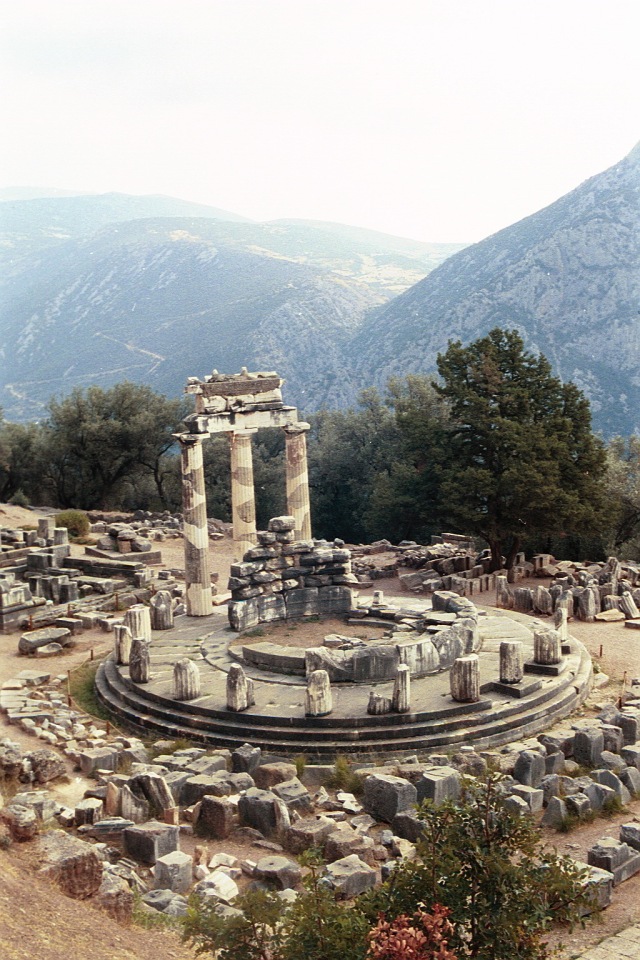 We also stopped at Ephesus, another incredible spot. 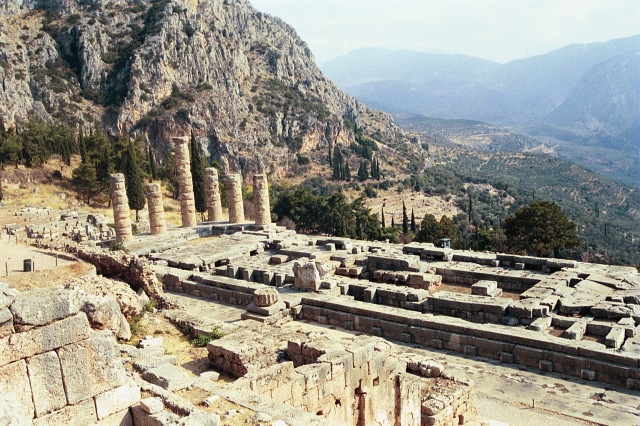 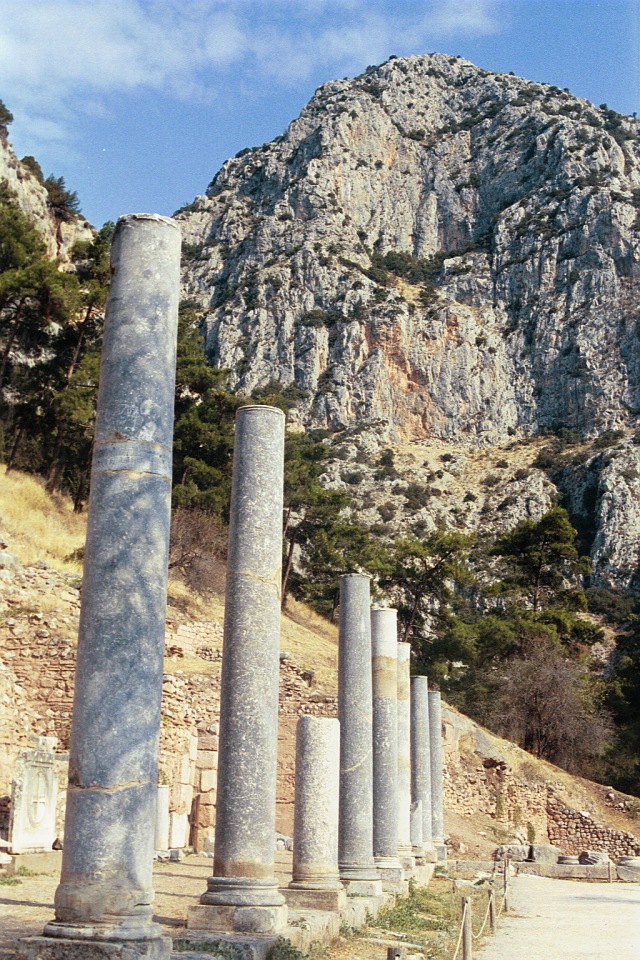 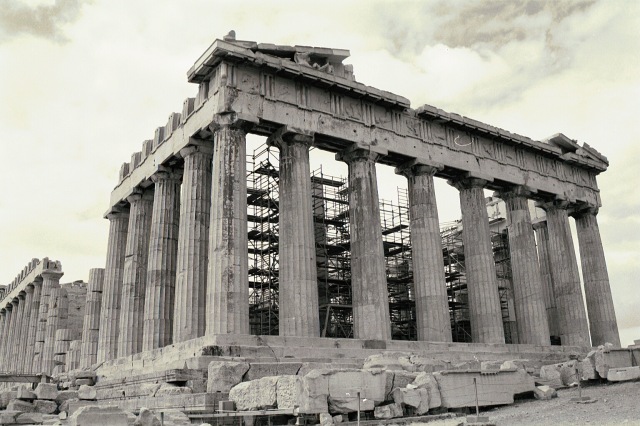 Returning to Athens, I had to go to the Acropolis, which I was not able to visit in college. Although at the time, I did manage to have a gun pointed at my temple and narrowly avoided arrest. So there’s that. 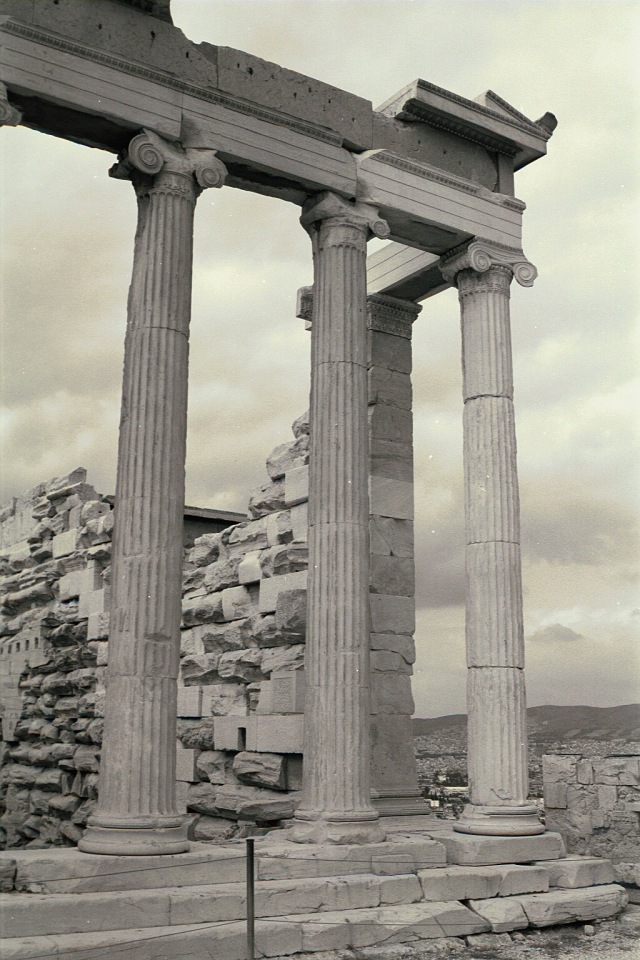 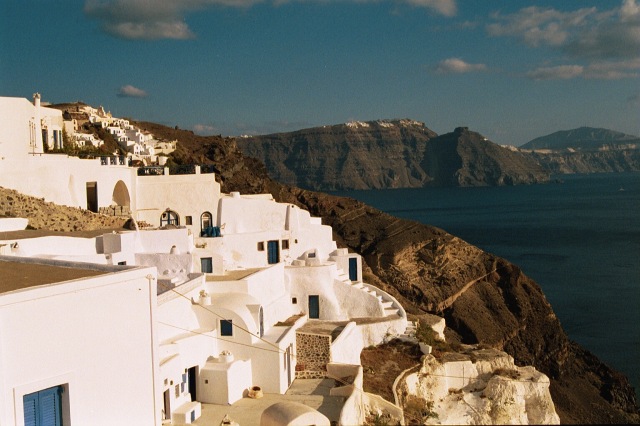 Then it was on to Santorini, which is simply breathtaking at every turn. 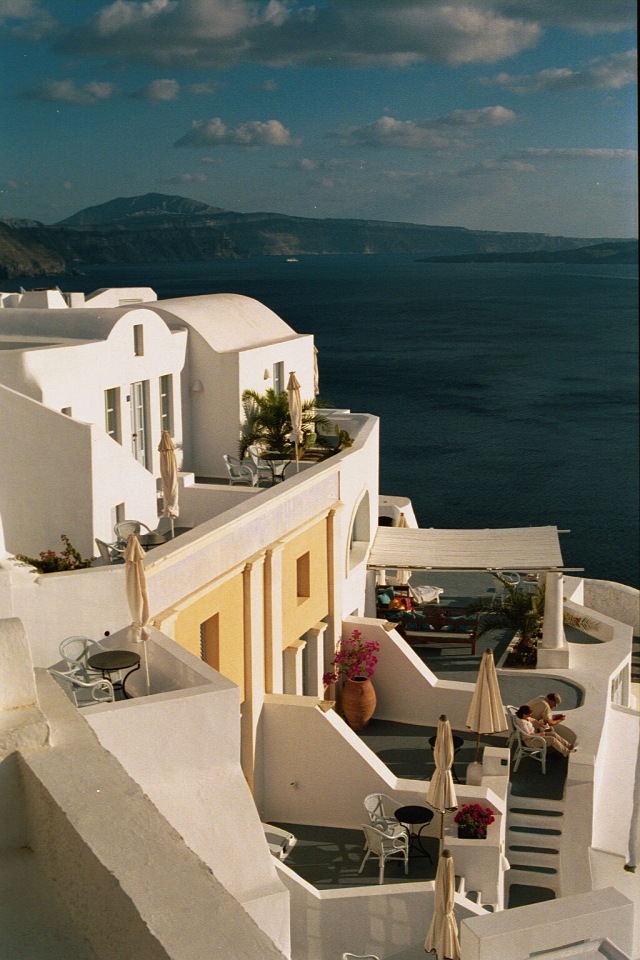 This is the view from our hotel balcony in Thera, the main town on the island. 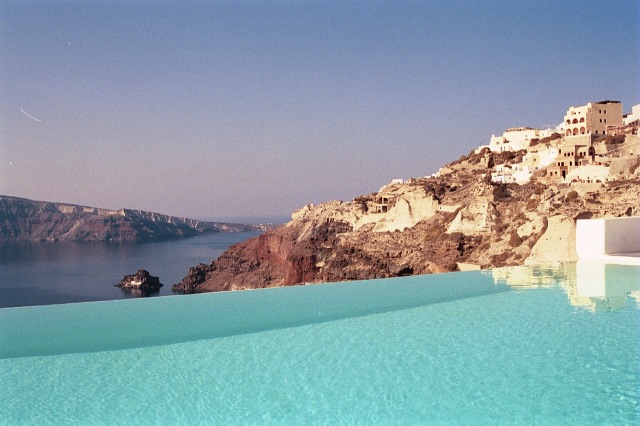 The pool at the hotel was pretty spectacular…. 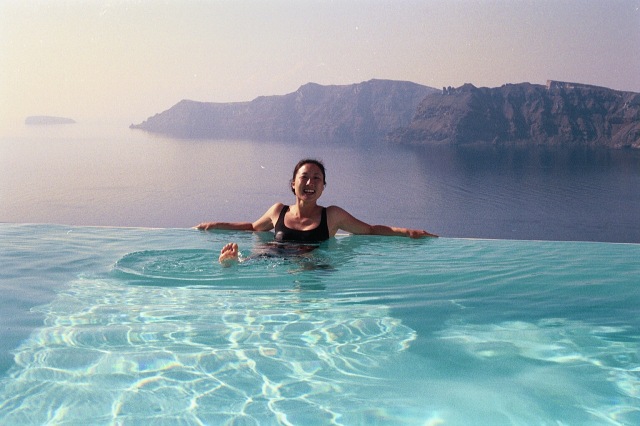 …into which we ventured despite the fact that it was not heated and thus very cold at the end of October. 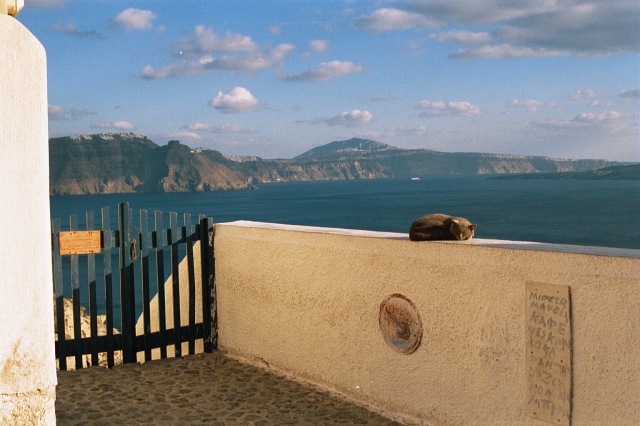 My wife of three weeks was not known to be an early riser (and still isn’t), so I would venture out to take photos. 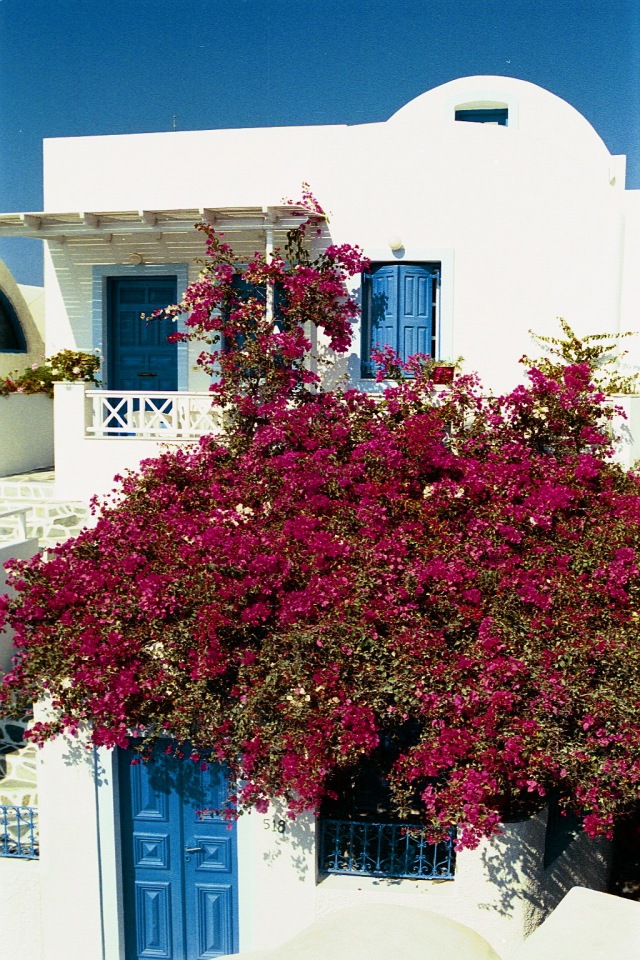 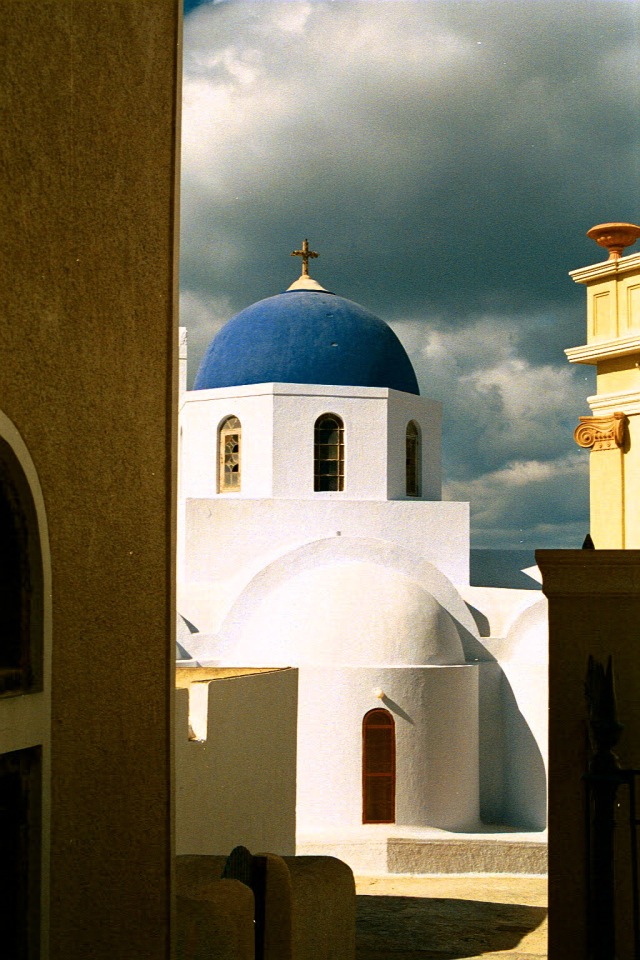 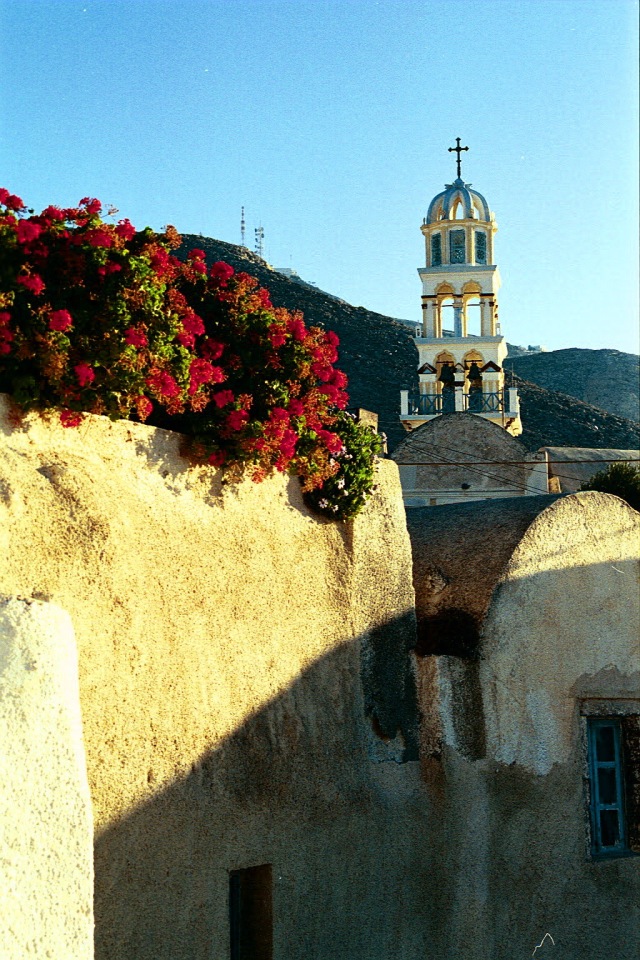 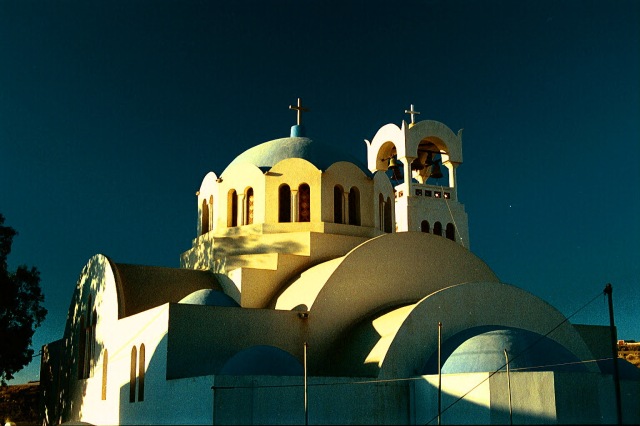 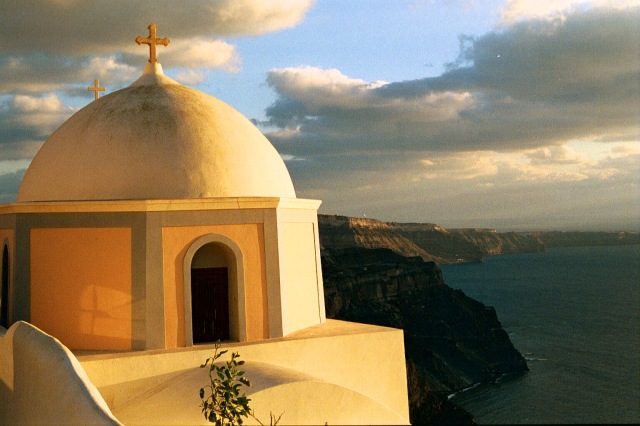 …which are plentiful on Santorini… 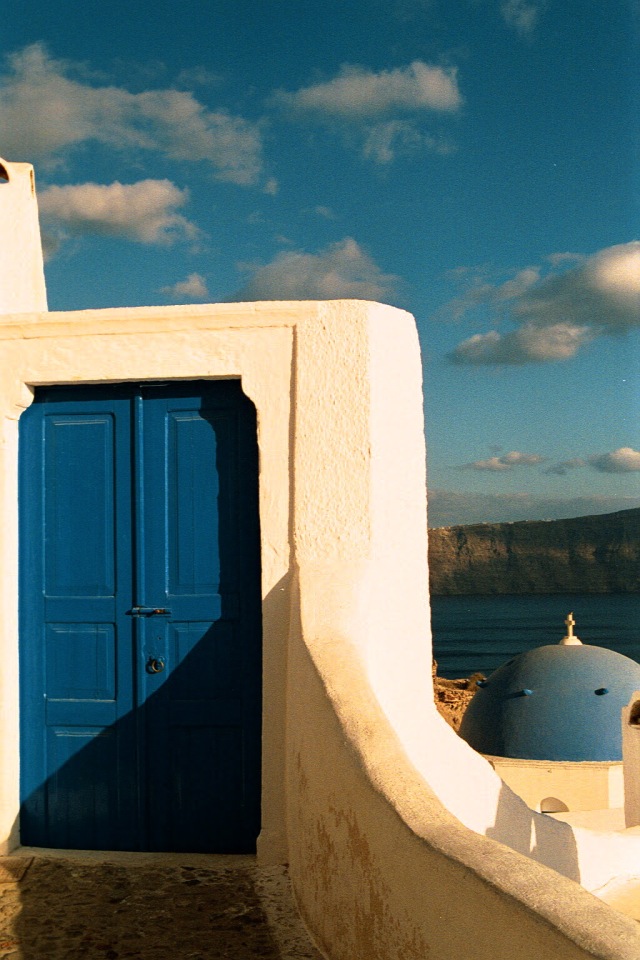 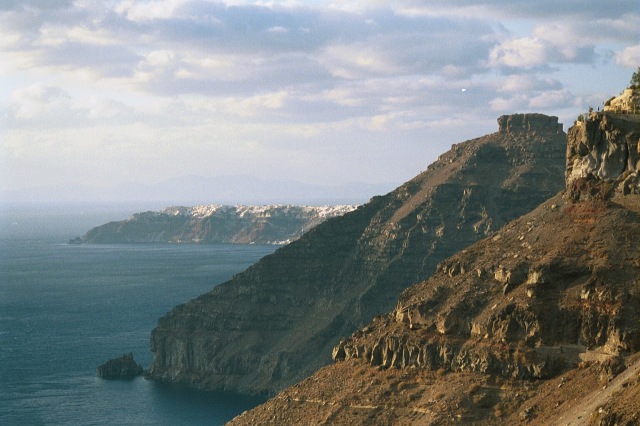 Santorini is a caldera, a volcanic crater, that gives the island its crescent moon shape, which is hard to capture in photographs. 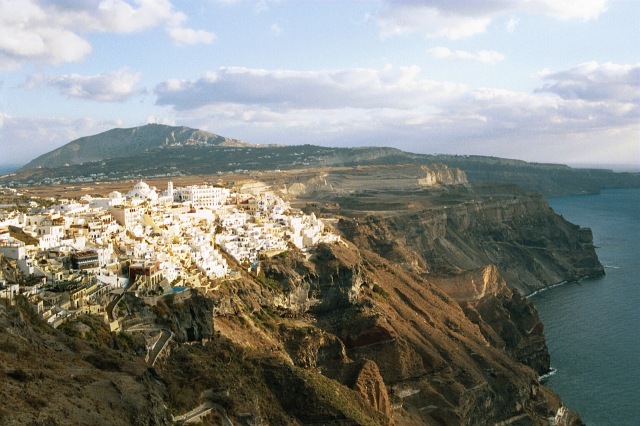 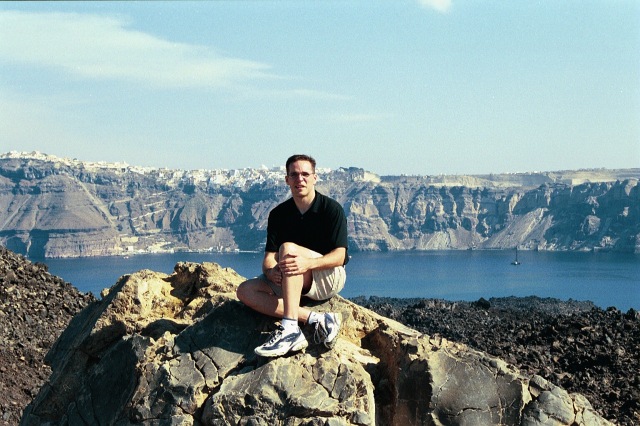 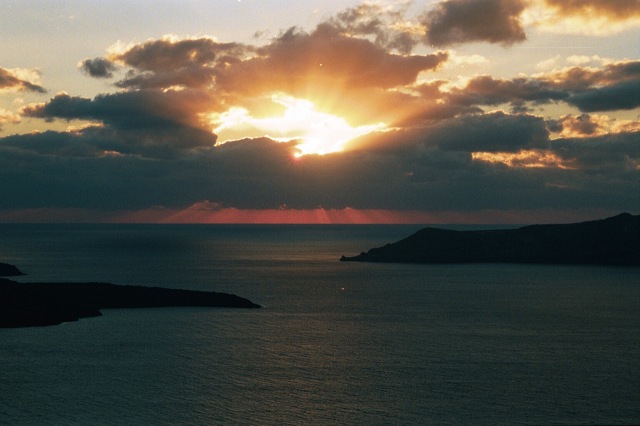 Santorini is famous for its sunsets… 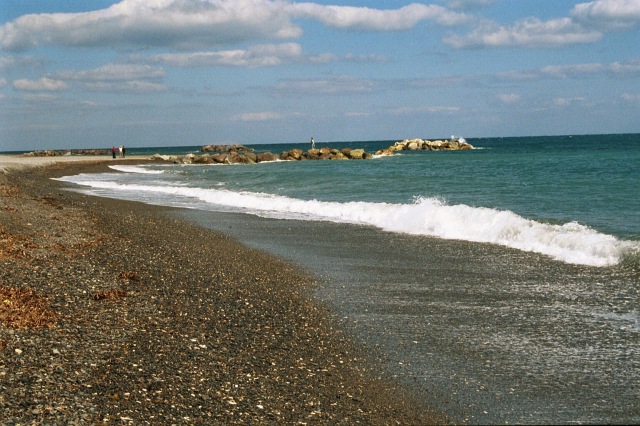 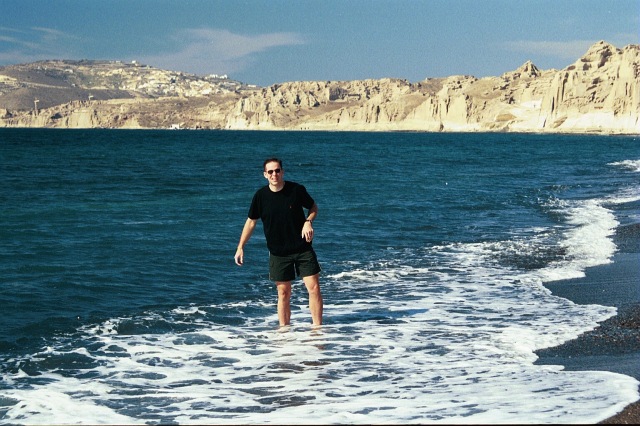 …which are not fun to walk on barefoot… 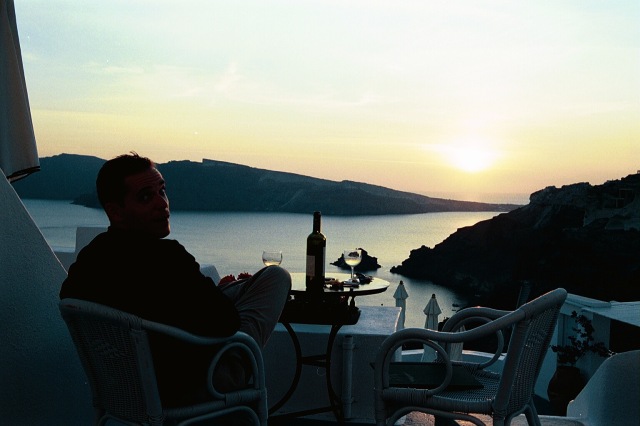 …and white wine from the Assyrtiko grape… 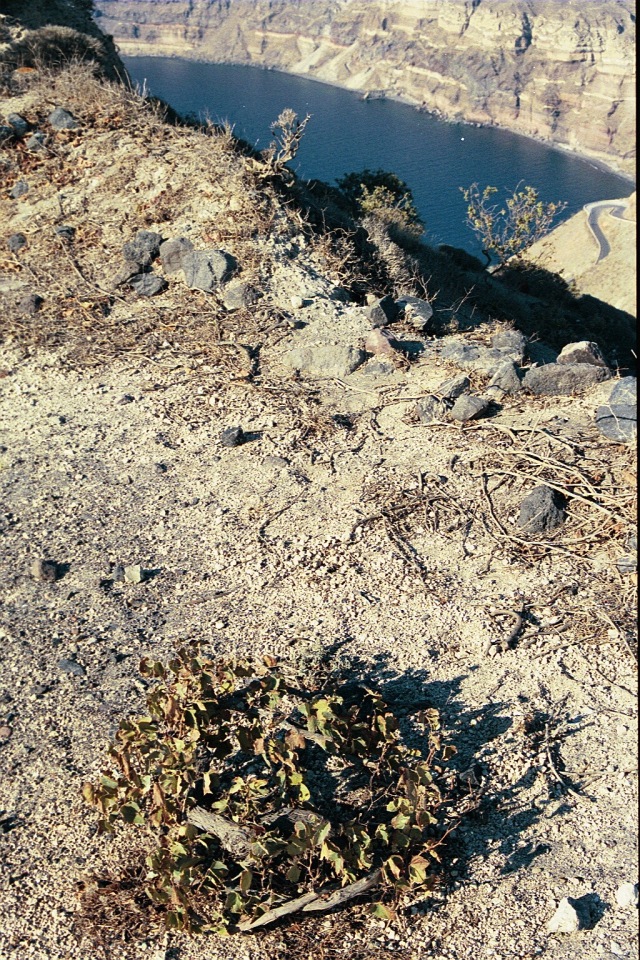 …which, believe it or not, is grown like this, woven into baskets, really low to the ground, to protect from both the wind and sun. Yes, that is a living, healthy grapevine. 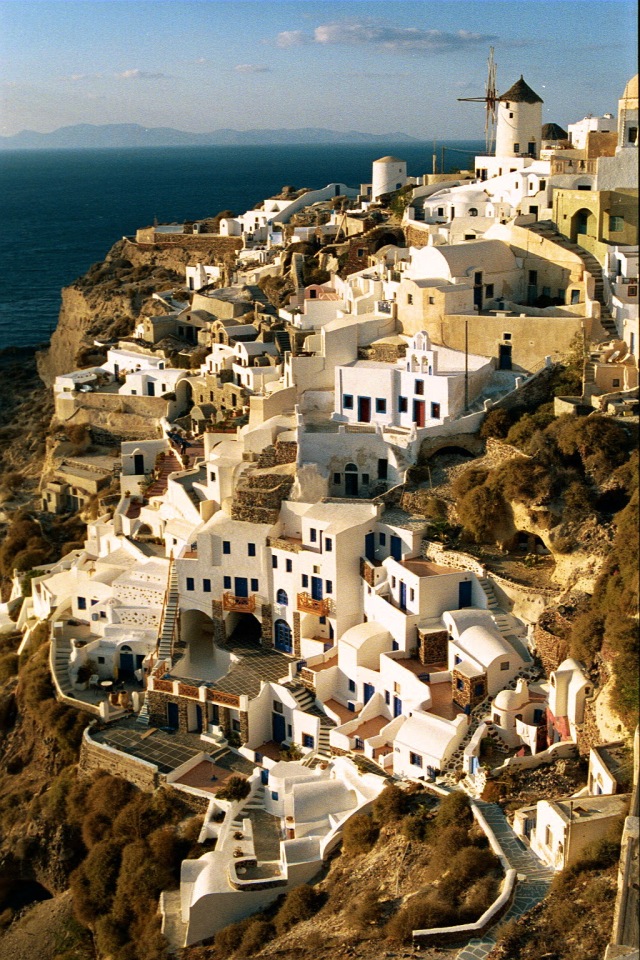 I also like windmills (who doesn’t?) like this one in Oia, the second largest town and some say the best spot for sunsets… 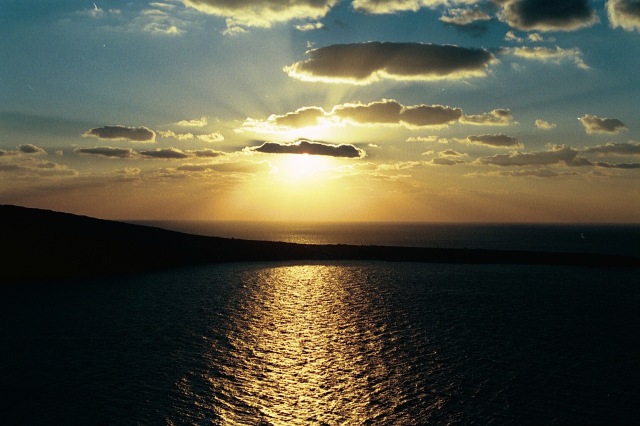 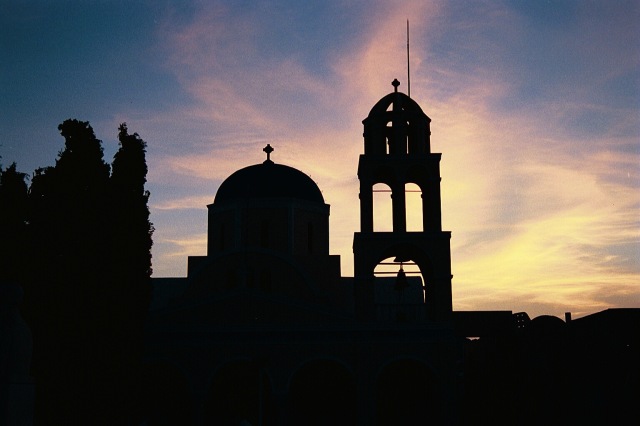 Hopefully, when all this madness ends, we will be back. Our twentieth anniversary is coming up….

I have been an occasional cycling tour guide in Europe for the past 20 years, visiting most of the wine regions of France. Through this "job" I developed a love for wine and the stories that often accompany the pulling of a cork. I live in Houston with my lovely wife and two wonderful sons.
View all posts by the drunken cyclist →
This entry was posted in Wine and tagged Houston. Bookmark the permalink.