A Wine So Good, it Deserves its Own Post

I honestly do not know how many tasting notes I have composed to date. According to Cellar Tracker (the online app where I keep my wine inventory), I have written 4,778 notes as of this morning, but that is far below the actual count since I only started entering notes from the samples I receive a few years ago.

Regardless, I am fairly certain that the note below is my longest tasting note. By far.

Often, as I am opening a bottle of wine, I have an idea about what I am going to write. Not about the particulars of what is in the bottle, but the story behind the wine. As I opened the Tongue Dancer Brut Rosé, however, I was worried. Really worried. So worried, in fact, that I had delayed opening the wine much longer than usual. I waited a good 6-7 months, in fact.

I have known the MacPhails (the dynamic couple behind Tongue Dancer Wines) for years now and have loved all the wines they have produced. But. This was a sparkling wine, and a rosé to boot—two styles that are very close to my heart. (I only conduct three large tastings a year, one is for rosé in the Spring, and another is for sparkling wine in December).

Second, this was James’ first (and supposedly only) foray into making a sparkling wine and well, the first time you do something is not usually your “best” effort (just ask my kids about my first béarnaise sauce—yikes).

And third, there are a ton of wineries out there making a sparkling wine now (which I delve into further in the note) and a lot of them are, well, not all that great. I have never tried it myself, but I have it on good authority that it is more complicated than “adding some bubbles to a wine.” Thus, when I am handed a “new” sparkling wine from a given winery, I accept it with a touch of trepidation.

In short, when Kerry MacPhail sent me their sparkling rosé, I really, really did not want it to suck. 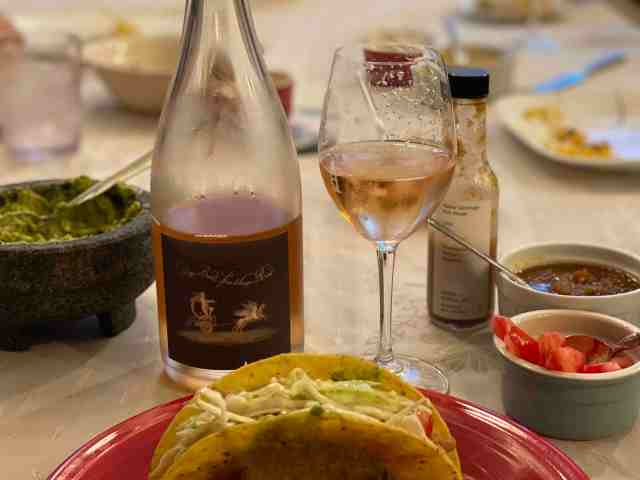 2015 Tongue Dancer Dry Brut Sparkling Rosé, Anderson Valley, CA: Retail $65. 60% Pinot Noir, 40% Chardonnay. According to Cellar Tracker, we consumed 258 bottles of sparkling wine last year, but I think we need a recount on that number. Not to get too political, but I am sure that a number of bottles were not counted, suppressed, if you will, by my laziness and haziness (we often opt for bubbles late when I am less likely to register its consumption). For the sake of argument, however, let’s stick with that number: 258. That’s roughly five a week (it was two short of five a week—had I known that I would have made more of an effort on New Year’s Eve); clearly, an under-estimate, at best. And that was just last year.

Why am I going down this road?

Simple: I like to think that I have more than established my bona fides as an aficionado of sparkling wines. And this Tongue Dancer is good. Really good. Really, really effing good. All cards on the table, I consider the MacPhails friends (and I think the sentiment is mutual) but that has no bearing on my assessment (and they know that). Most (?) sparkling wines from small producers in Sonoma (and Napa) are made by the same outfit. It’s not a tough riddle to decipher, but everyone knows who it is, so no need to rack your brain over it. And I love the people that run the near-universal-sparkling producer (the larger sparkling wine producers, well most of them, control the production in-house). Why do so many producers make their bubbles at this singular winery? Simple: economies of scale. Producing sparkling wine is not a casual endeavor. It requires equipment ($$$$), time ($$$), and space ($$) that for most producers simply does not make sense.

Add to that the fact that almost every winemaker would agree with the following statement: “the more I can control the process, from vineyard to bottle, the better the wine will be.” Well, The aforementioned sparkling wine producer (again, whom I love) takes over a certain proportion of the production. For most, this includes bottling, inoculation (introducing the yeast for the second fermentation), aging sur lies, disgorgement, and dosage (adding a bit of sugar to the wine to achieve the final style). That’s a lot of the process out of the control of the original winery/winemaker.

As a result, I have heard from several people (and have experienced first-hand) that many sparkling wines that go through this singular “producer” or “finisher” taste, well, the same (they are all made by a very capable winemaker, but, they are all made by her/him). 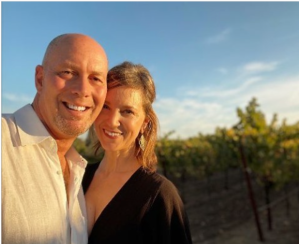 James and KerryMacPhail. I stole this from the Tongue Dancer Instagram page. I hope they don’t mind.

That gets us to this Tongue Dancer Rosé. Yes, James and Kerry MacPhail used this same sparkling wine “consultant” but this wine is completely different than any other wine that I have tried coming out of those extremely large doors.

Most small producers make a sparkling wine to please their wine club, or to have something fun to serve in their tasting rooms, or even to have a wine to open first at winery events, dinners, or release parties. While I have no doubt that in all of these instances the given winery wants to make the “best sparkling wine they can.” And many of them are tasty, Very Good, even Excellent. But. They are often after-thoughts or add-ons and as such they do not warrant the attention and direction that they might otherwise.

Well, that is not James MacPhail. Not even a little bit.

To call James a perfectionist is akin to calling the pope “kinda Catholic.” And it shows here. While I do not have first hand knowledge here (and I will ask James) I imagine that he completely geeked out here. Even though Tongue Dancer only produced 54 cases of this bubbly, I have no doubt that James likely put 2-3 times (or more) the amount of time into this wine than he does for his finest still wines. In fact, I would wager that James put more effort into his two barrels of vins clairs (the base wines that he sent to the sparkling wine producer) for this wine than he did for the sum of all the other wines he made that year.

Really light in the glass, reminiscent of a Provençal rosé in fact, with intense red berry fruit, wet rock minerality, and a strong yeasty component–on the verge of too dominant for me, but…

Rich red fruit, intense acidity, a freshly-baked-croissant kinda yumminess, and a lip-smacking tartness that I just don’t find in American sparklers. Most U.S. bubbles either lack that acidity, have too much sugar (dosage), or both. I can honestly say that this is the best American sparkling rosé that I have had that isn’t called “Le Rêve” (although I would love to taste the two blind side-by-side).

I just checked. I gave the 2015 Domaine Carneros le Rêve a 96. I’ve changed my mind: I think this might be better. Extraordinary, 97 Points.

I have been an occasional cycling tour guide in Europe for the past 20 years, visiting most of the wine regions of France. Through this "job" I developed a love for wine and the stories that often accompany the pulling of a cork. I live in Houston with my lovely wife and two wonderful sons.
View all posts by the drunken cyclist →
This entry was posted in Champagne, Chardonnay, Pinot Noir, Wine and tagged Fernão Pires, Loureiro. Bookmark the permalink.